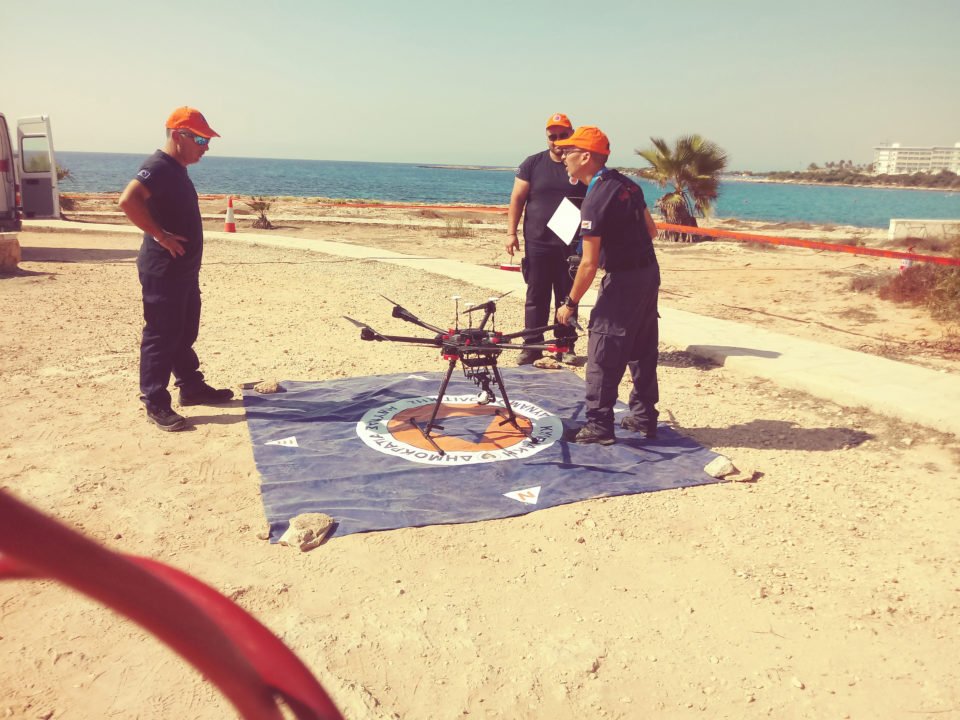 Forty-five people from 16 EU member states and Israel participated in a four-day workshop organised by the Civil Defence on the use of drones during emergencies, which wrapped up on Friday.

The final day of the workshop included an exercise on the use of drones in Landa area in Ayia Napa. The scenario concerned locating missing persons at sea. Other uses would include spotting forest fires and flooding and lifesaving

According to the head of the Civil Defence for the Nicosia and Famagusta districts, Kyriacos Hadjigeorgiou, the purpose of the exercise was to give the opportunity to European Union experts exchange views with each other, as well as with members of the Civil Defence, the Forestry and Police Departments.

At the same time, he added, the aim was to test the equipment, not so much the hardware but the software that was developed by the University of Cyprus’ KIOS Research and Innovation Centre of Excellence, to assist Civil Defence in resolving various operational problems.

The use of drones is to provide information for making quick and proper decisions in emergencies, he said.  He explained that different handling is needed for floods, fire or to search for a person.