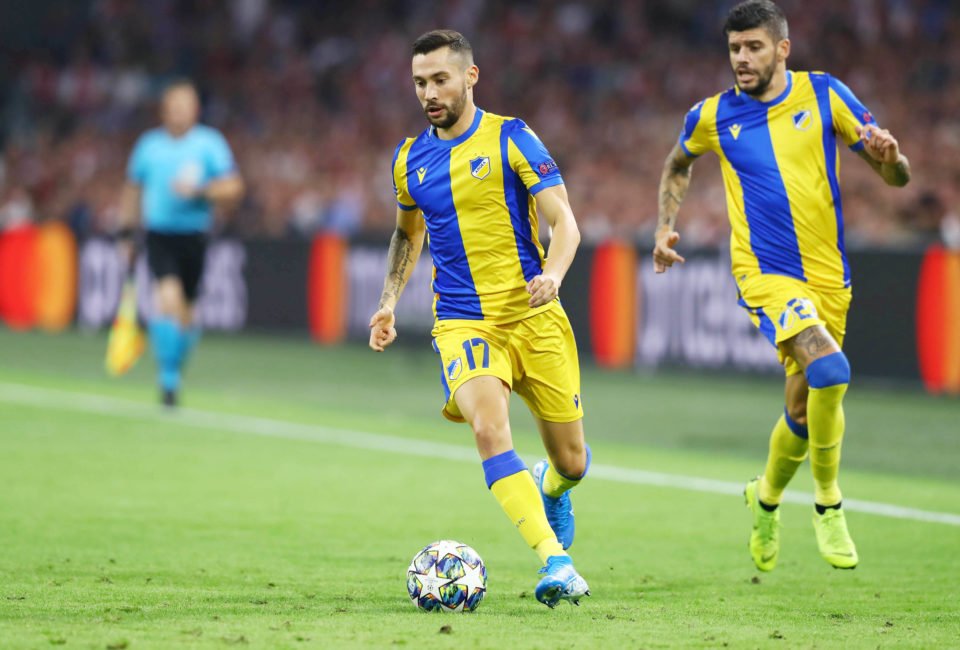 The football championship resumes this weekend following the international break with all but one fixture expected to be closely fought battles.

Apoel begin their title defence against the last team to defeat them in a domestic game, and that was Ael in the cup final last May. Apollon are at home to ambitious Paphos FC while AEK take on current leaders Omonia at the Arena stadium.

Pointless Enosis take on Anorthosis with the Famagusta team the clear favourite while two teams expected to be involved in the relegation dogfight later this season, Doxa Katokopias and Ethnikos Achnas meet at the Makareion stadium.

Champions Apoel have a good record in their opening games having won them all in the last seven season openers.

However, AEL will be a tough customer for Apoel and their German coach Thomas Doll.

Despite his limited resources Dušan Kerkez has managed to turn AEL into one of the most difficult sides to break down while on the break they are more than capable of punishing opposing teams.

Doll will be without the injured defensive duo of Vujadin Savić and Pantelis Vouros, who would probably have started the game had they been fit with Giorgos Merkis and Nicolas Ioannou expected to fill in.

Summer signing Alef is back in training with the rest of the squad but it is unlikely that Doll will risk starting him given that next Thursday Apoel begin their Europa group campaign against Dudelange.

Ael have a poor record against Apoel at the GSP as the last time they registered a win was 8 years ago and since then they have lost nine games and drawn the other three.

It’s been a long time since Omonia last sat proudly at the top of the table and a win against AEK will ensure that they remain there.

Following their wins in their opening two games their fans have already begun talking of a new era after years of false starts but their first real test will be at the Arena stadium on Sunday.

Omonia’s Czech defender Michael Lüftner appeared confident ahead of the game saying that their opponents are the ones who should worried and concluded “in such big games a lot depends if you really believe that you can win, and we do believe.”

AEK though have not lost to Omonia (in six meetings) since they moved to their new ground in 2015.

AEK’s coach Imanol Idiakez admitted that he was impressed by the ‘new’ Omonia this season but said “if we play according to our true capabilities then I believe we shall win the game.”

Ivan Vukomanović, Apollon’s new coach, barely had time to learn the names of his players and he is thrust into action hoping for a winning start against Pafos FC.

Apollon faced the Paphian team in their opening game of last season and thumped five past them.

However, it could be a different story this time round, as on paper Pafos FC have made the most impressive summer signings.