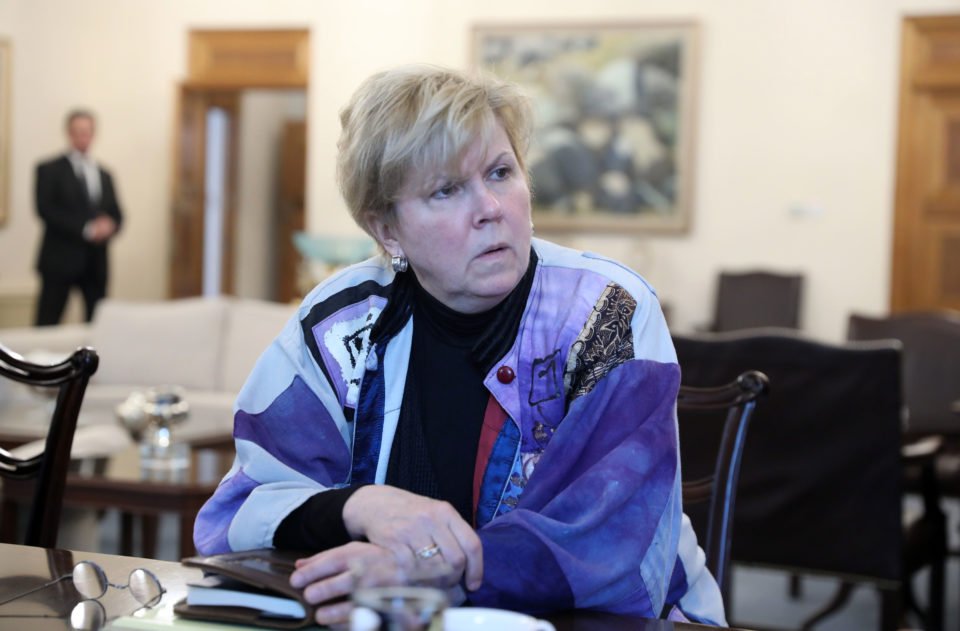 If you are bored with the Cyprus problem look away now. Before you do spare a thought for Jane Holl Lute, the UN secretary-general’s envoy, who flies thousands of miles from New York to Cyprus and back to discuss the wording of the terms of reference to kickstart the Cyprus talks that ended acrimoniously at Crans-Montana in 2017.

Ms Lute looks more and more perturbed with every round trip. So would you if you had to listen to Cyprus problem bores for a whole week with nothing to show for it, and then endure a reception in their honour for the privilege.

I don’t know who thought it was a good idea to introduce terms of reference into the equation, but whoever it was had no experience of Cypriot politicians. A well-known journalist once observed with considerable acuity that Cypriot politicians are masters of circumlocution and ambiguity, and so they proved.

I thought that terms of reference were pointers given to public inquiries to establish the facts about a topic of public concern and make recommendations to avoid repeating the same mistakes in future.

The 2003 Iraq war is a good example of a topic of concern in the UK. An inquiry was set up in 2009 and reported in 2016 – specifically on whether the British prime minister misled parliament about weapons of mass destruction in Iraq. Britain had gone to war on a false prospectus and people wanted to know if the prime minister lied to the nation.

The terms of reference of the Iraq inquiry were short and to the point: ‘to consider UK’s involvement in Iraq between 2001 and 2009 including the way decisions and actions were taken and to establish, as accurately as possible, what happened and what lessons can be learned. Those lessons will help ensure that if we face a similar situation in future the government of the day is best equipped to respond to those situations in the most effective manner in the best interests of the country.’

The terms of reference between UK and the EU on Brexit were also very short, to do with citizen rights, financial settlement and separation issues, and a dialogue on Ireland/Northern Ireland plus a few procedural matters.

So you would think that terms of reference for resuming the Cyprus talks could easily have been set by the UN secretary-general, asking the parties to engage in further talks to consider the way negotiations were conducted at Crans-Montana and identify what lessons could be learned and whether there was enough common ground to proceed more effectively in the pursuit of permanent peace.

Lo and behold, the Turkish Foreign Minister Melvut Cavusoglu immediately threatened to open Varosha, which is like a red rag to a bull for most Greek Cypriots. And I have to say, most unfair to the Greek Cypriot refugees who had to flee their beloved town in fear of their lives and have been prevented from returning for 45 years.

Perhaps it is a tactical move, but it is very insensitive. In his play Othello, Shakespeare wrote about Turkish tactical moves regarding Cyprus which I paraphrase to show up Melvut Cavusoglu’s threat.

‘Tis a pageant to keep us in false gaze.

When we consider the importance of Cyprus to the Turks,

We must not think them so unskillful

To leave that last which concerns them first,

Neglecting what is profitable for something dangerous and pointless.’

The importance of Cyprus to the Turks is something that both communities must learn to negotiate to advantage. That much is given. But why does Turkey raise Varosha when it did not concern her first?  And why fire up the Greeks with a pointless humiliation that could be dangerous when Turkey could profit by being less strident?

As for Evkaf – the Turkish Charitable Trust – its claim to own Varosha in Famagusta flies in the face of Turkish Cypriot legal policy that has always accepted Varosha as Greek Cypriot owned.  As Barcin Yinanc, news editor of Hurriyet Daily News, said in an article last week: why keep it closed for 45 years as a bargaining chip, and why offer it in exchange for opening Ercan [Tymbou] airport to international flights if it was Turkish Cypriot owned? If you ask me, Evkaf’s claim is as misconceived as it is mischievous and Melvut Cavusoglu’s threat is as crude as it is thoughtless.

People need to think critically to achieve permanent peace to replace the 1974 ceasefire line in Cyprus. You don’t have to support the Turkish side on Varosha just because you are Turkish Cypriot. And you don’t have to support the cack handed way President Anastasiades conducts the Cyprus talks just because you are Greek Cypriot.

I have no problem saying it loud and clear: Turkish threats to open Varosha are borne of opportunism, avarice and greed.

I spent a year from 1967-68 working in the British library at Lion House in Varosha and I got to know the town well – the King George Hotel where I used to go for the odd drink and a swim, and the Boccaccio cafe in the high street for coffee and cake, and the Perroquet night club with its fantastic band from South America for fun, and the fragrance from the orange orchards in blossom all evoke a bitter sweet nostalgia of the way it should have remained.

Tales from the coffeeshop: Courageous defiance or plain teenage silliness?