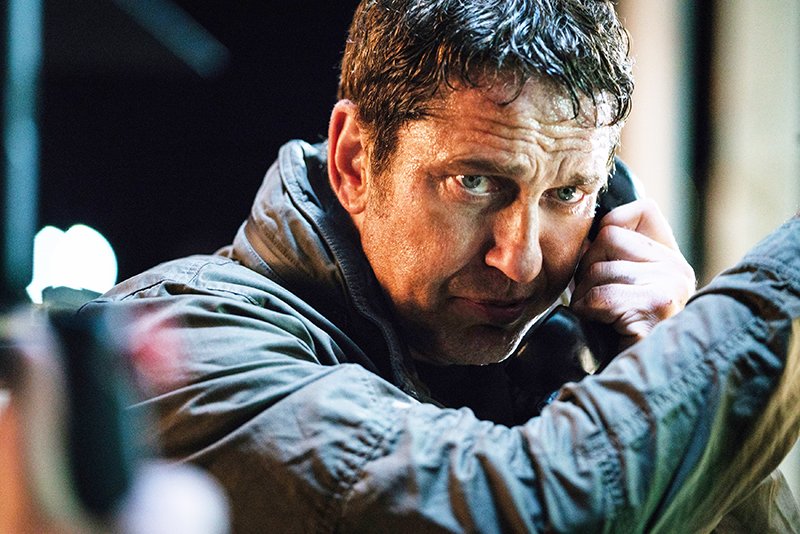 When Gerard Butler began his tour of duty as Secret Service agent Mike Banning in 2013 in Olympus Has Fallen, Barack Obama was comfortably installed in the White House.

The sequel, London Has Fallen, was released three years later, when Democrats and Republicans were mired in the process of choosing candidates to replace him.

Angel Has Fallen, the brutish third chapter in the franchise, taps into sweeping changes in the political landscape since 2016 and imagines an American administration willing to assert its power over the rest of the world – specifically Russia – through military might.

He punctuates a predictable tale of betrayal and redemption with as many stabs, body blows and explosions as possible.

Occasionally, gratuitous destruction careens into the realm of the hilariously overblown, leaving Butler to glower intently into the camera.

Pleasures are restricted to Nick Nolte, who provides intentional comic relief and pathos as a new addition to the Banning family tree, and Morgan Freeman, who lends gravitas to clunky lines of dialogue as a US President advocating diplomacy over confrontation.

In this land of make-believe, Secret Service agent Mike Banning (Butler) discreetly visits doctors complaining about dizziness and insomnia, which are affecting his ability to protect US President Allan Trumbull (Freeman).

“You’re a disaster waiting to happen,” one medic warns.

Before he can give a definitive answer, a meticulously orchestrated drone attack during the President’s fishing trip results in the slaughter of 18 Secret Service agents.

Trumbull languishes in a coma and, when Mike regains consciousness, he is handcuffed to his hospital bed, accused of the attempted murder of the most powerful man in America.

Framed and publicly vilified, Mike goes on the run to clear his name and turns to a most unlikely ally: his estranged, survivalist father (Nolte).

Angel Has Fallen grinds through two gears – calm and storm – taking its emotional cues (or lack thereof) from Butler’s muscular but soulless performance.

The twists in a script co-written by Robert Mark Kamen, Matt Cook and director Waugh are clearly telegraphed, including the identity of the mastermind responsible for Banning’s downfall.

Action sequences are assured but some digital effects don’t gel convincingly with live-action elements. Entire buildings fall along with plausibility and we’re expected to rummage through the rubble for fleeting entertainment.