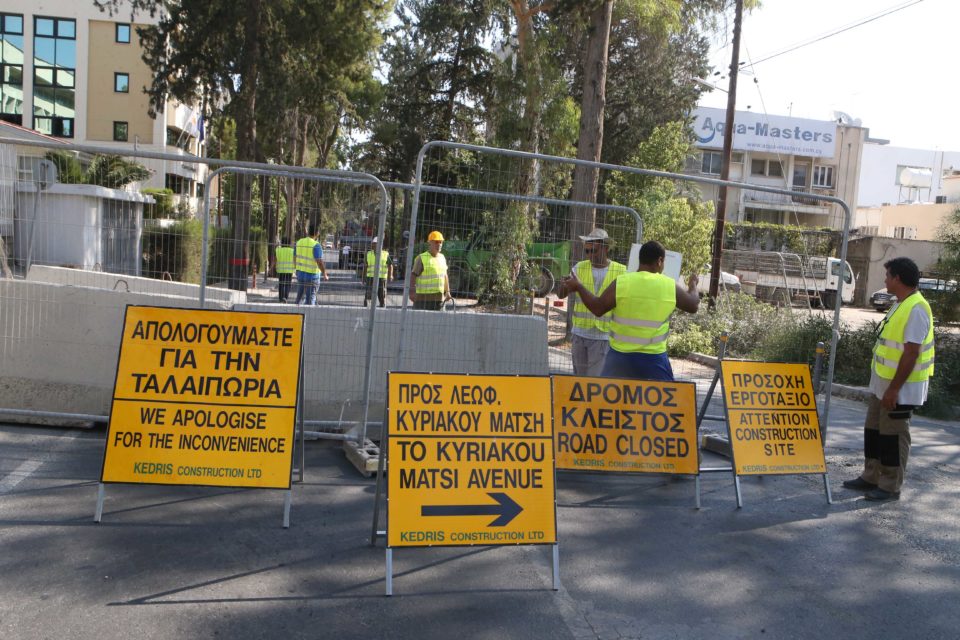 With road works on a stretch of Kyriakos Matsis Avenue underway on Monday, traffic chaos in Nicosia appeared to have reached a new peak with work set to go on for 15 months in three phases of five months each.

Each phase will be opened to traffic as the roads are completed.

At the start of the works on Monday seven of the iconic trees that have lined the avenue for decades were felled, and it can’t be ruled out that more will fall victim to the project as new pavements are constructed, though the contractor will reportedly replace each of them.

When the project was announced in August the municipality said it was seeking to improve traffic conditions on the road, and to aid pedestrians and people with disabilities. They were not specific about cutting down the trees.

“The character of the road will remain the same with the high cypress trees, while the project will significantly enhance the greenery by planting a large number of large trees,” the municipality said at the time.

“It is a big inconvenience to the already inconvenienced Nicosia,” reporter and Nicosia resident Rolandos Kettos commented on radio Trito. “From wherever you enter Nicosia centre, you encounter huge problems. Yes, the road works are necessary, but could they not finish one before starting another?”

On Friday the municipality said Nicosia traffic congestion is a serious problem and plans to tackle it needed to be implemented immediately.

However, they said the inconvenience would only be temporary.

“Their [the road works] completion, especially those that are part of the integrated Nicosia mobility plan, will help alleviate the problem, provided all the provisions are implemented,” a statement said.

The integrated Nicosia mobility plan provides for an increase in public transport, the creation of cycling paths and lanes and one-way streets to make room for bus lanes.

The problem concerns primarily the entrances to the city centre.

Foreign experts have suggested specific projects to reduce the traffic chaos which are part of the plan, such as offering the free use of public transport for some time, increasing the number of bus routes and the operation of a tram network.

Two days earlier police chief Kypros Michaelides said problems have been exacerbated due to road works in the centre of Nicosia and the start of the new school year recently and he announced that police officers would be placed at major junctions during peak traffic in the mornings to regulate the flow. 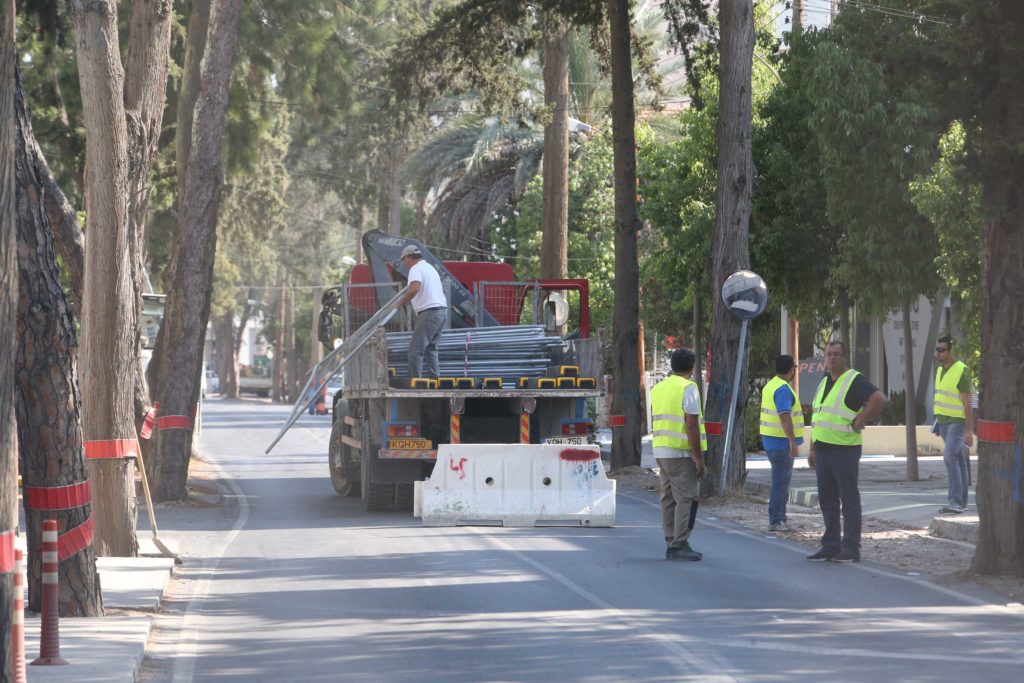 EU split over budget as Germany wants to restrict spending