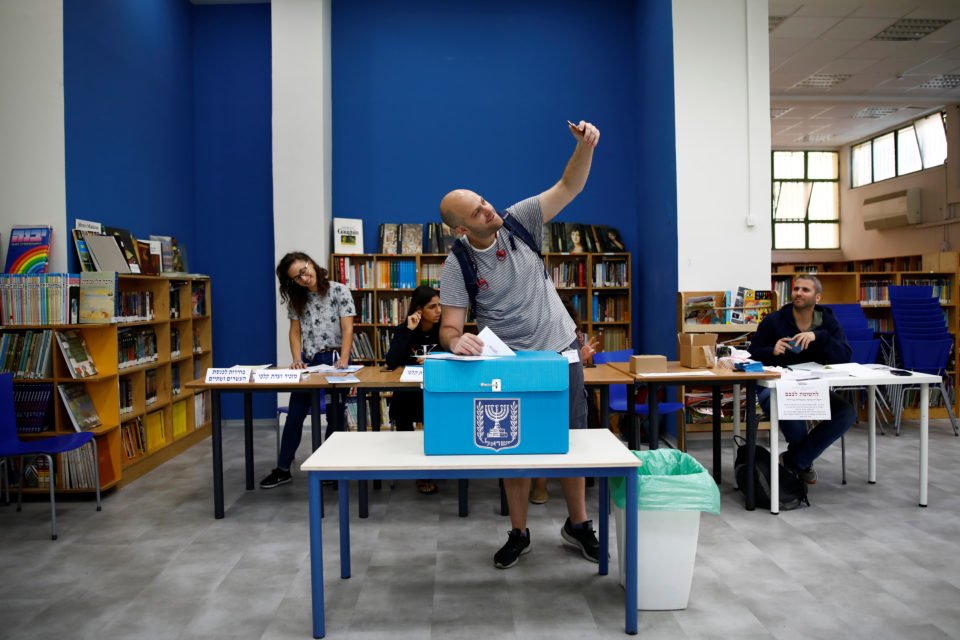 Prime Minister Benjamin Netanyahu’s battle for political survival looked set to continue for days or weeks after Israeli exit polls at the end of Tuesday’s election showed the race too close to call.

The surveys by Israeli television stations showed Netanyahu’s right-wing Likud with 31-33 of parliament’s 120 seats compared with 32-34 for the centrist Blue and White led by former general Benny Gantz. The exit polls indicated that Netanyahu’s ally-turned-rival, ex-defence minister Avigdor Lieberman, could be the kingmaker, with the backing of his far-right Yisrael Beitenu party critical to the formation of any ruling coalition.

The ballot followed an inconclusive election in April in which Netanyahu showed rare political weakness and failed to put together a government. Netanyahu, at 69 Israel’s longest-serving prime minister, seeks a fifth term after a decade in power.

Likud and Blue and White were tied at 35 seats in April’s election, and would need to enlist support from smaller parties with a wide range of agendas for a coalition government.

As in the election five months ago, his opponents, including Gantz focused on corruption allegations against Netanyahu, who denies any wrongdoing.