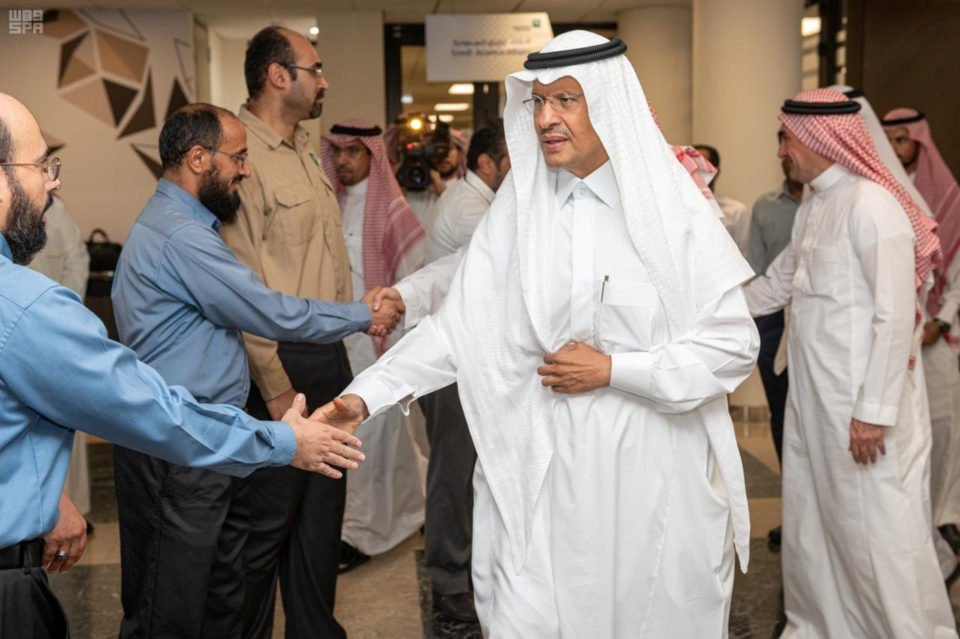 Oil prices declined on Tuesday, although the market remains on tenterhooks over the threat of a military response to attacks on Saudi Arabian crude oil facilities that halved the kingdom’s output and prompted a price spike not seen in decades.

Saturday’s attacks raised the prospect of a major supply shock in a market that in recent months has focused on demand concerns due to the pressure on global growth from an ongoing U.S.-China trade dispute. Saudi Arabia is the world’s top oil exporter and has been the supplier of last resort for decades.

On Monday, the prices surged nearly 20% in intraday trading in response to the attacks, the biggest jump in almost 30 years, before closing nearly 15% higher at four-month highs.

Saudi energy minister Prince Abdulaziz bin Salman will hold a news conference at 8.00 pm local time (1700 GMT). State-owned producer Saudi Aramco has not given a specific timeline for the resumption of full output.

“It’s not a great thing to say, but if something like this is going to happen, at least it happened at a time when there is a surplus in crude and U.S. production is growing at such a fast clip,” said Tony Nunan, Tokyo-based oil risk manager at Mitsubishi Corp.

U.S. oil output from seven major shale formations is expected to rise by 74,000 barrels per day (bpd) in October to a record high 8.843 million bpd, the U.S. Energy Information Administration said in its monthly drilling productivity report on Monday.

Still, a gauge of oil-market volatility on Monday rose to the highest since December, and trading activity showed investors expect higher prices in coming months.

Equities and other markets were also under pressure on Tuesday.

Japan said on Tuesday it would consider a coordinated release of oil reserves if necessary.

U.S. President Donald Trump said on Monday it looked like Iran was behind attacks but stressed he did not want to go to war. Tehran has rejected the charges that it was behind the drone strikes.

Relations between the United States and Iran have deteriorated since Trump pulled out of the Iran nuclear accord last year and reimposed sanctions on its oil exports.

Washington also wants to pressure Tehran to end its support for regional proxy forces, including in Yemen where Saudi forces have been fighting Iran-backed Houthis for four years.

“With the U.S. ‘locked and loaded’ awaiting signs from Saudi Arabia that Iran was involved, tensions in the Middle East could get worse before they get better. Under these circumstances, the price of oil could remain elevated for some time yet,” City Index analyst Fiona Cincotta said.

The attacks on Saudi Aramco’s crude-processing facilities at Abqaiq and Khurais cut its output by 5.7 million barrels a day and threw into question its ability to maintain oil exports.

Aramco could maintain deliveries this week by tapping into stockpiled oil, a source said on Monday; several other sources said at least five Asian refineries would receive their allocated volumes in October.

But some loadings are delayed. The company told PetroChina on Tuesday its loadings of light crude for October would be delayed by about 10 days, a senior Chinese state oil source with knowledge of the matter said.