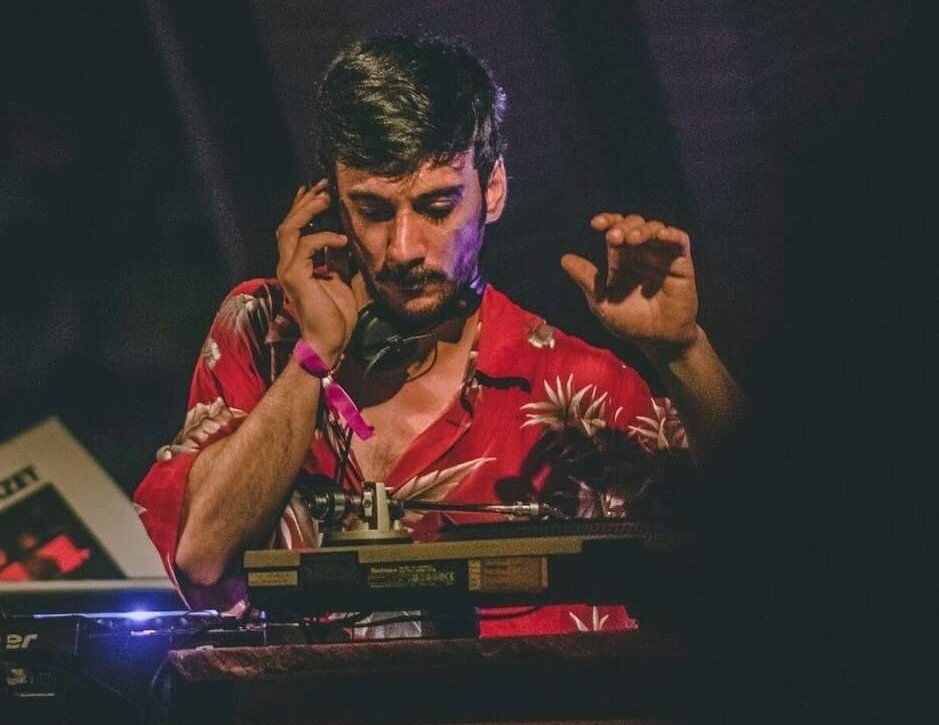 Although somewhat quielty, the local record culture has steadily been following the steps of the global comeback of vinyl, a phenomenon which began in the early 2010s. “Around the turn of the millennium everyone, globally, not only in Cyprus went towards experimenting with new digital controllers, new technologies, mp3s… everyone was excited, but at some point people start reminiscing the past and remembering what was cool about the past,” says bar owner and DJ Andreas Stylianou.

Since the early 2000s, CDs were partially replaced by digital downloads and somewhat overtook vinyl, the analogue format made of polyvinyl chloride which had up until then been the main vehicle for the commercial distribution of pop music. Yet in 2007, an increase in vinyl sales was noted globally and by the early 2010s it was growing at a very fast rate.

“Vinyl has never been as popular as it is now,” continues Stylianou, also known as Mr Fox when standing behind the DJ box. “I think DJs play a huge role in this revival, but I think it’s also a natural occurrence in the sense that you can’t appreciate a technology’s quality if you don’t see other technologies that are a lesser technology. People are understanding the value of buying records and listening to music especially when it’s the sole activity you’re doing; when you’re on a laptop and you’ve got a youtube window open and you’re doing three other things on three other windows, and you’re working, or you’re doing whatever it is you’re doing, you’re actually listening to music while doing five other things but when you’re playing a record it’s the only activity you’re doing. I think people are also appreciating that,” he adds.

Along with the increase in sales, vinyl’s revival is also said to be evident in a renewed interest in record shops. In Nicosia one of the first record shops, Magos Record shop, was opened by prominent DJ Magos over five years ago, with others following suit. But more recently other record shops are opening up across the island, including Dabanda in Vinyl in Paphos and Autobahn in Limassol.

“Most record shops here are very traditional record shops where anybody can go and find music; they’ve got a little bit of everything. Autobahn is what I would call a proper record shop; it’s a place where you won’t find everything, you will find tastes of the owner and he will have a well curated selection of records that have a particular aesthetic and style maybe. This is a bit of a step up in our record culture in Cyprus,” says Stylianou. 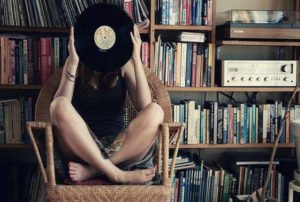 When Stylianou began collecting and building his record collection six or seven years ago there were very few people doing so and very few DJs chose to play vinyl. “I was a DJ before I became the owner of Sousami (in Limassol) and from knowing practically no one who played vinyl or tried to build the culture as I was, there’s so many DJs nowadays that play only vinyl. A shift from using technology to going back to using the pickup and vinyl is obvious and it’s definitely a school of thought in the DJ world, and a very prominent one which I’m definitely part of,” he stresses.

“I think DJing should only be about mixing: don’t mess with the song, don’t put cheap effects and slanders over the songs, hundreds of thousands of dollars were made to produce these tracks and songs, made in studios with really good gear, don’t mess it up with average digital controllers that you bought for 50 euros. Don’t do that!” he warns, “I’m all about mixing records well and all about playing good records. Nothing else.”

To this end, the revival of vinyl has been encompassed within a greater revival of retro style, especially since many vinyl enthusiasts are too young to remember it as a primary music format. Stylianou – who hosts regular vinyl bazaars at Sousami – agrees with this yet is adamant to reinforce the new generation’s stance. “The new generation has been brought up with something even better than that: many kids won’t associate with having vinyl played within their homes or being used as a primary medium.

“I happen to know two DJs that are young, they’re in their 20s and they’re fresh, they’re getting a lot of hype in Cyprus, what they’re seeing and what’s making them want to do this is us, they’re seeing me, they’re seeing DJs such as Cotsios O Pikatillis and Gustav, they’re seeing our generation doing things and they know that we only take seriously people that DJ with vinyl, they know this, they want our respect, they see us do it and they want to do it too,” says Stylianou. “Vinyl is in the DJing culture and DJs are into that culture or want to be in that culture, they have their role models, they see what the people they think highly of are doing and they want to be doing the same. I did the same thing,” he adds.

Yet living in an era where everyone is so connected and able to share anything, at any moment, it’s questionable how a music enthusiast who uses vinyl as their medium can fit into this equation.

“Traditionally people meet to share music and vinyl, of course, but there’s global websites such as Discogs, an online community of record enthusiasts/lovers that buy, sell, exchange,” says Stylianou, “maybe it’s also a good things that we’re moving a bit away from the computer and the internet, let’s go to a record shop and see humans, be more tactile with our experience listening to music, and ultimately hold an object in our hands which has art work on it and is beautiful,” he adds.

In March 2018 Sony Music began producing vinyl records in-house for the first time since 1989. Locally, we see record labels such as Louvana Records increasing their vinyl production too.

“Cypriot artists that are doing original work are printing their work on vinyl too,” affirms Stylianou. “Mighty Sugarcane have just released a record and it’s printed on vinyl, Arcadian Child, a psychedelic rock band, they’ve got two records out, both on vinyl, everyone is printing on records and this is in Cyprus.