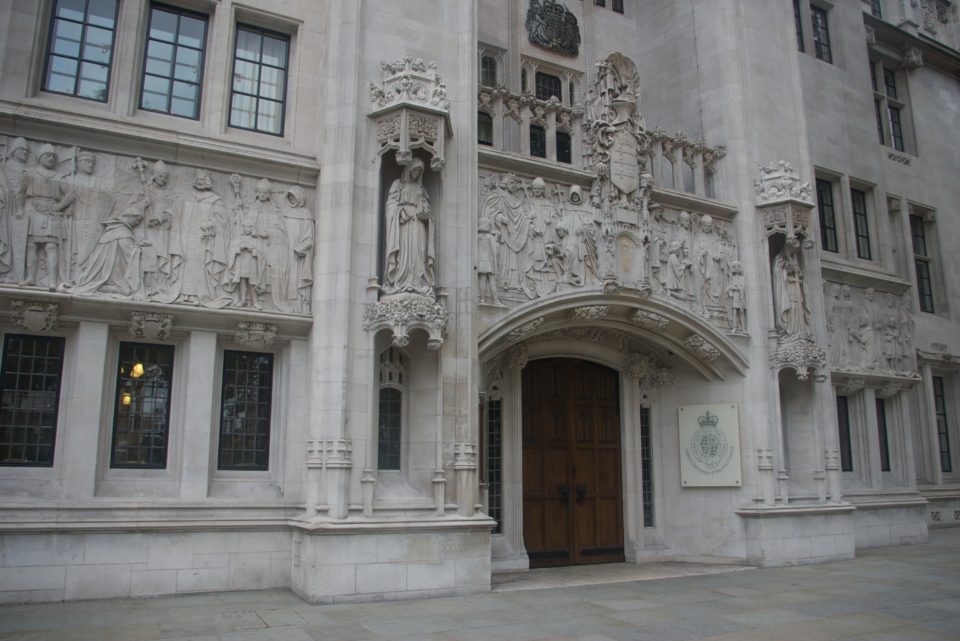 The Middlesex Guildhall, home of the Supreme Court of the United Kingdom Photo: https://commons.wikimedia.org/wiki/User:Tom_Morris https://en.wikipedia.org/wiki/en:Creative_Commons

Britain’s Supreme Court began hearing arguments on Tuesday about whether Prime Minister Boris Johnson’s decision to suspend parliament in the run-up to Brexit was illegal.

Here are quotes and information about the three-day hearing:

WHY IS THERE A HEARING?

Britain is due to leave the European Union on Oct. 31. Yet parliament, where Johnson does not have a majority, remains divided over how and whether that should happen without an agreed divorce deal with the 27 other bloc members.

Johnson obtained Queen Elizabeth’s approval to suspend parliament for five weeks until Oct. 14, saying that was necessary for him to introduce a new legislative agenda. Opponents, however, say the reason was to prevent scrutiny of and challenges to his Brexit plans by lawmakers.

Two separate legal cases about the dispute, handled by lower courts, resulted in conflicting rulings which the Supreme Court is looking at together.

In one, businesswoman and anti-Brexit activist Gina Miller asserted that suspending parliament was an abuse of power by Johnson, and lost. In the other, Scottish member of parliament Joanna Cherry put forward similar arguments, and won.

The Supreme Court will hear from lawyers for Miller, Cherry and the government, as well as other interested parties.

The case will be heard by all 11 Supreme Court justices, led by their president, Brenda Hale. Its ruling is final.

Tuesday: Lawyers for Miller, against the prime minister. Then lawyers for the government, against Cherry.

Wednesday: Lawyers for the prime minister, against Miller. Then lawyers for Cherry, against the government.

Thursday: Lawyers for other parties. Then final submissions by lawyers for the government and for Miller.

WHEN WILL A RULING COME?

The earliest would be late on Thursday, but it is more likely in the following days.

BRENDA HALE, PRESIDENT OF THE SUPREME COURT, IN HER INTRODUCTION:

“We are not concerned with the wider political issues which form the context for this legal issue … The determination of this legal issue will not determine when and how the United Kingdom leaves the European Union.”

“The prime minister advised Her Majesty to prorogue parliament for a period as long as five weeks because he, the prime minister, wished to avoid what he saw as the risk that parliament during that period would take action to frustrate or to damage the policies of his government.”

Vinyl is back: retro culture takes music world by storm

Supreme Court to rule on Johnson’s suspension of parliament