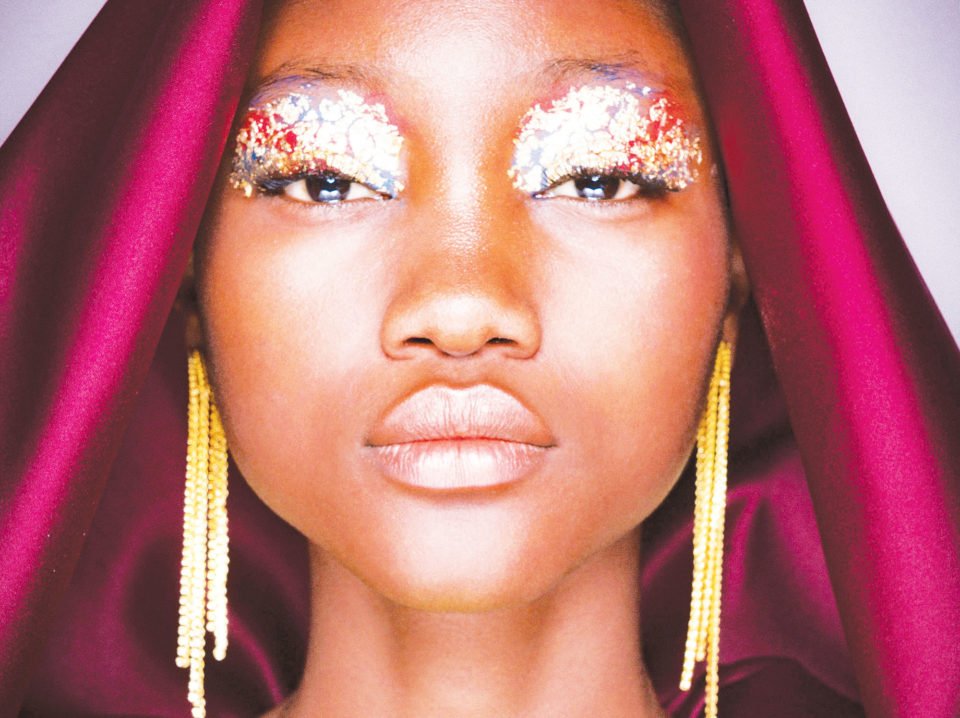 Autumn is coming, and in the beauty world, that means it’s time to switch up our summer routines and embrace everything the new season has to offer. The catwalks gave us a host of suitably autumnal looks, from dark lips to romantic hair (plus a bit of festive glitter). Here’s what’s going to be big in beauty for AW19…

At Oscar de la Renta, the pigment had a blurry, soft-edged quality, while at Emilia Wickstead, Versace and Louis Vuitton, the colour was opaque and precisely lined.

On the whole, Fashion Week make-up artists tend to avoid false eyelashes (they’re too ‘glam’ for the catwalk, it seems) but this season, the pros found novel ways to make lashes the focus of the face.

At Dior, that meant painting thick Twiggy-style ‘lashes’ under the eyes. At Rixo, lashes were loaded up with gold glitter. The most extreme example came at Giambattista Valli, where silver fringed strips were stuck under models’ eyes.

Will these techniques work in the real world? Not really, but with a host of new mascaras on the market, it means doll-like lashes are a must for AW19.

Red isn’t your only option for lippy this season. Berry shades were also a huge trend, from juicy plum at Roksanda and Tommy Hilfiger to deepest blackcurrant at Yohji Yamamoto and Marni.

Whether you go for satin texture or matte, one thing’s for certain – you won’t have to worry about red wine stains.

With party season falling smack bang in the middle of AW19, it makes sense that glitter keeps coming back as a key eye make-up trend, and this time around, there’s a sparkly option for everyone, from minimal to OTT.

Try a delicate dusting of silver flecks paired with cleaned skin and bare lips a la the Dries Van Noten catwalk, or load up your lids with jewel-toned dazzle dust, as seen at Halpern and Rodarte.

At the other end of the texture spectrum, those who prefer shine to matte will be pleased to know that the lip gloss renaissance is still going strong.

This season, rather than a thick layer of lacquered colour, it’s about a ‘your lips but better’ vibe, like the soft pink tones at Naeem Khan and the juicy ‘bitten’ shade at Christopher Kane.

Sadly, no, this doesn’t mean you can just roll out of bed and say you’re on trend – in Fashion Week terms, messy means artfully arranged hair that has an undone quality, when actually, it’s very much ‘done’.

Yes, really, the product your teenage brother used to plaster on is back, but not the way he wore it.

One of the most incredible hair looks of the season was at Burberry, where strands were gelled and arranged in tattoo-like patterns on models’ foreheads. At Fendi and JW Anderson, locks were looped into wide, wet-look curls, while at Richard Quinn, the remit was graphic ‘glassy’ hair.

Cyprus has third highest share of part-time workers in EU