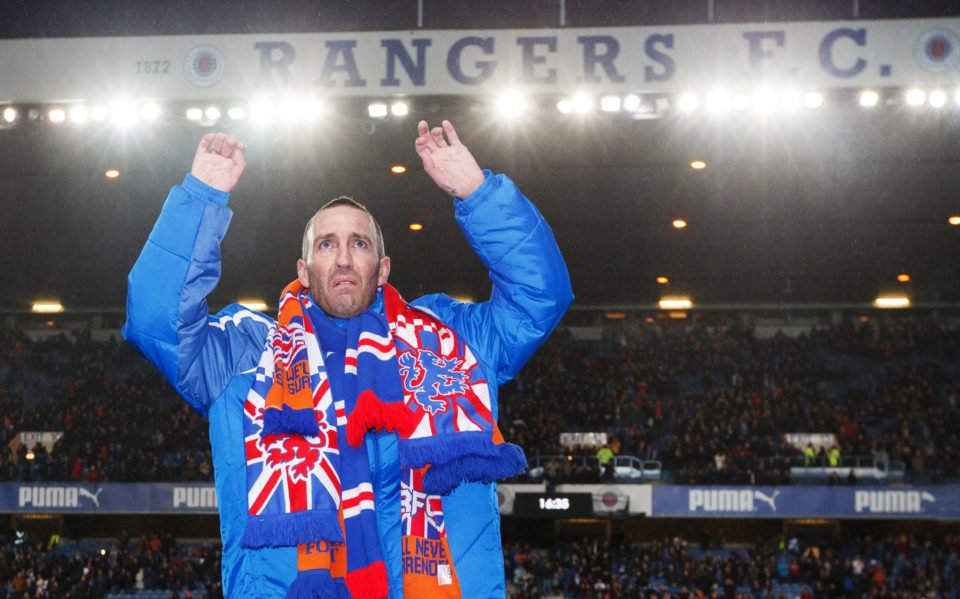 Tributes were pouring in for Fernando Ricksen on Wednesday following the death of the former Rangers full-back at the age of 43.

The ex-Holland international, who made more than 250 appearances for the Ibrox club between 2000 and 2006 following his arrival from AZ Alkmaar, had been fighting motor neurone disease for six years.

“Rangers is deeply saddened to announce that former player Fernando Ricksen passed away this morning following his battle with motor neurone disease,” a club statement on Wednesday read.

“Fernando spent six trophy-laden seasons at Ibrox having initially joined a number of other Dutch players under manager Dick Advocaat in the summer of 2000.

“The thoughts of everyone at Rangers is today with his wife Veronika, his daughter Isabella and all his family and friends.”

In an Instagram post, the Dane wrote: “You looked after me when we signed at Rangers together, taking me back and forward to training because I didn’t have a car, great memories on and off the pitch!

“A true warrior and leader on the pitch! You’ll be truly missed. RIP my friend.”

Ricksen raised awareness and funds to help other sufferers of motor neurone disease through the Fernando Ricksen Foundation.

A benefit match for the Dutchman, held at Ibrox in January 2015, saw over 41,000 fans attend Ibrox and raised £320,000 with the proceeds split between Fernando, his daughter Isabella, MND Scotland and the Rangers Charity Foundation.

Another former team-mate, Nacho Novo, also took to social media to express his sorrow, posting: “Sad news my friend my best friend a role model always a fighter love u to bits mate rip I will see u soon brother.”

Figures from across the world of football sent their condolences, including former Celtic striker John Hartson, who tweeted: “Sorry to hear Fernando Ricksen has passed away.. fought till the end.. my thoughts are with his immediate family and friends.. RIP Fernando.”

World governing body FIFA posted on Twitter: “Our thoughts are with the friends and family of Fernando Ricksen, who has passed away aged 43 following a battle with motor neurone disease.”

It read: “We’re deeply saddened to hear of the passing of our former player Fernando Ricksen. He battled bravely against motor neurone disease right until the end and we are all thinking of him and his family at this difficult time.”