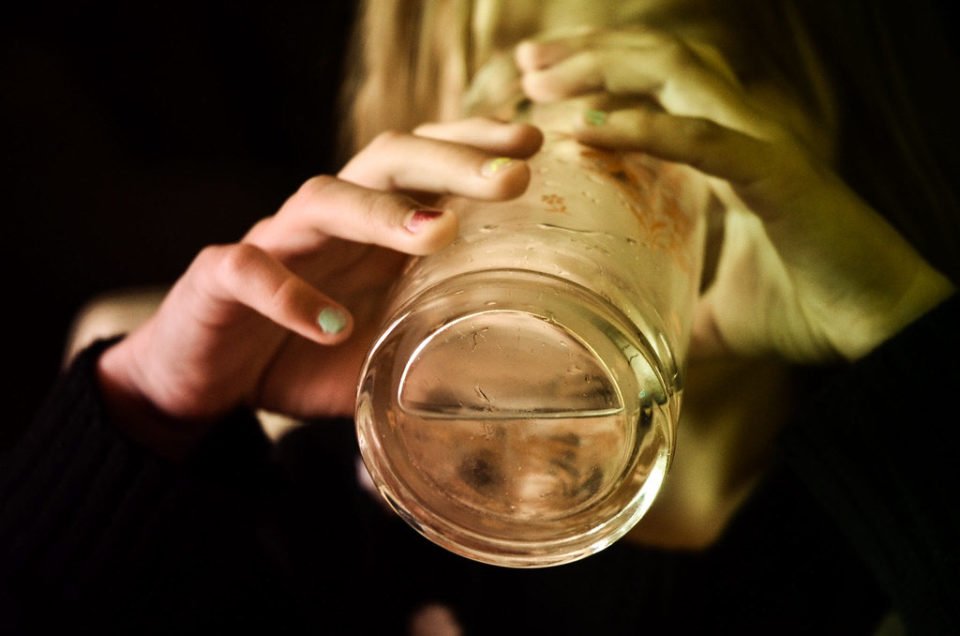 I live in an area which is on one of the main tourist migration routes of the island. For the most part the roads are well-maintained and there are real pavements, sometimes actually on both sides. More or less everyday considerable numbers of visitors come along in herds of between six and 50.

The one thing most of these hikers have in common is that they are tightly clenching their water bottles. Wee plastic half-litres are commonest and their tepid contents swish along more or less in time with the paces taken. What that water must taste like at the end of a 500-yard trek I can’t imagine. It is clear though that the whole thing is obligatory. In fact I suspect that, unknowing to me, the absence of water intake for more than mere metres and minutes is now probably life-threatening to the species. So carrying water is now pretty near compulsory.

Why, I wonder? It is only another fashion accessory? The essential modern trend of carrying water bottles originates with the same fashionista nitwits who recommend ‘de-toxing’ or the latest dietary gimmicks, minerals from the highest mountain glaciers, vitamin extracts from arctic seaweed, bottled fresh-air from the snow-clad Himalayas.

Now, in all fairness, water is pretty important stuff, as long as it doesn’t get into the wine, anyway.

The average new-born baby human consists of almost 80 per cent of water. You’d never dream they could make so much noise, would you? From then on the proportion falls until during the middle years the percentage is steady at around 60 per cent. Brain tissue is about 73 per cent water and heart tissue roughly the same. And water does numerous essential things. It transports waste matter, heat and nutrients. It is a shock absorber and a lubricant in joints. It also takes part in most of our essential biochemical reactions. Yet we’re constantly losing water through sweat, urination and breathing. A balance of intake against loss is vital.

Now you’d think that if the stuff is so important then Old Mother Nature would have devised some way of controlling body fluids. And, surprise surprise, that is exactly the case. Subtly but precisely balanced mechanisms ensure that the right amount of fluids are excreted. Similarly there is an astonishingly efficient warning mechanism for ensuring intake.

It is called thirst. If you listen to your body, it tells you when you’re thirsty. It’s worked very well for millions of years of human evolution. The symptoms of dehydration can become detectable when we lose between one to two per cent of our body’s water and we continue to thirst until we top our fluids back up. Also the brain detects early dehydration and causes release of a hormone which influences the kidneys to conserve water by reducing urine flow.

The plain truth is that we don’t need any more fluid than the amount our bodies thirst for and when signalled for it. And fluid includes all fluids, tea, coffee, beer, and the water in fruit and veg.

Yet we’ve been bombarded with messages telling us that drinking litres of water daily is the secret to good health, more energy, great skin, and that it will make us lose weight and avoid cancer. Each new writer perpetuates the same old trope. However, in fact, any weight loss associated with drinking water is more likely to come from plain water being drunk instead of sugary drinks.

There’s little evidence suggesting that drinking more water than our thirst suggests offers any benefits beyond just avoiding dehydration. Still, research suggests there are some important benefits to avoiding even the early stages of mild dehydration. A number of studies have found, for example, that drinking enough to avoid mild dehydration helps support brain function and our ability to do simple tasks, such as problem-solving. Another alleged health benefit of drinking more water is improved skin complexion and better moisturised skin. There is a prominent lack of evidence to suggest any credible scientific mechanism behind this.

In truth, too much fluid consumption can become serious when it causes a dilution of sodium in blood. Over recent years at least 15 athletes have died from over-hydration during sporting events when all they really needed was a few electrolyte tablets.

Most experts agree that fluid requirements vary with age, body size, gender, environment and level of physical activity. As we age we become more prone to dehydration. We therefore need to be more attentive to fluid consumption to stay hydrated.

Other than that the only health benefit of drinking more than you thirst for, it seems, will be the extra calories you expend by running to the loo more often.