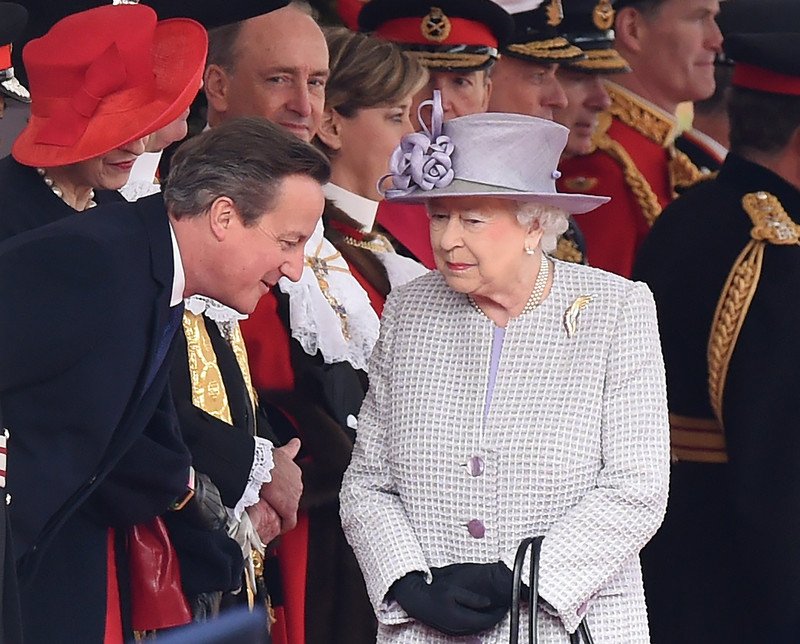 David Cameron has caused “an amount of displeasure” in Buckingham Palace after admitting to seeking the Queen’s support during the Scottish independence referendum.

The former prime minister acknowledged he had said “perhaps a little bit too much” about his dealings with the monarch, who is meant to remain above the political fray.

Mr Cameron sought support from the Queen after a poll predicting a Yes victory “panicked” him.

He told a BBC documentary he made contact with Buckingham Palace officials in 2014, suggesting the monarch could “raise an eyebrow” in the close-fought campaign.

A few days before the referendum in September 2014, the Queen told a well-wisher in Aberdeenshire that she hoped “people would think very carefully about the future”.

In an attempt to play down the row over his revelation, Mr Cameron later insisted he did not ask the Queen to do “anything improper” during the referendum on Scottish independence.

The former prime minister – who has been carrying out a media blitz to promote his memoirs – told BBC Radio 4’s Today programme: “I never asked for anything improper to be said or done.”

He added: “I don’t want to say anything more about this, I’m sure some people would think – possibly even me – that I have already said perhaps a little bit too much.”

A source quoted by the BBC said “it serves no one’s interests” for conversations between the prime minister and the Queen to be made public and “it makes it very hard for the relationship to thrive”.

The Queen’s dealings with the current Prime Minister are also in the spotlight after Boris Johnson told her to order the suspension of Parliament – which is the subject of a legal battle at the Supreme Court.

Mr Cameron has a history of indiscretion in his dealings with the monarch.

He admitted that talking about her “purring down the line” to him after the No victory in the Scottish referendum had been a “terrible mistake”.

At First Minister’s Questions in Holyrood, Nicola Sturgeon was asked whether she had concerns about the Queen being asked to interfere in a second independence referendum.

She responded: “I think the revelations – if I can call them that – from David Cameron today say more about him than they do about anybody else, and really demonstrate the panic that was in the heart of the UK Government in the run-up to the independence referendum five years ago.”

Education reforms up to the government, not unions, says spokesman

State GPs threaten to walk out over pay inequality