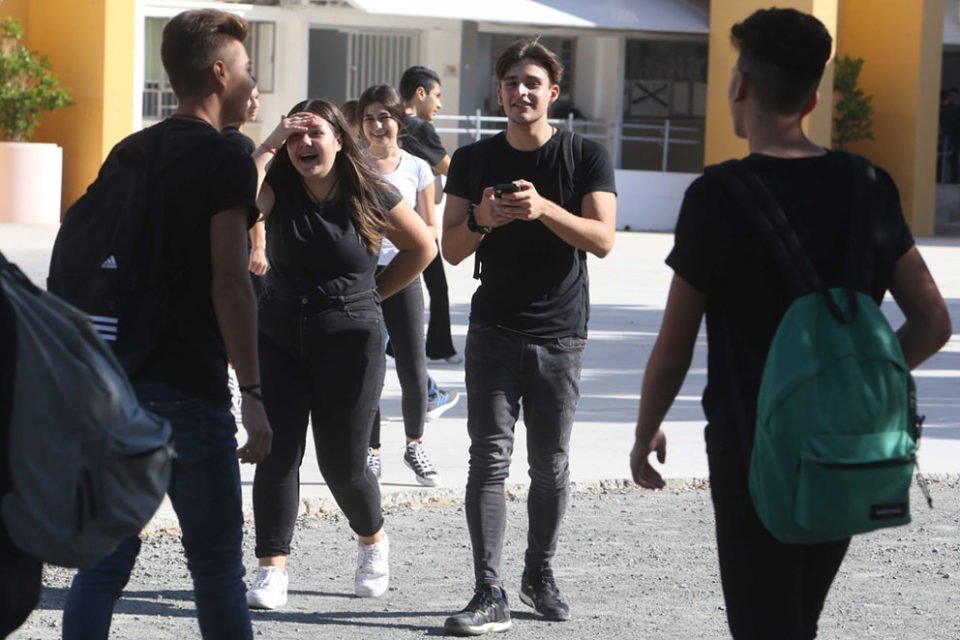 EDUCATIONAL reforms can only be implemented by the government and such policies cannot be planned by others, government spokesman Prodromos Prodromos said on Thursday after three teachers’ unions objecting to these changes announced separate strikes for next week.

Speaking after a meeting President Nicos Anastasiades had with the heads of the primary and secondary schools parents’ associations, Prodromou said the educational policy must by implemented by the government. “It cannot be planned or implemented by others.”

He added there is respect to the trade unions and workers’ rights, but that “each will have to play their role,” referring to the law and the need for the reforms to be implemented.

This is the first year the four-monthly exams are being introduced as part of the government’s wider public educational reforms.

Oltek says technical schools are not properly staffed or equipped for this academic year and that the ministry keeps on neglecting their requests.

The union said it supports the new evaluation system, however the technical school teachers anticipate serious operational problems for the four-monthly exams. The circular by the ministry of education seems to add to the confusion, it said.

The ministry of education treats technical schools as “the poor relative” of other secondary schools, the union argues, saying it wants the creation of new fields of study, the employment of more teachers to support technical and night schools and introduction of safety measures in the laboratories.

Beyond the introduction of four-monthly exams in high-schools, the unions are also protesting over the lack of air-conditioning units in schools, the inability of the education ministry to properly deal with parents’ intervention in schools and delays in school staffing appointments. Oltek also wants the revival of pension benefits frozen by the government eight years ago.

Prodromou said Anastasiades, in response to concerns voiced by the parents’ representatives, reiterated the government’s determination  to proceed with the policy it has been following during the past few years as part of educational reforms that aim to improve the operation and standards of public schools.

The heads of the primary and secondary education parents’ associations, Soteris Christofi and Kyriacos Nikiforou, said after their meeting with Anastasiades that they were against these work stoppages which would disrupt schooling and force parents to make alternative arrangements because children would have to go to school some 40 minutes later.

Nikiforou said they would meet with education minister Costas Hambiaouris on Friday to discuss issues of student assessment.

Also against the teachers’ strikes is the employers and industrialists federation (OEB), that said that “they create problems for employees and businesses, since they overlap with the start of the school day and arrangements must be made to enable working parents to respond to the changes as a result of the strikes.”

OEB director general Michalis Antoniou tweeted on Thursday, citing a book by former education ministry official Dr Costas Hadjistefanou, that in 1974, despite the fact that 40 per cent of gymnasiums were lost due to the invasion, the new school year started in October, less than two months since the second phase of the invasion.

Antoniou told media later in the day that this was a very good example of what the teachers and the education ministry could do if there is will from all sides.

In the meantime, Oelmek, angered by Nikiforou’s criticism of teachers and his “ongoing nihilistic stance on various educational issues” said on Thursday they would no longer participate in any meetings – official or unofficial – in which he will be present.

Nikiforou earlier told CyBC radio he did not understand why there is so much reaction by teachers and pupils on the issue of four-monthly exams, speaking of “agendas leading things down the wrong path.”

High school pupils too, in protest against the four-monthly exams, abstained from class on Thursday for the duration of two teaching periods. The protest was organised by student body PSEM that later said that 90 per cent of pupils abstained from their classes which was a sign that the education ministry not only ignored them, “but it proceeds with criminal measures over the country’s education.”