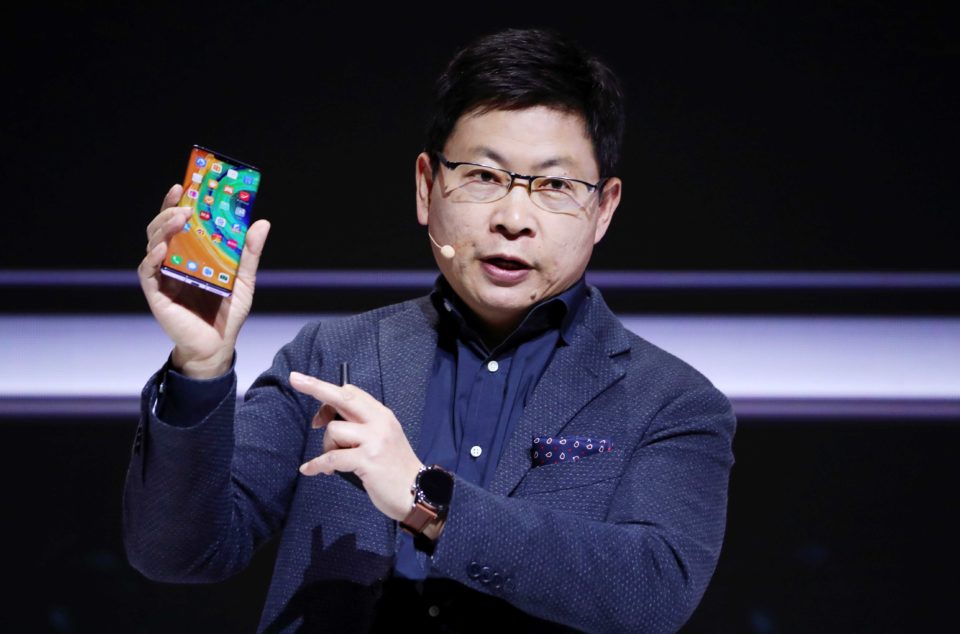 Huawei‘s top salesman Richard Yu showcased the Mate 30 Pro and Mate 30 phones at a glitzy event in Munich, Germany, its first unveiling of an all-new phone since President Donald Trump hit the Chinese company with an export ban in May..

“It’s got a large screen but it’s very compact in your hand,” Yu, head of Huawei‘s consumer business, said of the phone, whose fate in Europe will hang on whether customers buy a device lacking access to software and apps supported by Google.

“Despite all the concerns surrounding Huawei, and the challenges it faces, it remains defiant and prepared to soldier on,” said telecoms and media analyst Paolo Pescatore.

Washington has effectively banned U.S. firms from supplying Huawei, alleging it is a national security risk as its equipment could be used by Beijing to spy, something which Huawei has repeatedly denied.

The No.2 smartphone maker expects the U.S. ban to cost it $10 billion.

Huawei‘s new phone launch has been marked by uncertainty over whether buyers of the flagship Android device will be able to use apps supported by Google, a unit of Silicon Valley giant Alphabet.

Holding the launch in Europe underlines the importance of the 500 million consumers in the region, where Huawei has lost five percentage points in market share since the U.S. ban, even as buyers rallied to its brand at home.

Huawei has been running an online marketing campaign https://consumer.huawei.com/en/campaign/mate30, with the slogan “Rethink Possibilities”, recruiting fans to spread the word about the launch.

The Mate 30 range will run on an open-source version of Android – and not on the current version licensed from Google, a source familiar with the matter said.

The smartphones will not be able to use Google Mobile Services to use the Play Store and download apps like Gmail, Youtube or Maps. Instead, Huawei will offer its own interface that will allow users to access some Google apps.

Without those, say analysts, consumers won’t want the phone – unless Huawei can find a way to convince them that its features are unmatched and the alternative software offering is stable and easy to use.

Huawei says the phone’s ‘brain’ – the Kirin 990 chipset unveiled at a recent tech fair in Berlin – outperforms the Qualcomm-powered 5G phones already on the market from market leader Samsung.

In particular, the ‘big core-tiny core’ configuration of the hardware means it can run power-hungry applications like artificial intelligence or support online gaming, while saving battery on routine tasks.

“Huawei has Apple soundly beaten when it comes to form factor design but even these beautiful-looking devices are going to struggle to see any volume without the Google ecosystem,” analyst Richard Windsor said in a note before the launch.

Analysts are keen to learn when the phone will actually ship and how the pricing of the top-end Mate 30 Pro compares with Samsung’s Galaxy S10 5G, which retails at $1,299, and the iPhone 11 Pro that starts at $999 but lacks 5G connectivity.