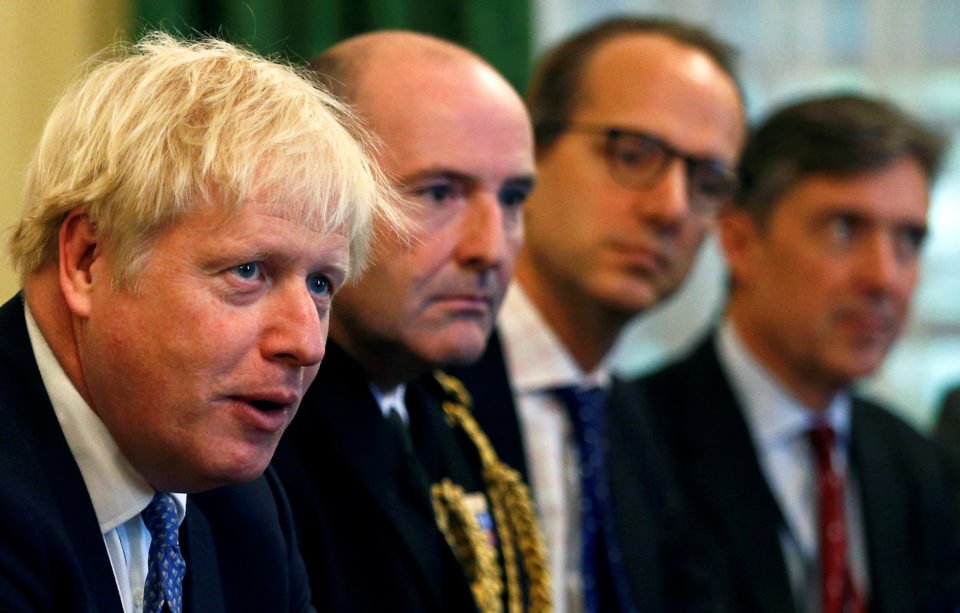 British Prime Minister Boris Johnson could suspend parliament again even if the Supreme Court rules that his original suspension, or prorogation, was unlawful, a court document tweeted by an opposition lawyer showed on Thursday.

The document, submitted to the court by Johnson’s lawyers, was disclosed as Britain‘s top judicial body was hearing a third and final day of legal arguments on whether the prime minister’s decision to suspend parliament from Sept. 10 to Oct. 14 was lawful.

On Tuesday, one of Johnson’s lawyers had told the court that if the prime minister lost the case, he could recall parliament earlier than scheduled.

This would give more time for legislators to scrutinise and oppose his plans to lead Britain out of the European Union, with or without a divorce deal, on Oct. 31.

But in the new document, not disclosed to media but published by lawyer Jo Maugham – one of those involved in the legal challenge – Johnson’s legal team appeared to say there would still be a way for him to keep parliament from sitting, depending on the exact wording of the court’s judgment.

“Depending on the court’s reasoning it would still either be open or not open to the PM to consider a further prorogation,” two senior lawyers representing Johnson said in a written submission to the court.

Johnson’s lawyers had been asked by the judges to explain what he would do if it ruled against him. The document tweeted by Maugham was their response, he said.

“The (submissions from Johnson’s lawyers) contemplate a world where the Supreme Court rules this prorogation unlawful and the government is plainly contemplating, in that world, continuing the prorogation until October 14,” Maugham said on Sky News.

“So they are very delicate, very careful submissions, seeking to persuade the Supreme Court to leave that door open to the government. That is striking stuff.”

The reason given by Johnson for suspending parliament for five weeks was that he needed time to prepare a new legislative agenda. His opponents say the real reason why he sought the suspension was to prevent parliament from interfering with his Brexit strategy.

Before the suspension, Johnson suffered one defeat after another in parliament, where he has no majority.

Most members of the House of Commons are opposed to a so-called “no-deal Brexit” scenario, predicting that it would cause economic damage and severe disruption, including to food and medicine supply chains.

A ruling could come late on Thursday at the earliest, but is more likely to be delivered in the following days. The 11 justices have given no indication of how long they would take.

Among Johnson’s opponents in the Supreme Court hearing is one of his predecessors as prime minister and Conservative Party leader, John Major, who has submitted a written witness statement saying that the evidence showed that the reason given by Johnson for the suspension was not true.

“The inescapable inference to be drawn (from the evidence) is that the prorogation is to prevent parliament from exercising its right to disagree with the government and legislate as it sees fit,” Major said in the witness statement, according to an excerpt read out in court by his lawyer.

Major’s years in office between 1990 and 1997 were marked by bitter divisions and conflict within his party and government over Britain‘s relations with the EU. He described some of his own anti-EU cabinet members as “bastards”.

The Conservatives are more divided than ever over the EU issue. Using his authority as an elder statesman, Major has said Britain should remain in the EU, and has warned that a no-deal Brexit would be disastrous for the nation.