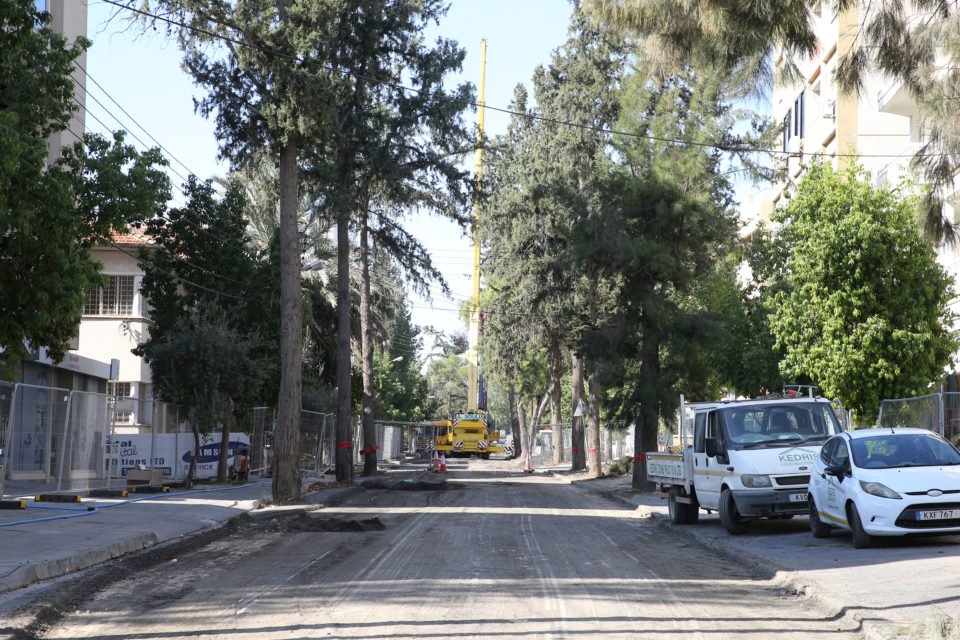 The Nicosia municipality on Wednesday hit back at criticism that too many major roads in the capital are undergoing roadworks at the same time and making driving more chaotic and stressful than ever.

The municipality said there are reasons for the overlap, largely to do with EU funding.

“There is a comprehensive strategic plan which must be implemented by 2023 under EU structural plans,” a source in the municipality said, adding that the aim is to finish earlier.

The underground parking at Omirou, the upgrading of the roads in the city centre and Eleftheria square all receive European funding, and the source said nothing like the current infrastructure upgrade would be possible without this money. This was why it was decided to go ahead with all the projects rather than risk losing funds.

The latest project – on busy Kyriacos Matsis avenue which is a main road into the city centre – started this week and is the cause of the latest furor.

Plans to fix the road, which is without pavements and lacks parking spaces, have long existed but works could only start after the approval from several government departments.

Did everything really have to be done at the same time?

“Nothing has been done for the last 10 to 20 years. It is better to start them now then to finish in 30 years,” said the source.

The current plan for the avenue is also better than the previous one, as only seven trees have been felled, the total number approved by the forestry department, while previous versions included felling all the trees in the road.

“There will be 80 new tall trees so the character of the road will be improved, while there are going to be other green areas.”

The municipality’s view is that within a few years, the centre of the capital will be much improved.

The municipality in a previous statement admitted the works carried out may create additional inconvenience but says this was only temporary.

“Their completion, especially those that are part of the integrated Nicosia mobility plan, will help alleviate the problem, provided all the provisions are implemented,” the statement said.

The plan, announced in 2016, provides for an increase in public transport, the creation of cycling paths and lanes and one-way streets to make room for bus lanes.

Labour union SEK on Wednesday said traffic congestion can only be resolved by implementing a modern, reliable, functional and integrated public transport system which is embraced by the residents.

It proposed strengthening the school bus system, encouraging the use of bicycles and replacing large buses with small and flexible ones.

The possibility of a tram, which has been suggested by foreign experts in the past, was also mentioned by the union.