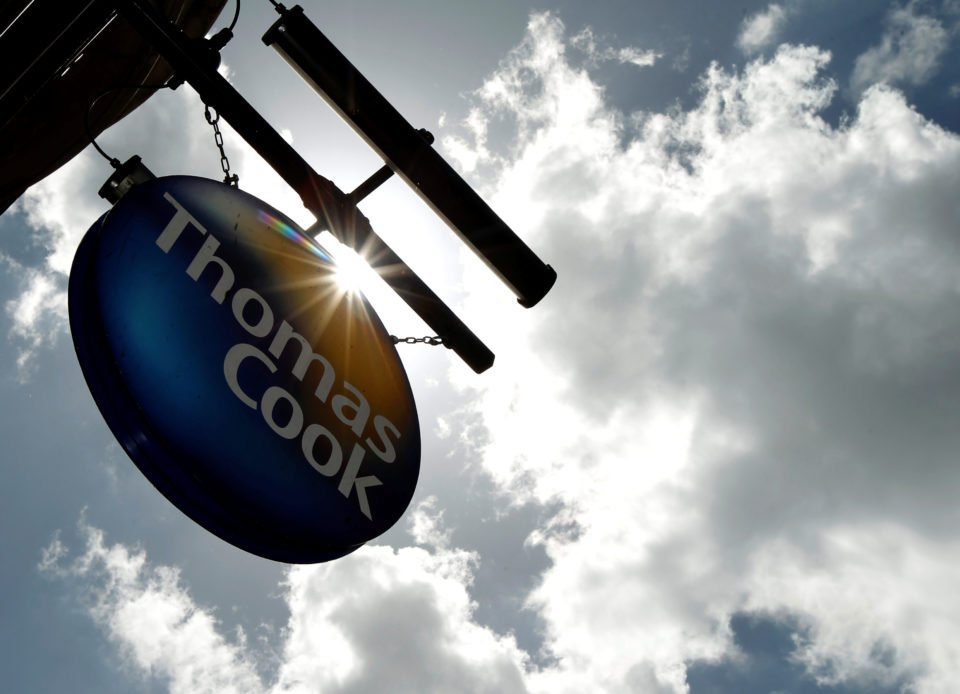 LONDON, Sept 20 (Reuters) – Britain’s Thomas Cook scrambled on Friday to find an extra 200 million pounds ($251 million) to satisfy its lenders and secure the survival of the world’s oldest holiday company.

Last month Thomas Cook, the pioneer of the package tour, agreed key terms of a 900 million pound recapitalisation plan with Chinese shareholder Fosun and its banks.

Thomas Cook, which employs 21,000 people across 16 countries, warned on Friday that this could mean shareholders losing all of their investment.

“The recapitalisation is expected to result in existing shareholders’ interests being significantly diluted, with significant risk of no recovery,” Thomas Cook said.

Lenders are demanding another 200 million pounds in underwritten funds to support Thomas Cook in its winter trading period, when its cash is usually at a low ebb.

“Discussions to agree final terms on the recapitalisation and reorganisation of the company are continuing between the company and a range of stakeholders,” Thomas Cook said.

“These discussions include a recent request for a seasonal standby facility of 200 million pounds, on top of the previously announced 900 million pounds injection of new capital.”

Thomas Cook, which has around 600,000 customers on holiday in Europe, has struggled with competition in popular destinations, high debt levels and an unusually hot summer in 2018 which reduced last-minute bookings.

A source close to the discussions said on Thursday that Royal Bank of Scotland (RBS) had hit Thomas Cook with a last minute demand for the extra funding, adding that the situation “was becoming more critical”.

A spokesman for RBS said the bank did not “recognise this characterisation of events” and was working with all parties to “try and find a resolution to the funding and liquidity shortfall at Thomas Cook”.

Under the original terms of the plan, Fosun – whose Chinese parent owns all-inclusive holiday firm Club Med – would contribute 450 million pounds ($552 million) of new money in return for at least 75% of the tour operator business and 25% of the group’s airline.

Thomas Cook’s lending banks and bondholders were to stump up a further 450 million pounds and convert their existing debt to equity, giving them in total about 75% of the airline and up to 25% in the tour operator business, the group said.

Thomas Cook said on Friday it would provide further updates “in due course”.

Israel and Germany important markets for restart of Paphos tourism