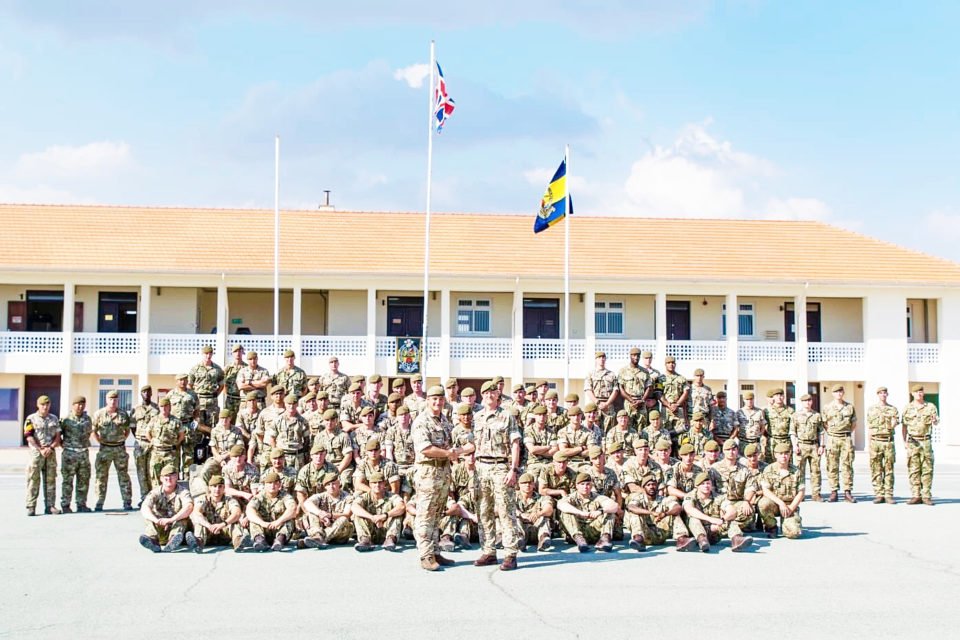 Troops and their families finished arriving at the beginning of September after spending 13 years based in Paderborn, Germany

Soldiers from The 1st Battalion, The Princess of Wales’ Royal Regiment (1PWRR) are settling in well to their new life in Cyprus after officially taking over as the Resident Infantry Battalion in Dhekelia.

Troops and their families finished arriving at the beginning of September after spending 13 years based in Paderborn, Germany.

But despite the sudden change of scenery, 1PWRR’s Second in Command, Major David Robinson, has revealed the Battalion are looking forward to immersing themselves into British Forces Cyprus and Cypriot life.

Speaking from his office at the Alexander Barracks, he said: “This is of course a big change for the Battalion as a whole. It is a change from an armoured role to a light role and of course, it is a change of country after spending so long in Germany.

“We have some of the soldiers’ German wives for example who have never left Germany, so this is quite a change for them but it is one we are all embracing.”

This is the first time 1PWRR have been posted to Cyprus despite their sister battalion, 2PWRR, having served on island multiple times in the past but now they are here, Maj Robinson said, his soldiers and their families are determined to make the most of it.

He continued: “We are feeling really good now that we are here. Obviously, moving from Germany after such a long time, leaves many with mixed emotions but we are a resilient battalion and we are settling in very well.

“We are a multi-national and very diverse battalion and we are very much looking forward to meeting many of our Cypriot colleagues and neighbours.

“We want to be involved with the local Cypriot community as much as we possibly can and we are certainly not here for two years simply transiting through.

“Cyprus is our home now and we are going to enjoy the working life surrounded by such beautiful scenery and of course we intend to make the most of what this island has to offer.”

And in explaining how the battalion has wasted no time in making that happen, Maj Robinson explained: “Some of the soldiers have already enrolled their children at one of the local football clubs in Larnaca and they are really enjoying it.

In a working capacity, 1PWRR have now taken up their role as the Regional Standby Battalion, ready to deploy at short-notice within the surrounding areas.