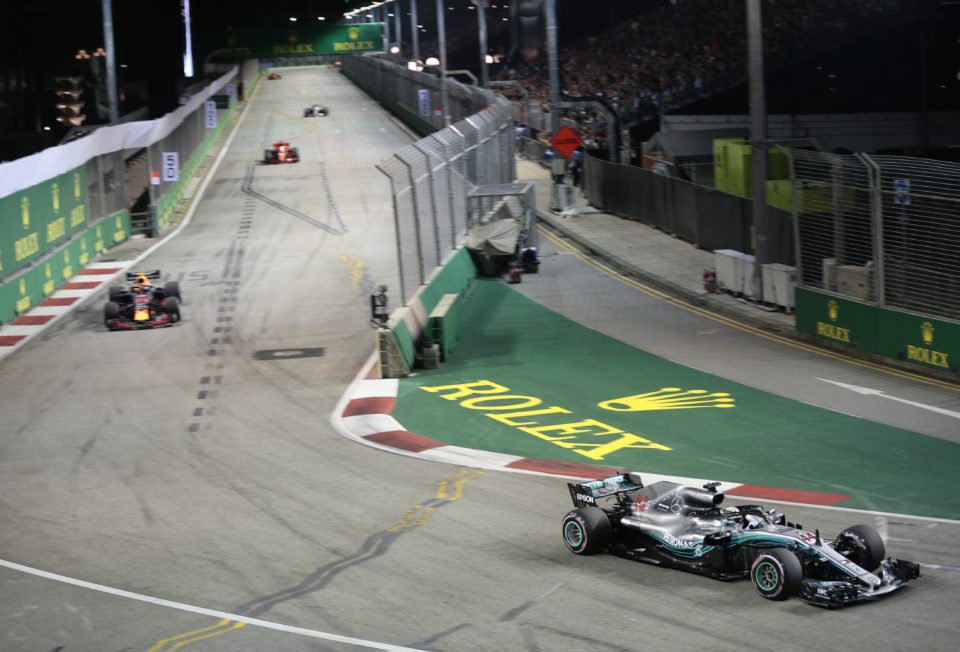 The Marina Bay layout, winding through the heart of the glittering city state, has more corners than any circuit and should restore Mercedes’ status as the team to beat after wins at similar venues

Formula One world champion Lewis Hamilton can return Mercedes to the top of the podium this Sunday with an unprecedented fifth win around the floodlit streets of Singapore.

Winners of 10 of the season’s 14 races so far, Mercedes suffered a double defeat in Belgium and Italy to Ferrari with the fast straights of Spa-Francorchamps and Monza giving the Italian team a rare edge.

The Marina Bay layout, winding through the heart of the glittering city state, has more corners (23) than any circuit, however, and should restore Mercedes’ status as the team to beat after wins at similar venues like Monaco and Hungary.

“For a long time, Singapore used to be one of our weakest tracks,” said Mercedes boss Toto Wolff. “We’ve made some inroads into that and performed well last year.

“However, there are no home runs at a track like Singapore,” added the Austrian. “We take absolutely nothing for granted in our approach to the weekend.”

The only drivers of the current crop to have triumphed in the city-state have each won four times.

Two of Hamilton’s wins have come in the last two years. Another victory on Sunday will see the five-time champion secure his third in a row and hand Mercedes their fourth successive Singapore success.

Ferrari, on a high after winning two races on the trot with the second of those in front of their passionate home fans in Monza, could face a reality check.

Their hopes could rest on the weather or a safety car, which has made an appearance in every race Singapore has hosted since it joined the calendar in 2008.

Vettel who was involved in a multi-car start line crash that cost him victory in 2017, will have to stay out of trouble.

The German four-times champion was sanctioned after spinning out and rejoining the track in a dangerous manner in Italy and is now only three penalty points away from a one-race ban.

“It might be a more difficult weekend for us, but we will give our all to have a good result.”

Singapore has tended to suit the team’s typically nimble chassis, with the former champions finishing second for the last five years.

Max Verstappen, who battled Hamilton hard for victory in Hungary and was runner-up to the Briton last year, will be eyeing Sunday as an opportunity to go one better.

His rookie team mate Alexander Albon, who has made a strong start to his Red Bull career, will also aim to impress in the closest race the British-born Thai has to a home appearance in Asia.