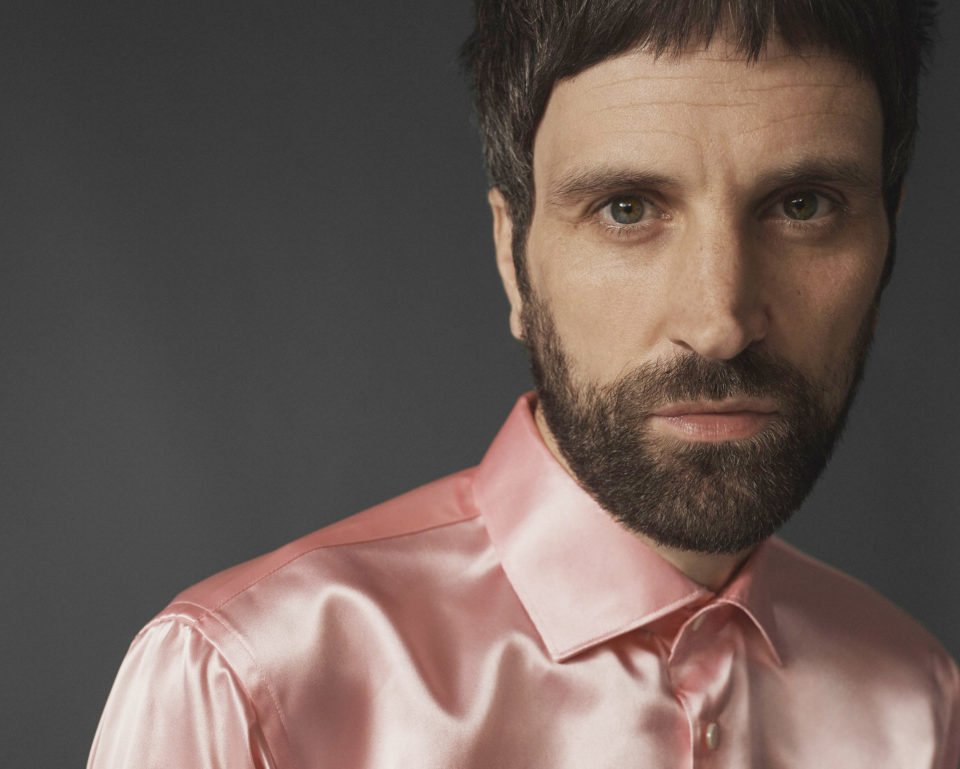 When Kasabian went on hiatus for the first time in some 17 years, Serge Pizzorno’s three bandmates decided to take it easy and spend some time away from the spotlight. The band’s guitar-wielding songwriter, however, thought it the perfect moment to begin work on his debut solo album.

It was last year when Pizzorno retired to his home studio, dubbed the Sergery, and began work on The SLP, his full name is Sergio Lorenzo Pizzorno.

He enlisted the help of British up-and-comers Little Simz and Slowthai to work on the cartoonish, freewheeling record, an escape from the pressure of being in a stadium-sized band.

“I could easily sit back in my deckchair and enjoy the last 15 years,” he explains.

“But I’d be in the same place I was. I needed to go on an expedition. I needed to sail to new lands and see what treasures I could find.”

It’s no surprise then that the 38-year-old, now a father-of-two, needed a creative outlet away from the band.

All has not been well in the Kasabian camp. When the Leicester four-piece finished touring their 2017 album, For Crying Out Loud, Pizzorno feared they had begun to tread water. They had been together since school and had released six studio albums and a slew of EPs.

On top of this, their totemic frontman Tom Meighan had recently split from his partner and the singer’s on-tour behaviour had become increasingly erratic. To all intents and purposes, the band appeared close to burnout.

Underpinning The SLP is an enticing comic book concept. “Meanwhile… in the Batcave,” he says, referencing the Sixties television version of The Dark Knight. “It’s almost like what I do with Kasabian is out there and then inside, there’s this.

“I had all these ideas and I had time – for the first time in a very long time. I thought that was what I would fill my time with – making an album. There were three pieces of this ‘meanwhile’ story and I filled in the gaps with nine other songs.”

Kasabian are best known for their anthemic sing-along choruses and pounding guitar solos. But The SLP sees Pizzorno embracing the genres Kasabian only ever managed to dabble in. Pizzorno’s first love was hip hop and rave. As a teenager, he saved up his pocket money to buy a sampler, and started recreating the famous basslines of the day.

This explains the presence of rappers Little Simz and Slowthai, from north London and Northampton respectively. “I wanted young British artists that I think are incredible – I wanted that sound,” he gushes. “How I see Britain now – from my point of view. It was important to get those young British voices on.”

As he intended, the album sees him showing off his myriad influences; the grunge-tastic twang of the Meat Puppets, the ethereal hip hop of Portishead, the astounding hip hop simplicity of DJ Shadow.

If The SLP bears similarity to Damon Albarn’s Gorillaz, his solo excursions outside of Blur, then this is no coincidence. Pizzorno actually took advice from Albarn on stepping out alone, over a game of ping pong, of course. On the advice of the Britpop legend, he swapped his late-night working hours for the nine to five.

This is of special interest, given Kasabian have always been likened to Albarn’s working class rivals Oasis. Like the Manchester rockers, Kasabian rode a wave of euphoric guitar music that was as suited to the football terraces as it was to grungy dive bars. And like Oasis, their early songs tackled fame, unity and togetherness.

So how does Pizzorno deal with the apparent death of rock music? How does he see a musical landscape dominated by singers like Sam Smith and Ariana Grande, or rappers like Kendrick Lamar and Kanye West?

“There is some incredible guitar music out there,” he says after a long pause. “I just think it’s had its time. But it comes back around. It defies genre because it’s just about honesty. You have to be careful when you talk about the working class bands singing for the people, because I see it differently.

“I see it as artists and musicians who sing from the heart, that connect with the masses because they are honest and they are true and they are themselves. That cuts through. That could be a jazz musician, it could be… I saw Nessun Dorma sing at the Leicester football ground and people were losing their minds to it.”

Given Kasabian’s public image has always screamed bravado, it’s no surprise Pizzorno has few fears about going it alone. “I think you would be silly to overthink it or worry,” he laughs. “You just have to expect the pressure when you are part of something massive like Kasabian. It’s bigger than anything, no matter what you do.

“The important thing is that you don’t try and compete with it. That’s one part of me and this is another.”

UN urged by own staff to look at its climate footprint

Living with Mongolian nomads: a taste of how the other half live