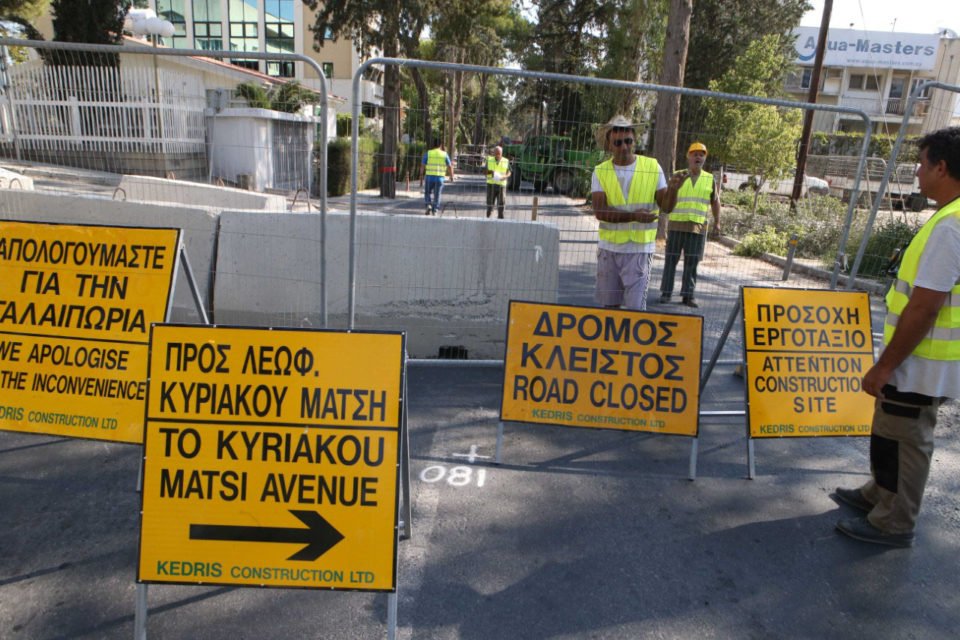 NEW YORK’S Empire State building took one year and 45 days to build. A miniscule project – the revamping of Nicosia’s Eleftheria square – has taken nigh on eight years and counting.

So used have Nicosians become to this massive traffic obstruction in the very centre of their city that they’ve given up moaning. The clogged detours have become a simple fact of life. Meanwhile, Nicosia municipality has given up providing finishing dates for the project. They became too embarrassing. Let us just say the original one was February 2013.

Eleftheria square is one of four major roadworks projects now going on in the city. Also in the city centre, the area around Makarios avenue is closed off. Works on Kallipoleos, a main road in and out of Nicosia, have still not been completed. And then this week work began on Kyriacos Matsis, another major artery. The project is supposed to take 15 months. We should not hold our breath.

The disruption should not be downplayed. It is estimated that 34,000 vehicles enter Nicosia every day, 3,300 more than in 2015. That is a lot of disgruntled drivers, not to mention business owners and residents on the affected roads. The criticism of the latest road closure was immediate, and the disruption has already been brought up at the House of Representatives.

The criticism forced Nicosia municipality onto the defensive. In a statement a hurt deputy mayor cited the economic crisis and staffing shortages, the time constraints imposed by eligibility for EU funds and problems inherited from previous administrations, as the reasons why some projects have to start before others are completed.

The present mayor did indeed inherit the Eleftheria square fiasco, not just from the previous mayor, but from the one before that, so long has it been going on. Yet many of the delays have happened under his watch and nothing can excuse the bad planning that allows four major projects to take place at the same time.

The lofty aim of the roadworks is the transformation of Nicosia into a sustainable European city with bicycle and bus lanes, proper pavements and a viable public transport system. Such goals go far beyond the physical work involved because of our psychological attachment to our cars.

Years of nagging us to take the bus have fallen on deaf ears. The subsidised minibuses for the old city to limit cars in its narrow, clogged streets are empty most of the time, but empty of cars, those streets are not. One bicycle hire service collapsed years ago through underuse. A second has just been launched.

The road works are necessary, as is the push for sustainability. But nothing excuses bad planning.

‘You don’t give a damn’, MP blasts finance minister