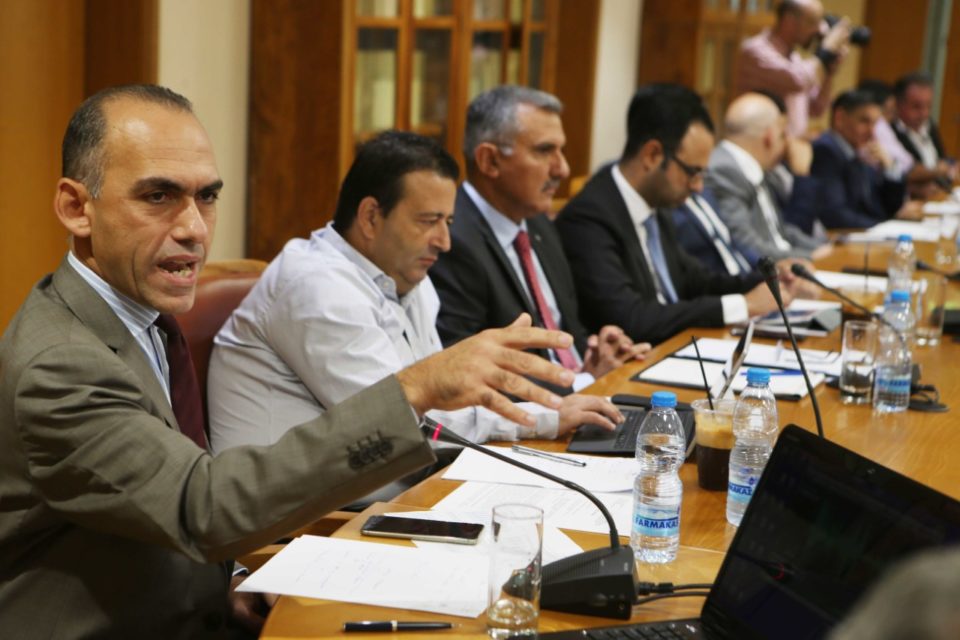 TEMPERS flared in parliament on Thursday after an MP accused finance minister Harris Georgiades of ‘not giving a damn’ about the wave of bank branch closures leaving dozens of communities without access to banking services.

The House watchdog committee was discussing the shuttering of brank branches formerly operated by the Cyprus Cooperative Bank (CCB) and subsequently taken over by Hellenic Bank, leaving several communities, especially in remote or rural areas, stranded.

Residents of affected communities complain they now have to travel a distance to the nearest bank.

Opposition parties have used these grievances as a springboard to re-litigate the demise of the co-op bank, for which they hold the government responsible, specifically finance minister Georgiades.

Resorting to somewhat uncouth language in the Cypriot dialect, Greens MP Giorgos Perdikis told Georgiades he did not care about people being inconvenienced. The minister’s sole concern, Perdikis charged, was to benefit the banks.

Hitting back, Georgiades said certain legislators were putting on “a show of populism” to grab votes.

While acknowledging that several bank branches have closed down, the minister suggested that previously far too many branches had been operating on an island the size of Cyprus.

Ten years ago, he said, there were 920 branches nationwide; that number has come down to 386 today.

Reducing these ratios is a policy of the European Central Bank, which is encouraging Cyprus to come closer to the EU per capita average.

Opposition MPs called for a ‘revival’ of the co-op bank, and said the government should see to it that banking services are made available to now-stranded communities, if necessary with funds from the public purse.

Georgiades promptly ruled it out, saying that even if the government were willing to do so, the European Commission would never approve such a move as it would constitute state aid to private enterprise.

Some deputies went so far as to suggest the government should pay for the transportation of residents of rural communities to banks, particularly for senior citizens or people with mobility issues.

Sources close to Hellenic Bank told the Cyprus Mail that since last year, when the ‘good part’ of the co-op was absorbed into Hellenic, a total of 120 branches have been shuttered.

The sources recalled that the plan, even before the co-op’s sale to Hellenic, was to close around 100 branches.

Moreover, they said, the closing down of branches was a proviso set by European authorities for green-lighting the sale of the co-op – a state-owned bank – to Hellenic.

Hellenic’s plan was to shutter some 120 branches following absorption of the co-op’s operations.

A year later, the sources said, this plan has been realised.

The co-op had 172 branches, with Hellenic operating 52, for a grand total of 224 when the merger took place.

Today, Hellenic operates 120 branches. The bank also plans to do away with two to three more branches – located inside cities – by year’s end.

Responding to politicians’ accusations that Hellenic has left rural or remote communities without banking, the same sources told the Cyprus Mail that the criticism is overblown.

In some cases, they said, the communities in question are so small that they do not even have a single pharmacy or a supermarket, meaning residents have to travel to nearby villages.

Our View: No excuses for bad planning in Nicosia works