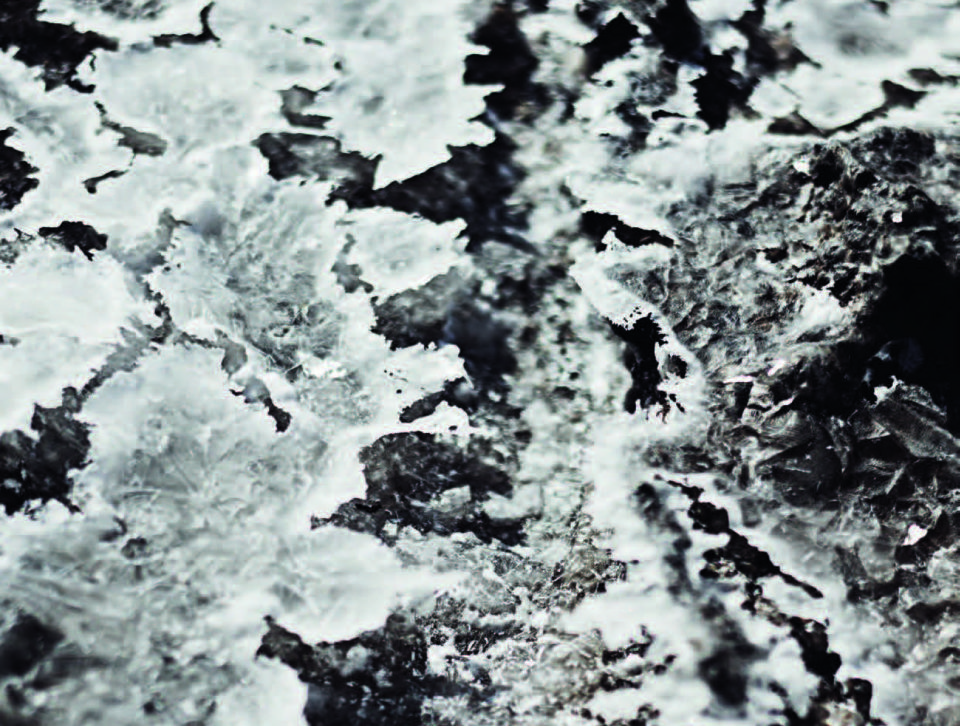 During summer, strong male hands used to harvest salt crystals from the evaporated lakes; according to legend, Saint Lazarus created the salt-water pools in a fit of rage

Feathery pink clouds on the horizon, less than two kilometres from Larnaca airport. Denser and denser. Flamingos! The birds have come to spend the winter on Lake Aliki, where they look for brine shrimp in the shallow water.

Five months later: instead of a lake we now see just a dried-out hollow, covered in a white crust. “For hundreds of years the salt was skimmed off. Salt was one of Cyprus’ most important export products,” explains our taxi driver, before telling us the legend about the creation of the lake: “When this was still fertile land, Saint Lazarus asked an old woman for some food and drink. She refused, claiming her vines had dried out. So Lazarus answered: ‘May your vines be dry and your fields be a salt lake forever more.’”

In actual fact, the lakes formed because over thousands of years, seawater penetrated the porous rocks between the ocean and the coastal plains. After the Akrotiri salt lake near Limassol, Lake Aliki with its three neighbouring lakes – Orphani, Soros and Spiro – formed the second-biggest salt extraction area in Cyprus for a long time.

Salt farmers harvested the grains left after evaporation, gathered the crystals into clay vessels and baskets, loaded these onto their donkeys and transported them to the shores of the lake. There, salt workers piled up the salt into huge pyramids.

But rising labour costs made the extraction of salt uneconomical. In 1986 it was abandoned completely.

However, one of the former saltern workers established his own small factory in Aradippou at the end of the Sixties. The factory exists to this day, but now processes only imported salt.

But many Cypriots still prefer the salt from their island. They search for and find it during the hot, windless summer months right at the edge of the sea – on the rocky shores of the Akamas peninsula, for example, or at Cape Greco.

Salt flakes cover the rock crevices like a film of granular snow, a special kind of marine seasoning, similar to Fleur de Sel , the coarse salt that is hand-harvested in one of Europe’s surviving salterns. 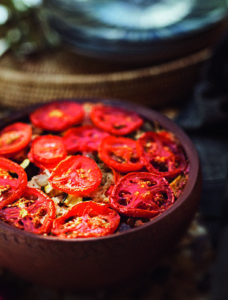 500g lamb or kid (shoulder, cutlets or neck), with bones

The enormous earthenware pot (ttavas) traditionally made by Greek potters gave this dish its name. There are many different versions of ttavas around the island. The one from the village of Lefkara is the most wellknown – rice and cumin are absolutely essential.

Wash 3-4 pieces of meat, pat dry and cut into small pieces. Wash the rice. Peel and finely chop the onions. Cut the potatoes, courgette and tomatoes into medium-sized slices.

Place 3-4 pieces of meat, including the bones, into a clay pot or other ovenproof dish. Spread the rest of the meat, rice and some onion over the meat. Place half of the courgette and potato slices on top. Season with some cumin.

Spread the rest of the meat, rice, onion, courgette and potato slices on top, and finally cover with the remaining tomato slices. Dilute the tomato purée in 350ml of water and pour over the top. Season with salt and more cumin.