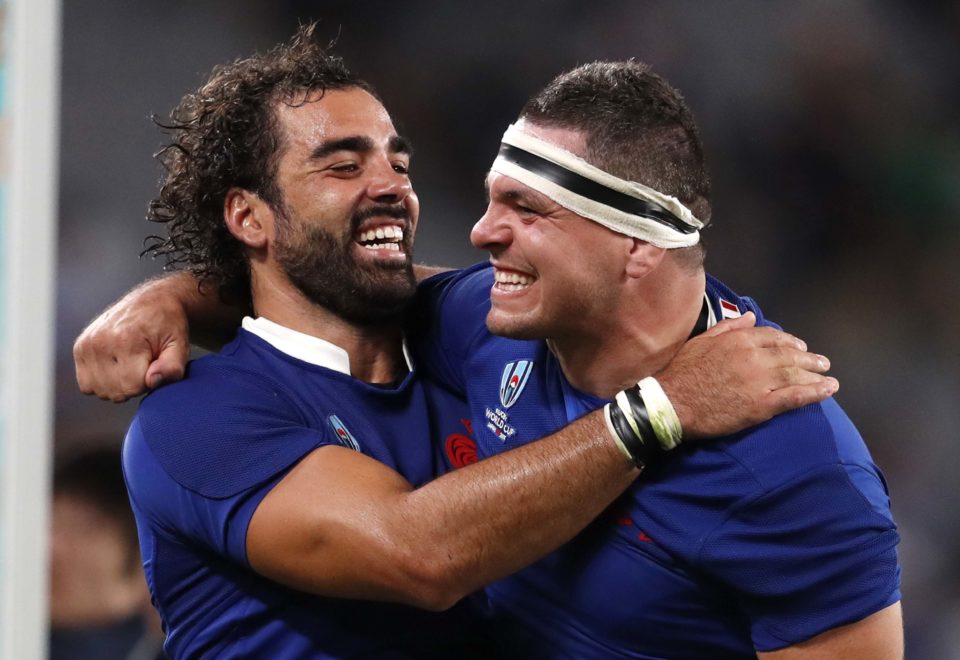 France's Yoann Huget and Guilhem Guirado celebrate after the match.

France dominated the first half and just about held on in the second to edge Argentina 23-21 in a thrilling Rugby World Cup Pool C clash at Tokyo Stadium on Saturday.

A drop goal from replacement flyhalf Camille Lopez 10 minutes from time gave the three-times finallists a victory which looked like they were going to romp to when they took a 20-3 lead into halftime.

Two tries in four minutes from centre Gael Fickou and Antoine Dupont had put the French well on top but the Pumas hit back with lock Guido Petti and hooker Julian Montoya going over from attacking lineouts.

Argentina fullback Emiliano Boffelli missed a 47-metre penalty in the final minute to leave the twice World Cup semi-finalists now probably needing to beat England to get into the knockout stages.