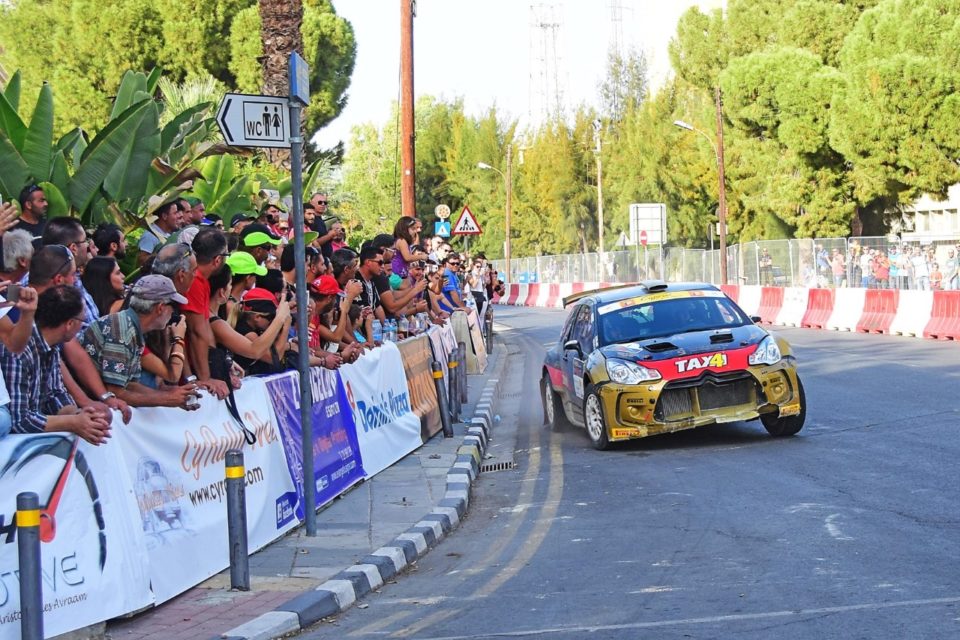 Although the start and finish will be on the coast – in Larnaca – the rally HQ and press office will be based in Nicosia, and once again the Super Special stage will be run in the capital on roads in the vicinity of the Cyprus Museum, parliament and Paphos Gate.

Inevitably, this means roads will be closed, adding yet more stress for motorists who are already fed up with the extensive road works and road closures all across the city, exacerbated by the slow pace of construction on the main Eleftheria square.

The Cyprus Rally, penultimate round of the European Rally Championship, will take place next weekend, and could well decide the outcome of the ERC as the top three contenders are just points apart. Britain’s Chris Ingram heads the table on 108 points, just one ahead of former winner here, Alexey Lukyanuk, on 107 and Poland’s Łukasz Habaj who has 98 points.

It’s the island’s biggest international sporting event, counting also for the Middle East Rally Championship and the local championship, and attracts large numbers of fans both from here and abroad, as well as all the back-up personnel an event of this magnitude requires: service crews, data analysts, media coordinators, managers and even chefs.

The 3.52 km stage in Nicosia will take place on Saturday, September 28, starting at 5.07 pm. It will be centred around the area of the Markos Drakos roundabout next to the Paphos Gate and several roads in the area will be closed from 2pm to 8pm. Earlier on the same day, the crews will perform reconnaissance on the stage from 6.30 to 8.30 am on the same roads which will be partially closed and traffic will be regulated by the police.

Nehru street; Markos Drakos street; Charalambou Mouskou street – up to its junction with Kinira street; Kostis Palamas street (only the direction towards Nehru will be closed), and Chilonos street which will be closed to the traffic lights at the museum.

The rally organisers invite residents of the affected areas to contact them at 22313233/99269805 for any other information they may require.

They also add that people who will be attending the Nicosia Special Stage “are urged to arrive on time, use all adjacent parking spaces and follow police instructions and safety marshals who will be situated at the site”. Spectating at the Super Special Stage will be free and is open to the public. For more information visit the event’s website: www.cyprusrally.com.cy

The Cyprus Mail will carry full coverage of the event.

A minute with Theodora Raftis Soprano