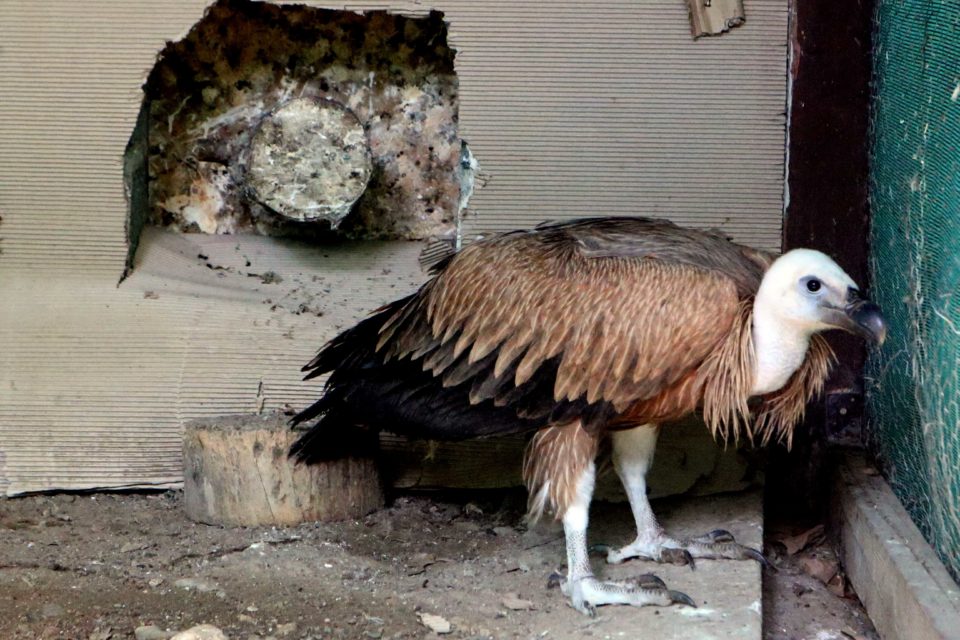 From exhausted migratory birds to poisoned eagles, the wildlife hospital nurses them back to health

Over the last 25 years thousands of injured birds and the occasional snake, fox and mouflon have been nursed back to health at the wildlife hospital in Nicosia.

It can be a painstaking process.

“When the birds are first brought in, they need to be restricted in smaller cages alone because they are scared and they fly around uncontrollably. To prepare them for their release back in the wild, we open up the cages so they are not that restricted,” said senior game officer with the wildlife and fauna service, Andreas Lysandrou.

The current wildlife hospital has been operating since 1995 and mainly fosters birds. The facilities include around 30 cages which were built by the British in 1957 for swallow breeding. They were later renovated by Andreas Lysandrou and his team.

The senior game officer, who has a degree in wildlife rehabilitation management, says he had to push to open the hospital.

“When we decided to open a hospital for wildlife in Cyprus 25 years ago, people told us: ‘Leave nature to its destiny.’ I told them that we already created a society where wild animals are not safe.”

But the present 62-year-old facilities are in a bad way and Lysandrou has welcomed the news that money has been made available from the EU structural funds for Cyprus to build a new hospital.

The new wildlife hospital will be located around one kilometre away from the current one in Athalassa. With a budget of 400,000 euros it will include modern facilities with cages appropriate for the rehabilitation of birds.

“We are expecting the final offer for the project, but it is a long process involving architects and international advisors, to make sure the facilities are suitable for the animals. At the moment, the cages are made from materials that as we found out later absorb germs. When the new hospital is ready It might be the best animal hospital in Middle East,” Lysandrou said.

The plans will feature during a conference next week which will discuss the diagnosis and hospitalisation of large birds of prey.

The current hospital hosts around a 100 birds per year and a few other wild animals such as snakes, hares, foxes and mouflon. When someone finds an injured wild animal they can call the Wildlife and Fauna Service which can arrange its transportation to the hospital in Nicosia through their district offices.

For example, birds are often brought in exhausted during their migratory period, or if they hit against telephone wires. Other reasons might be poaching, poisoning or prejudice against specific animals like owls.

“The birds that come often are kestrels,” said Lysandrou. Those birds are familiarised with the city and is the reason they often get injured.

“A griffon vulture just came in yesterday to our facilities. It was found in the sea near Episkopi area.  When we received the bird, we cleaned it from sea salt and we are feeding it slowly. We will await a few days before we release him to the wild again.”

Before they release them, the hospital puts leg bands on all of the animals and radio transmitters on some of the larger birds to track their adjustment back in the wild. If the birds are not safe to release, they can either stay in the cages to train the other birds that are brought in or are sent to Limassol zoo to raise awareness.

“We offer a second chance in life to those birds,” said Lysandrou. “A bird that was released in Kornos area was found three years later in Belarus.”

But not all cases end so happily. When the hospital released two adult Bonelli eagles back into the wild on February 5, only one of them managed to survive. The other was found dead from poison near a farm.

“The poisoning of animals is a cruel and illegal act that remains a bad habit against our best attempts to create awareness through campaigns,” he said.

“The other problem we are trying to resolve are injuries from telephone wires. We put moving marks with the help of drones on the wires that are located near common bird routes. The birds can see the moving marks and they change their route.”

All the expenses for the animals’ treatment are covered by the game and fauna service.

Iran to present plan for Gulf security at U.N. General Assembly this week

No one will be stranded, UK minister says on Thomas Cook future