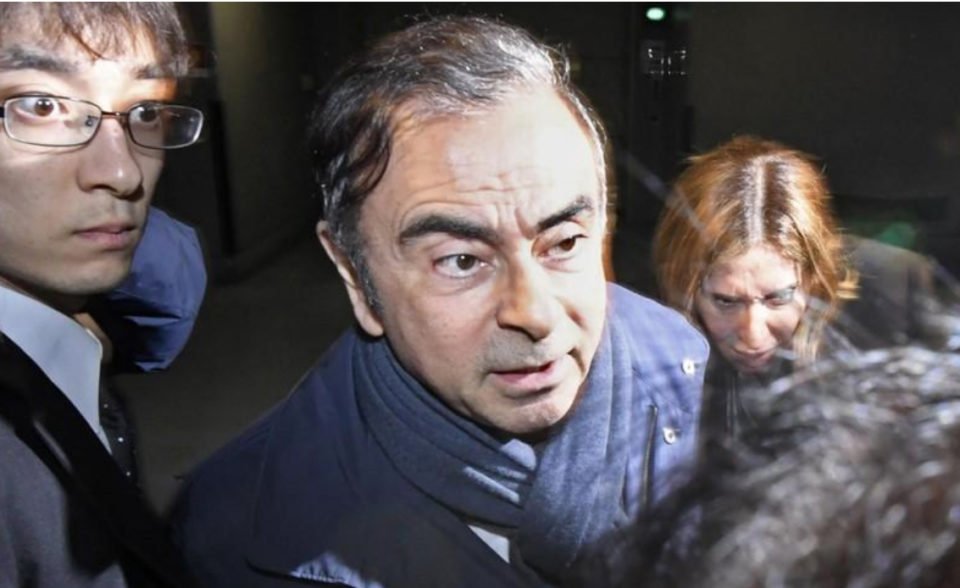 While both Flynt and Mosley represent values probably found reprehensible by many in society, they were allowed their day in court. And the outcomes of their trials established precedents that arguably strengthened legal protections that serve to benefit the community at large.

It is in this context that the imprisonment of Carlos Ghosn in Japan should perhaps be considered. The wealthy former boss of carmakers Nissan and Renault is not the first name that springs to mind when discussing human rights. After all, this is the dude who threw a Marie Antoinette-themed party at the Palace of Versailles to celebrate his marriage and his new wife’s 50th birthday.

But Ghosn’s lawyers and family are making a renewed pitch to have him acquitted of various criminal charges, which he denies, in Japan. And they are arguing that prosecutors committed violations and infractions of the International Covenant on Civil and Political Rights (ICCPR), which Japan signed in 1979. As hard as it may be to imagine Ghosn as a martyr for the downtrodden, the case has some merit.

Without rehashing all the developments since Ghosn was arrested after his plane landed at Haneda Airport in Tokyo last November, and then paraded before cameras to prison, there are two things at this stage that are hard to dispute. One is that Ghosn has been treated with disproportionate severity for the white-collar crimes he stands accused of, at least relative to the standards of European and American justice.

Second is that Ghosn, a citizen of France, Lebanon and Brazil, seems to have been treated more harshly than other Japanese executives accused of similar misdeeds. Look no further than the way his underling at Nissan, former Chief Executive Hiroto Saikawa, seems to have been permitted to make his case to the board and resign after an internal investigation found he had received improper compensation. Nor will Saikawa be charged over Ghosn’s payments, Kyodo News reported, even though he admitted to signing some of the company documents in question, according to the Japanese news agency.

That apparent double standard has given renewed energy to the ambitions of Ghosn’s lawyers and family to call attention to the plight of the man who remains effectively under house arrest in Tokyo, still under constant surveillance and unable to speak to his wife. Whether the contrast with Saikawa’s up-to-now relatively amenable treatment will help Ghosn is unclear, though. For starters, Ghosn was in charge, so the Japanese executive, who admitted to an overpayment of around $440,000 as he stepped down, might argue he was just following the leader. It’s also possible that prosecutors cut Saikawa some slack in return for his cooperation in setting the trap for Ghosn’s arrest.

Which leaves the question of whether Ghosn has simply been treated unfairly. The standard response to this is that Japan is different, and though the way it treats accused prisoners may sound medieval to European or American ears, it’s just the way the system works.

It’s also true that something seems to be working in Japan, where crimes of all kinds are rare. It has, for instance, the lowest intentional homicide rate in the world, at 0.2 per 100,000 people in 2017, according to World Bank statistics. And the percentage of its population in prison is less than a tenth the rate found in the United States.

But Japan is not entirely in a legal bubble of its own. The 1979 treaty the country ratified obliges Japan to uphold certain standards. And that is where Francois Zimeray, a French lawyer who served as former President Nicolas Sarkozy’s ambassador-at-large for human rights, believes his client, Ghosn, has a strong case to make for the dismissal of the charges against him.

Ghosn’s treatment at the hand of Japanese authorities resulted in multiple violations under the international covenant, Zimeray argued in a recent interview with Breakingviews at his apartment in Paris a day before heading to Japan to see Ghosn. Among the standards trampled on by the prosecutors, Zimeray cites Ghosn’s right to a prompt hearing before a judge, his right to appeal his detention, his right not to be compelled to testify against oneself, and his right to be presumed innocent.

Of course, a lawyer being paid handsomely by Ghosn would say all of that, comes the retort. Perhaps. But Zimeray isn’t just a hired gun. His dedication to human rights is well documented. He has worked on issues including the plight of refugees from Darfur and Cambodia. A decade ago, he founded the Alliance of Lawyers for Human Rights. He’s considered legit in France.

Consequently, his brief in support of Ghosn, submitted to the Working Group on Arbitrary Detention at the High Commission of the United Nations Human Rights Council, is worth reading. It catalogues the ways in which prosecutors allegedly violated each of those rights meant to be guaranteed under the ICCPR treaty.

For instance, Ghosn’s right to be brought before a judicial authority without undue delay (Article 9.3 of the treaty), appears to have been overridden by the fact that he was detained for 23 days starting in November last year before being presented to a judge, a pattern that was repeated, again and again, sometimes for charges that were little different than those already put forward.

It’s hard to say whether any of this will bite. Japan will always be Japan: a unique hybrid of vestigial samurai justice and imported – one might even say imposed – western values. And rarely does external shaming make its mark in a society concerned with saving face. Moreover, sympathy for an executive like Ghosn, accused of hiding just how handsomely he was paid, is hard to find, not just in Japan. But far more unlikely people have become martyrs for the common good through the courts.

No one will be stranded, UK minister says on Thomas Cook future