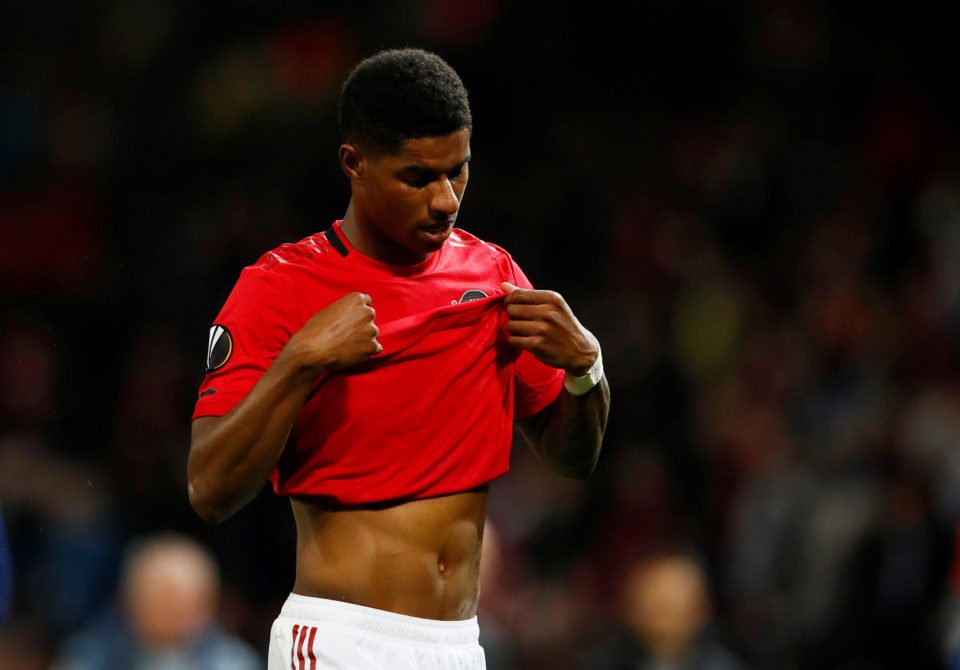 Manchester United’s Marcus Rashford has not scored from open play since their opening game of the campaign but while manager Ole Gunnar Solskjaer says the England forward is not firing on all cylinders he is confident the goals will come.

Rashford has netted three goals so far this season, but two of those have come from the penalty spot in Premier League victories over Chelsea and Leicester City.

Seventeen-year-old Mason Greenwood became the youngest United player to score in Europe in their 1-0 win over Kazakh champions Astana on Thursday, just as Rashford was guilty of missing a couple of chances in the Europa League encounter.

“I don’t worry about that, he’s getting the chances,” Solskjaer told a news conference ahead of Sunday’s league trip to West Ham United. “Of course he could have scored three (against Astana), but the goalkeeper made a few fantastic saves.

“All the goals we’ve scored have come from our forwards with Marcus, Anthony (Martial) and Dan James so I’m sure he’ll chip in with many, many goals.”

Both West Ham and Manchester United have eight points from their opening five league matches, and Solskjaer said there is no reason why their opponents cannot challenge for a top-six spot this season.

“Last year we were lucky to beat them (at home) and it’ll be a good test again for us,” Solskjaer added.

“We’ve had two clean sheets now, that gives the defenders confidence and if we can keep a clean sheet then it will be easier for the strikers because you know that you don’t have to score twos, threes and fours every time.”

Solskjaer is still without injured trio Paul Pogba, Anthony Martial and Luke Shaw for the weekend’s clash at London Stadium.

Pogba picked up an ankle injury in a 1-1 draw with Southampton before the international break, while Martial and Shaw have not featured since United’s league defeat by Crystal Palace on Aug. 24.

“Not really, no,” Solskjaer said when asked if Pogba and Martial would be fit for the weekend’s match. “They’ve not been training yet so I don’t think so. (Luke) won’t be ready.

Welsh winger Daniel James, who has scored three goals in five league games this season, suffered a knock in a 1-0 win over Leicester City last weekend and was unavailable for Thursday’s Europa League victory over Kazakh side Astana.

“Daniel James? I don’t know,” Solskjaer added. “He’s not trained the last few days. Hopefully, but not sure. We’ll have a recovery day with everyone tomorrow and we’ll see on Saturday.”