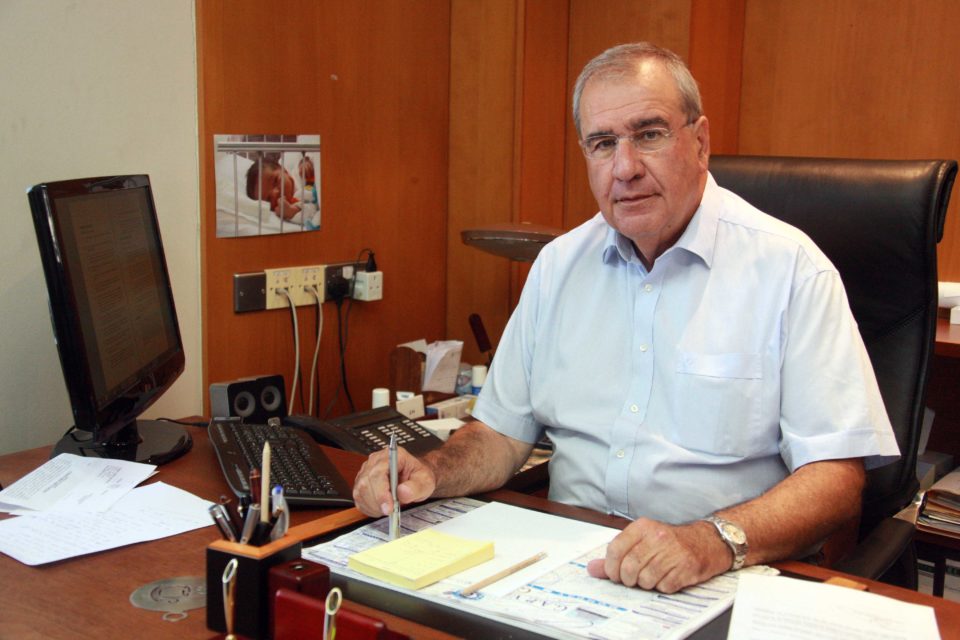 Veteran politician Michalis Papapetrou’s involvement in public affairs dates back to his student days, when he served as president of the executive board of the federation of the Cypriot student unions and president of the union of Cypriot students in London.  Between 1975 and 1987, he served as president of the Akel youth organisation. In 1985, he became an Akel MP but along with four other party MPs he withdrew from the party over disagreements with the party leadership. They formed Adisok of which Papapetrou was president. Adisok later merged with the movement headed by George Vassiliou, forming another new party, United Republicans, of which he served as president in the period 2005-2008. In 1999, he was appointed government spokesman in the government of Glafkos Clerides and was part of the team managing the Cyprus problem, a position he held until in 2003. He is a champion of Cyprus reunification and opposes partition.

Very recently, Mevlut Çavuşoglu, the Turkish foreign minister, confirmed his earlier allegations that a couple of years ago President Anastasiades had sounded him out about the prospect of either partitioning Cyprus into two states or alternatively adopting some form of a ‘loose’ federation. The idea of a loose federation was confirmed by Anastasiades himself.  What is your assessment as to the form of a solution that the president is aiming at today?

There is no doubt that Nicos Anastasiades is flirting with the idea of a Greek Cypriot state and of a Turkish protectorate in northern Cyprus. Admittedly, at no stage has the president presented a comprehensive and documented plan in which he explained and justified the allocation of Kyrenia, Morphou, Famagusta and the Karpas peninsula to Turkey, the practical ways of confronting the risks which will arise from a land frontier with Turkey extending over 200 km and the uncontrollable arrival of an unlimited number of settlers. How would he manage a conflict with Turkey in the exploitation of the undersea wealth of Cyprus? In any event, if Anastasiades has decided to seek such a solution, he has an obligation to make a clear and unequivocal statement to that effect and to defend his position against all criticism made in good faith. He has to do this in a decent, honest and straight-forward manner. The president has been elected on the basis of a commitment to strive for the reunification of Cyprus. He does not have the right to abandon his commitment without renewing his mandate.

The practices he follows are, in my opinion, the worst possible he could go for. Recently, in a statement in the Athenian daily Τa Νea he proclaimed that he refuses to negotiate under the threat of arms and, in particular, that he refuses to do so for as long as Turkey continues to interfere in the Cyprus EEZ. In terms of substance, this position re-activates the Spyros Kyprianou approach known as “protaxis”, which the president himself has harshly criticised in the past. If the present deadlock serves the interests of Turkey, the latter will simply seek to continue such interventions so as to prevent the relaunching of the negotiation process. In such a case, where are we going to end up and what will be the consequences?

Do you believe that going to the polls early would be an appropriate course of action?

This possibility is not explicitly stipulated in the constitution. However, there is no doubt that such a fundamental repositioning on an issue of great national importance is conditional on and demands the advance consent of the voters.

President Anastasiades persistently refuses to allow the participation of the Turkish Cypriots in the management of the undersea wealth of Cyprus, thus provoking Turkey.  How would you justify this position?

Leaving the Cyprus problem unresolved generates huge complications. The EEZ activities generate tensions and added risks. Only the comprehensive solution of the problem will neutralise these risks. Thus, instead of granting new licences and back tracking on what had been agreed in previous rounds of the negotiation process, it is imperative to press on with a new negotiation cycle, leading to a quick settlement. This is the only remedy for confronting Turkish aggressiveness.

The consistent line taken by the Cyprus government is to blame Turkey and the Turkish Cypriots for the continuing occupation of northern Cyprus. What is your opinion on this issue?

What really counts is not the assessment of the Cyprus government as to who is responsible for this long-lasting unacceptable situation. What counts is the opinion of the international community and, in particular, the opinion of the international organisations and that of the large countries which govern the world.  Unfortunately, the assessment of the international community – particularly in the recent past – includes a substantial element of an understanding of and concurrence with the positions taken by Turkey. The government of Cyprus should not underestimate the pressure which will be exerted in the direction of equating the rights of Turkish Cypriots with those of the Greek Cypriots and should not overestimate its ability to effectively confront these pressures. To be told what we usually hear, i.e. that the government is “doing everything possible” to deal with these problems is not good enough.