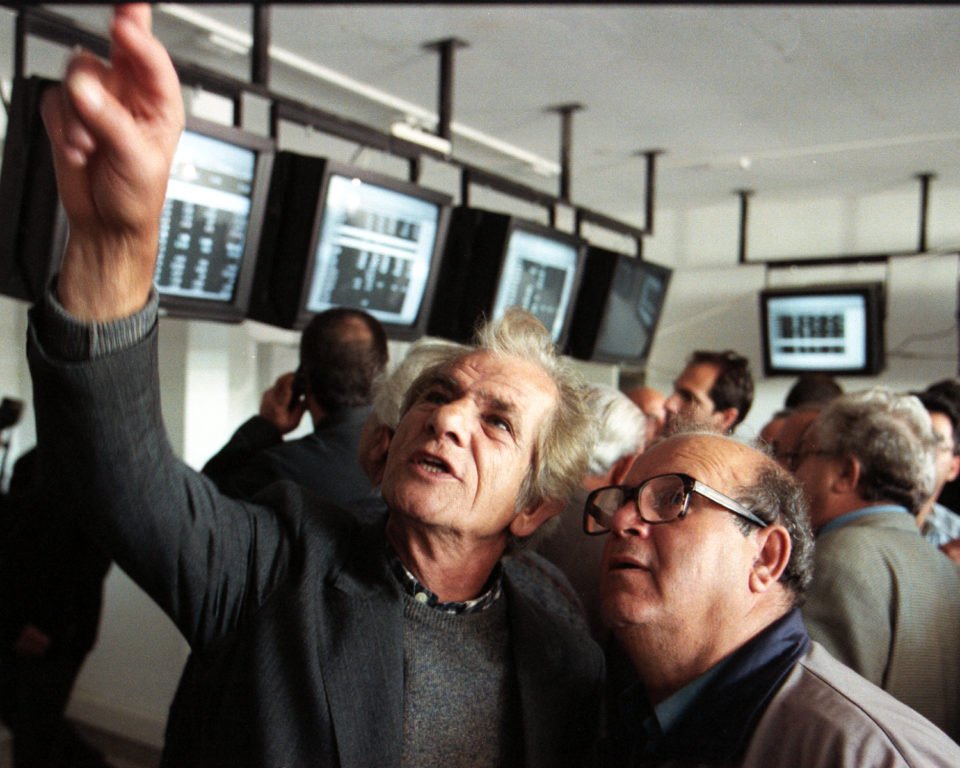 In 2000, when the stock exchange bubble burst, no one as brought to book

By ‘the establishment’ we mean powerful groups who to a large degree have a chokehold on the political and economic spheres in any given country. In other words, these groups ‘manage’ democracy in such a way that ensures their own interests are not jeopardised. Members of the establishment erect a firewall isolating them from the population at large. All countries, including democratic ones, have an establishment, although its power and influence varies.

Who are the members of the Cypriot establishment?

They are the three branches of government – legislative, executive and the judiciary – the archbishop and church leaders with their immense economic power and with their flock which they lead on; the attorney-general; the media barons, who set the agenda, what gets talked about and the boundaries of the debate, and who decide which politicians to promote; the top bankers who until recently were asking for even bigger bonuses despite the fact their own actions led Cyprus to the financial disaster of 2013; big-shot lawyers with ties to the judiciary, as was revealed recently; and big landowners and developers, wielding influence over bankers and politicians.

At times the interests of the Cypriot elite clash, leading to disputes between the interested parties. But this does not negate the conclusion that the establishment is united in a mindset which holds that the top dogs deserve their power and their constantly growing wealth. Their sense of superiority is best summed up by the advertising slogan “Because I deserve it” (see ‘The Establishment: And How They Get Away with it’ by Owen Jones, Chapter 3).

For the establishment, there exists a biological imperative not to allow their offspring to stray from the path. That is why they place enormous emphasis on their children’s education. In Cyprus, the establishment’s school par excellence is the English School in Nicosia, with the highest success rates in GCEs leading to admission to universities in England and the United States.

It is, of course, no coincidence that five ministers (one of them is a junior minister) in the current administration are English School graduates – even though the school’s pupils account for just 1.4 per cent of all high-schoolers in Cyprus. That is why the elites will do everything in their power – literally everything – so that their children are enrolled into the English School.

We should all be concerned about the existence of such a powerful establishment that undermines equality under the law, the cornerstone of any democracy. We can cite a multitude of examples: a former attorney-general decided to terminate legal proceedings against his son, caught driving recklessly and under the influence of alcohol. The current attorney-general scrubbed a police file on a prominent lawyer who was caught speeding. The same attorney-general found that hate speech perpetrated by the archbishop and the bishop of Morphou did not violate the 2011 law on racism and xenophobia. Still, many cultivated people strongly disagree with the attorney-general, believing that the repeated remarks by church leaders, describing homosexuals as ‘deviants’, do constitute hate speech.

The police, as well, are trampling on the concept of equality under the law. Where else in the world would the police delay questioning a cleric because he was fasting at the time?

We are equally aggrieved to see that justice is never served when it comes to financial criminality, precisely because the establishment is implicated. In 2000, when the stock exchange bubble burst, many poor people, including pensioners and widows, lost their life savings. No one was brought to book for this catastrophe. In 2010 certain bankers decided to buy up toxic Greek government bonds at a time when other banks on the European continent were dumping them in a hurry while reputable publications like the Times, the Wall Street Journal and Die Welt warned there was a high chance of Greece’s public debt being subjected to a haircut – which is what ultimately happened.

The bankers were bucking the trend because they figured that, if the haircut did not take place, Cypriot banks stood to make incredible profits, meaning hundreds of millions of euros in bonuses for the top-tier financiers. Unfortunately the haircut did happen, and our banks lost €4.5 billion, which had the effect of running the Cypriot economy into the ground. In other words, the bankers played Russian roulette with people’s savings. They lost, and yet none of them were brought to account for their actions. The establishment afforded them total protection.

Covering up financial scandals is another trait of the establishment. Big-shot lawyers of Laiki Bank raked in hundreds of millions of euros in commission fees for services rendered to the genocidal Serbian leader Slobodan Milosevic. Were these revenues declared, or did they end up in some tax haven?

And what can we say about the infamous Panama Papers revealing the involvement of 3,636 companies, 109 clients, 142 beneficiaries and 2,011 shareholders, ranking Cyprus among the top six countries considered conduits for tax evasion? One might have expected such a track record to have sent shockwaves through Cypriot society. Alas! Here, too, the silence was deafening.

In conclusion, if we want a Cyprus free of corruption, graft, cronyism, bribes, abuse or cover-ups, if we want a Cyprus that is not ruled by the privileged few and the uber-wealthy, we must first strive to weaken the grip of the establishment. But it’s easier said than done.