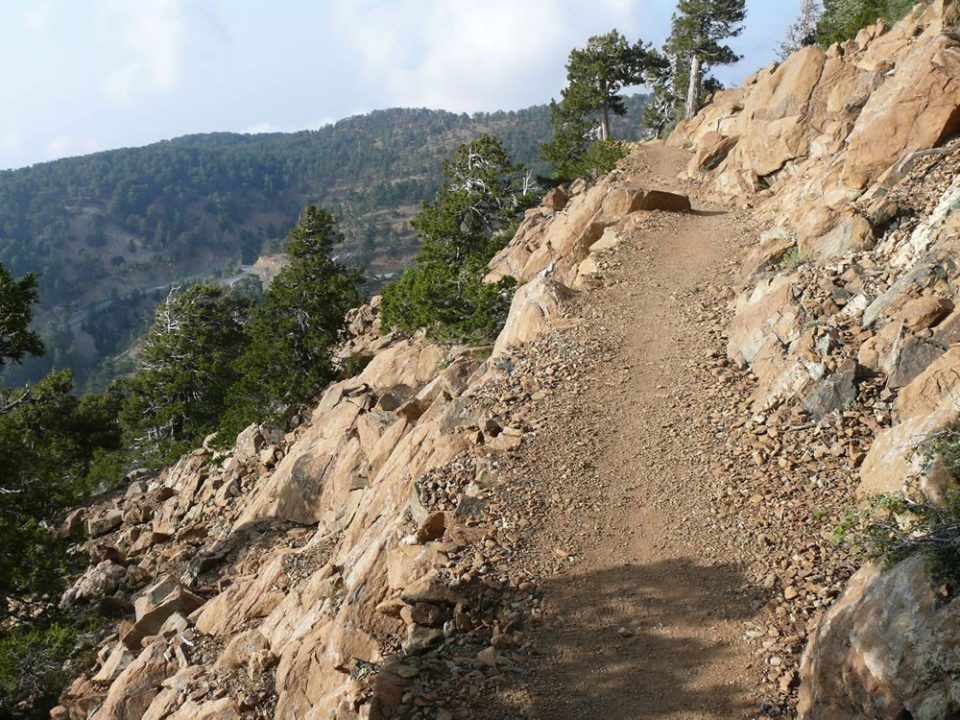 Forestry department insists public have been notified of discontinued paths

With temperatures still in the 30s in most parts of Cyprus during the day, it is a good time to head to the Troodos nature trails and enjoy the cooler weather – but only if you know what to expect.

According to Andreas Georgiou, who has walked all over Cyprus for 40 years, hiking in the mountains is a must. “You can only experience the beauty of Cyprus if you walk,” he said. “You never think of it as exercise, it gets you away from the noise of every day.”

As beautiful as most of the trails are, with breathtaking views, some can also be very dangerous, as they consist mainly of loose rocks and stones on which it is easy to slip and fall, especially when the paths get steep. And those breathtaking views often mean the trails run right on the edge of the mountain. Taking a wrong step is not an option.

Safety and ease of walking are not aided by the fact that last winter’s rains have made some of the paths resemble riverbeds – which is what they most likely were during the winter months.

The mountain trails are under the jurisdiction of the forestry department, which creates and maintains them.

“This year there were more problems because of the heavy rain, especially on those that are crossing rivers or streams,” spokesman of the forestry department Andreas Christou said.

Asked if some trails are dangerous, he replied that a number have been abandoned many years ago and are no longer maintained.

The total length of the trails for which the department is responsible is 317 kilometres. According to forest conservator Thomas Kyriacou forestry department employees cannot be everywhere to inspect damage which may have been caused due to a recent heavy rain or rockslide, plus the surface may be damaged by bicycles and motorbikes using the trails.

But walkers say it’s not always clear from the beginning of a trail whether it has been maintained or not.

“When I see a sign at the beginning of a path announcing where a trail leads, I think it should go there and I don’t see why I should have to walk for some kilometres before finding out that I have to turn back,” Anna Agathacleous, who regularly goes for hikes around Troodos said. “There should be a warning at the start of the trail or an indication how difficult it is.

“I have started to climb up trails, and suddenly they became very steep and I was terrified. In some cases it is not a matter of turning back, as you seem to be unable to go either back or forward, you are stuck.”

As she said, she was helped by her partner who was with her, but otherwise might have been injured by a fall.

Experienced walker and climber Georgiou agrees and mentioned the trail from Ayios Nicolaos to Troodos, which he climbed ten years ago.

“Unfortunately it is ruined now but the signs are still there,” he said. “People might have accidents. There should be some warning signs, or it should be closed off.”

On other paths, he added, there are no clear directions, which means people may take a wrong turn and end up in an area not cut out for walking.

The ministry insists the public was told that the path leading from Ayios Nicolaos to the top of the mountain has been closed since the beginning of the summer.

“Although the public was informed, by signposting, in media and on our website, that the trail was closed, people continued visiting the trail complaining afterwards about difficulties in walking or losing their way,” Kyriacou said.

Mountaineer Marios Hadjipetris who teaches people how to hike in the mountains everywhere, paths or no paths, has a different view altogether. He believes people are responsible for themselves and need to ensure they are prepared before setting out.

“Every path is created by the feet of people walking and not by machinery and design. So when the rains destroy them I don’t expect them to be fixed because this can happen at any time. Hiking is the number one natural ability,” he said, adding those who run into problems can always turn back.

People should inform themselves about the condition of a trail before they set out and should walk with somebody more experienced if they have doubts. In any case, walking alone is not a good idea, he added.

Nature trails are divided into three categories according to difficulty, and those attempting to walk on the most difficult ones should expect them to be steep, so they should be in good physical condition and wear good shoes, Hadjipetris said.

Those degrees of difficulty can be checked online, and there is a brochure with the most popular paths published by the Troodos Regional Tourism Board.

However, the difficulties on the routes are not described in any detail, though a couple ranked ‘Degree of difficulty: 3’ have a short comment such as ‘very sudden downhill’ or ‘steep uphill route’ – which arguably is not enough.

For more info see www.mytroodos.com. Information on how to contact the forestry department can be found on the website http://www.moa.gov.cy/moa/fd/fd.nsf/index_en/index_en?OpenDocument

‘President obliged to fight for reunification’