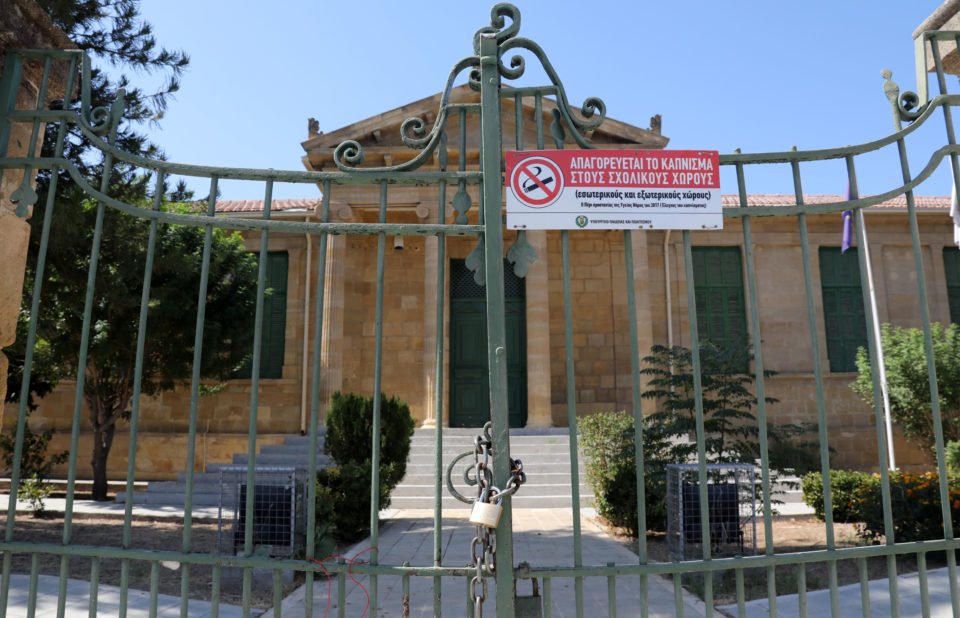 The one-hour work stoppage early on Monday by primary education teachers’ union Poed went smoothly its chairman said, but parents were angered that some headteachers closed the school gates until the stoppage ended.

According to the head of Poed, Filios Fylactou, said there were clear instructions from the education ministry that children should not show up to school until 8.25 am instead of 7.30am.

He said the work stoppage was aimed at expressing teachers’ concerns over several issues. The three main ones are incomplete staffing levels, inadequate support to children whose mother tongue is not Greek and children with literacy problems. Another grievance, he said, is the education ministry’s failure to comply with the renegotiated procedures covering interference by parents.

“We wish that we teachers were not forced to take these measures to send some messages that should have been self-explanatory at the end of the day,” he told the Cyprus News Agency.

He added that the education ministry needed to be more organised.

“The message we send is that it is difficult for teachers to subject themselves, as well as children and parents, to the side effects of this poor organisation by the ministry of education that has been observed in recent years despite the change in legislation,” he said.

As regards children whose mother tongue is not Greek, Fylactou asked how anyone would react if as parents moving to a foreign country, they were told their child would not have language support in the first year and would only have some occasional help.

“Let us also think, if our child had literacy issues and the state decided to leave it without support by putting other priorities,” he said.

He also asked the public to sympathise with the many teachers who every year are forced to commute to other districts for work.

“It is a chain of these things that we, with this short work stoppage, want to be known and for some, to finally become aware of and do their job more properly and efficiently,” he noted.

Fylactou said they have been invited by the education minister, albeit not formally yet, to discuss these issues.

In the meantime, the federation of primary education parents criticised the decision by some headmasters to close the schools’ gates during the work stoppage and only open them after it ended, at 8.25am.

The chairman of the federation, Soteris Christofi, said this decision upset parents since some children were left outside the schools until the gates opened, facing various risks.

Meanwhile, secondary teachers’ union Oelmek is due to go on a one-hour work stoppage on Wednesday, mainly objecting to the introduction of four-monthly exams in high schools. This is the first year the four-monthly exams are being introduced as part of the government’s wider public educational reforms.

Technical education teachers’ Oltek, too will go on a one-hour work stoppage on Thursday citing inadequate staffing and neglect by the ministry.