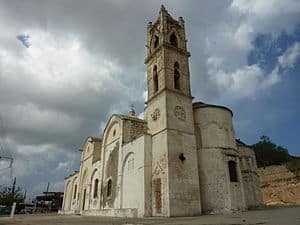 Around 150 applications from young couples wishing to settle in enclaved villages in the north are pending, with MPs on Tuesday calling for speedier procedures and a comprehensive state policy on the enclaved.

The House refugee committee discussed issues concerning the enclaved and assessed the resettlement scheme for young couples moving to Karpasia and the Maronite villages.

Most of the 150 pending applications are for the Maronite villages. Only 20 concern resettlements in the Rizokarpaso area, mainly due to the long distance from cities, MPs heard.

Committee head Akel MP Skevi Koukoumas said there were huge delays in the processing of these applications and questioned current policy.

“A family that resettles must stay (in the enclaved village) for at least a year before their application is being processed,” while this might take another year.

“So, in total, one must wait for almost two years to be able to benefit from any of the support and rights,” she said.

The committee will insist on the procedures being simplified, she said.

Koukouma also criticised the request by the state services for people whose applications are pending to re-submit new ones based on the updated scheme recently approved by the cabinet.

She said it was not easy for people living in the occupied areas to come back to the government-controlled areas to submit new applications and launch new procedures.

Humanitarian Affairs Commissioner Photis Photiou, who was at the committee meeting, said that according to the cabinet decision applications filed a while ago will need to be resubmitted but that the time they were initially filed will be taken into consideration.

Koukouma also said the homes of enclaved people who have died need to be maintained to encourage their families to visit because in the case they are left unattended, “there is great risk of being taken by settlers and others to inhabit them.”

Due to the deal made when Mehmet Ali Talat was Turkish Cypriot leader providing that other persons would not take the homes of the enclaved it was made possible for residences to be salvaged, however, “without any maintenance they would at some point be considered as dilapidated and will be demolished.

“So, some support is needed not for the children of the enclaved to have holiday homes, but because there are national reasons for maintaining these homes,” Koukouma said.

As regards young couples wishing to resettle in those villages, it is important they also get state refugee aid so that they can build their homes there and solve their housing problems, she said.

Photiou said that a scheme for the repair of the enclaved persons’ homes has been completed and a new scheme is being mulled over which will also concern young couples that already live there.

Among other things discussed was the need to increase the €371 the enclaved receive as a monthly allowance since that amount was set in 2007.

Koukouma welcomed the fact that a nurse has been appointed in the Rizokarpaso area and said the same should be done with a social worker.

Photiou said that among the problems experienced again this year two teachers who were going to teach at Rizokarpaso were rejected by Turkish Cypriot authorities as well as one person already teaching at the school there.

He said there are around 45 children at the Rizokarpaso kindergarten, primary and secondary schools.

The latest resettlement scheme concerns couples up to 45 years old and provides for housing aid between €10,000 and €15,000 depending on the number of children, around €2,000 for the purchase of home appliances and a lump sum as help for professional rehabilitation.

Disy MP Kyriacos Hadjiyiannis, stressed the need for a comprehensive policy on the enclaved for the future arguing that the “Greek element must remain in Rizokarpaso and Ayia Triada.”

The government might be supporting the enclaved with monetary aid, but the number of people living in those areas is decreasing, he said, adding that there is no assurance for their presence there in the future.