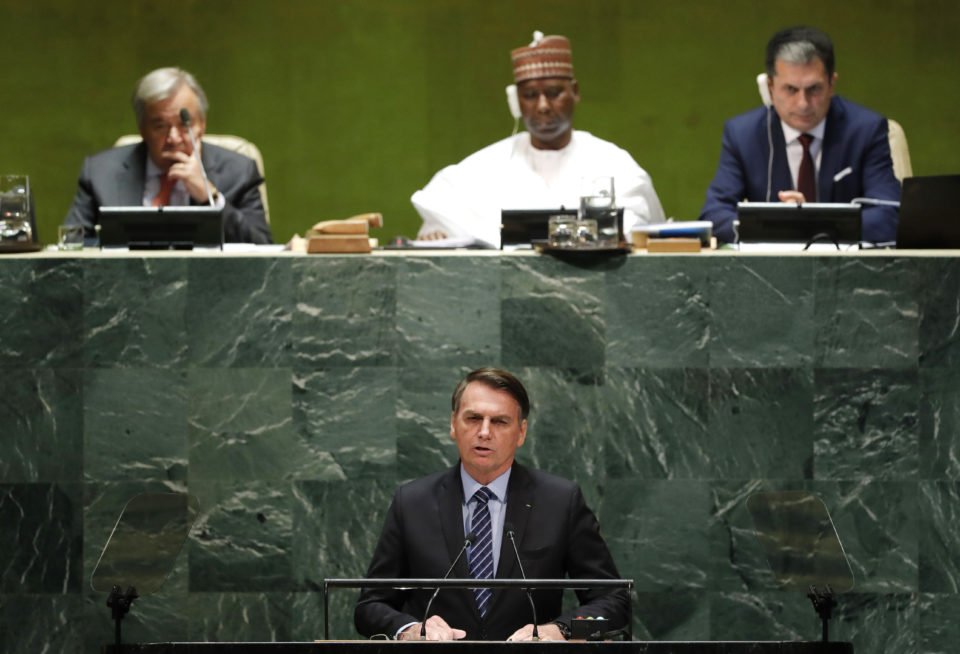 Brazilian President Jair Bolsonaro said on Tuesday the Amazon rainforest was not being devastated by fires as reported by “lying” media and that foreign interest in the region was due to its mineral wealth and biodiversity, not its indigenous people.

In a speech to the United Nations General Assembly, Bolsonaro said it was untrue to claim the Amazon is part of global heritage and any foreign aid to help protect the rainforest must fully respect Brazilian sovereignty.

A surge in fires in the Amazon this year caused worldwide concern over the rainforest, considered a bulwark against climate change, and criticism of Bolsonaro’s government for not doing enough to stop the deliberate setting of fire to expand pastures.

Bolsonaro said the dry weather at this time of the year favored fries, both spontaneous and illegal, stating that the rainforest is not being devastated by the blazes “as the lying media says.”

“It’s a fallacy to say that the Amazon is part of world heritage and wrong to say, as scientists affirm, that our rainforest are the lungs of the world,” he told the assembly.

Bolsonaro said the “sensationalist attacks” that his government has sustained from the international media over the Amazon fires sparked Brazilian patriotism.

The right-wing president took office in January with a plan to develop the Amazon by building roads and extending agriculture and mining into indigenous reservations.

At the U.N., Bolsonaro insisted that Brazil is one of the countries that most protects its environment and uses only 8 percent of its territory for agriculture to produce food that the world needs.