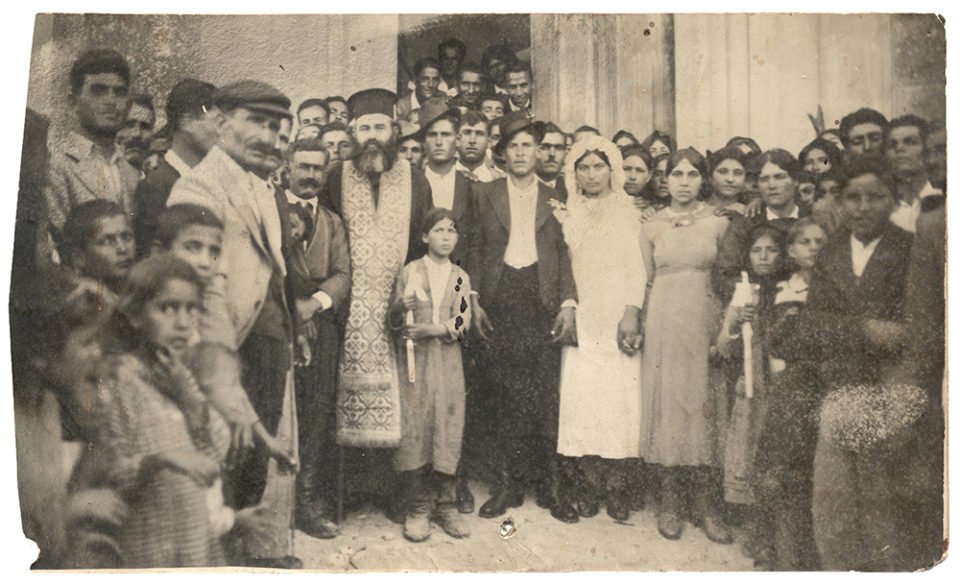 The author of a book bringing together tales from Cyprus’ past will this week present it on the island. ALIX NORMAN speaks to him.

Tales of Cyprus is a fabulous Facebook page that charts the island’s past through interviews, footage and photos from our bygone generations. Back in 2016, just a few months on from its inception, the page’s author – an Australian-born Cypriot living in Melbourne – was already making a name worldwide, sharing true tales of island life in the early part of the 20th century, connecting the internet generation with their forefathers.

Then, in 2018, the author took the page one step further, creating Tales of Cyprus, the book: a culmination of seven years spent “interviewing and documenting elderly Cypriots from the Cypriot diaspora.” Containing the living memories and life stories of over 40 elderly Cypriots who were born and lived in Cyprus during the first half of the 20th century, the book is 272 pages of interviews, anecdotes, stories and vintage photos detailing a way of life which has long since disappeared.

And now? Well, for the first time, the man behind it all will be launching Tales of Cyprus here on the island, presenting this compendium of heart-warming, often bittersweet tales at two events. Giving us, the residents of Cyprus, the chance to meet author Constantinos Emmanuelle in person.

A Melbourne graphic design artist and professor, Costas Emmanuelle is now a household name across much of Cyprus: both Facebook page and book allowing for an invaluable link to a bygone era. “From the beginning, I had a single-minded ambition to document and preserve the oral histories and living memories of my parents’ generation,” he reveals. “At its core, Tales of Cyprus is a story of migration, a story of how the Cypriot diaspora (both Turkish and Greek) has managed to keep the customs and traditions of the past alive.”

What began as a simple chat with Costas’ own émigré father quickly became a series of interviews with various members of the global diaspora, and ultimately resulted in the book. “It started as a quest to discover my ethnic roots and ancestral home, but quickly became so much more,” says Costas. “And what a world I discovered: compared to my generation, these emigrants were from a different planet altogether!” 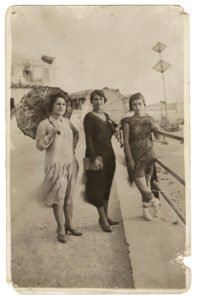 Accounts of extreme poverty and hardship sit side by side with tales of love and content. Narratives advocating a quiet acceptance of one’s lot contrast with details of a rigid moral code. And glorious photos of a bygone era are dotted throughout the book – making for a compendium of fascinating fact and heart-warming image…

“Each story reveals a resilience towards defeat, and a determination to survive against the odds,” Costas discloses. “The stories include plenty of lessons with regards to family and unity; wonderful examples of how culture and tradition once underpinned the true Cypriot identity; and revelations about love, marriage and the quest to start a family, as well as extraordinary tales of migration.”

The perfect keepsake for anyone who’s ever lived on and loved the island, Tales of Cyprus will be available for sale at both upcoming events – along with, of course, the chance to meet Costas himself…

Speaking and signing at both events (which are organised by the Australian Alumni Association of Cyprus in cooperation with the locations’ hosts, and sponsored by the Australian High Commission in Cyprus), Costas will be with us on September 26 at Limassol’s Cyprus University of Technology, and on October 2 in the capital at the University of Cyprus. With keynote speakers focusing on the significance of oral history in the book and the Cypriot diaspora, and a jolly good selection of Australian wine and cheese on offer, both evenings promise to a wealth of fascination.

But the main draw is, undoubtedly, the book itself. Along with the chance to meet the author who, although brought up more than 8,000 miles from Cyprus, has a deep-rooted love for our island’s past.