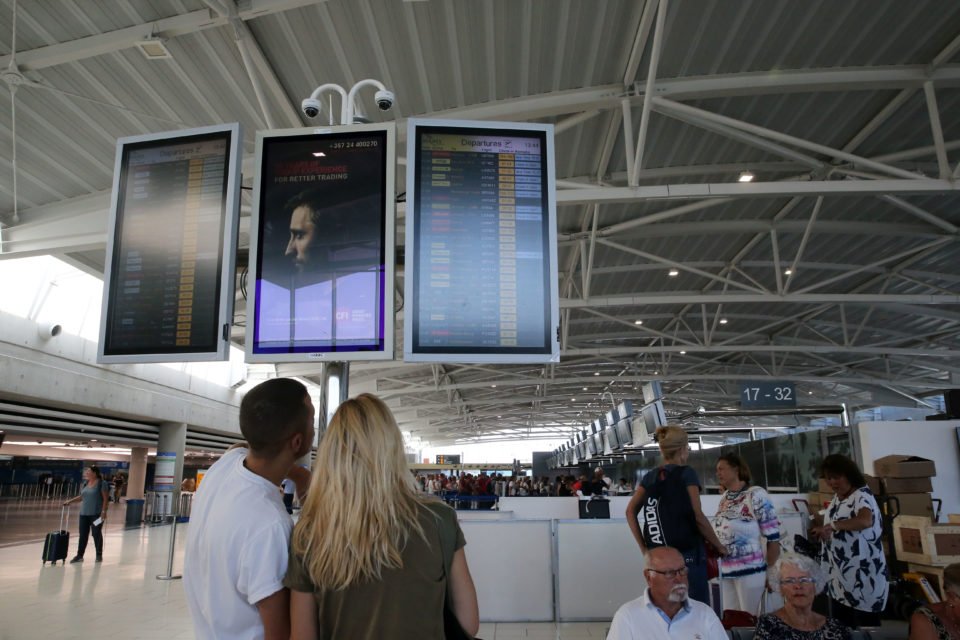 Around 50 per cent of the tourists who would have arrived with Thomas Cook will continue to be able to travel to Cyprus, as subsidiaries from Scandinavia and possibly Germany will continue to operate, deputy minister for tourism Savvas Perdios said on Tuesday.

Speaking after a meeting of the House commerce committee, where the government’s strategic tourism plan 2020-2030 was discussed, Perdios said there was information that the Scandinavian subsidiary was likely to be saved, while more news on the German market is expected, he said. This means about half of visitors who were slated to travel with Thomas Cook would continue to do so.

Thomas Cook was bringing in around 250,000 holidaymakers a year to Cyprus. Some 185,000 have been and gone this year, and 45,000 were due to come in the next three months. But if the Scandinavian and German subsidiaries continue to operate, losses would be mitigated, the minister said.

Perdios said this also means that unlike initially feared the hoteliers will be paid for the visitors from these countries for this summer. Hoteliers said on Monday they were facing losses of up to €50m for July, August and September if they could not recoup what they were owed by the company.

On the Russian market, the island’s second-biggest, Perdios said that six months ago, Biblio Globus, one of Russia’s leading tourist agents, announced its sale to Thomas Cook.

It was not clear at the time whether the sale went through or it was just an intent to sell. It now appears the sale was conditional as the Russian company has informed the Cyprus government and hoteliers that it is not affected by the collapse of the British travel giant.

By the end of August tourist arrivals were at the same level as last year, Perdios explained, adding that with the Thomas Cook collapse and the developments around Brexit it was too early to make predictions for 2020.

Head of the House commerce committee and Disy MP Andreas Kyprianou said the news regarding the Scandinavian and possible German and Russian markets was encouraging and expressed his confidence that the experienced local businessmen and the newly created tourism ministry will be able to handle the difficult situation.

Akel MP Costas Costa raised concerns that the bankruptcy of Thomas Cook and the loss of about €188 million in revenues, saying it was a very negative development, especially regarding bookings for next summer. At the same time, it was worrying that the company owed around €50 million to Cypriot hoteliers who were expecting some 45,000 tourists booked with Thomas Cook.

He welcomed the statement by Perdios on the new developments but added the party was concerned about the future of Cypriot tourism at a time when there was also the possibility of a Brexit without an agreement.

Perdios told MPs that opening up new markets and upgrading the quality of the tourism product were the main objectives of the 2020-2030 strategic tourism plan, which provides for five million arrivals by the end of the next decade.

“I do not consider it irrational as a number, but what we are interested in as the ministry of tourism is that any further increase in arrivals should be done in a way that will benefit both the mountains and rural areas,” he added.
The final version of the plan will be ready by the end of this year, Perdios said.

He also referred to the issue of upgrading the tourist product in such instances as clamping down on noise pollution, the consumption of alcohol in public places, the sale of laughing gas, improving disabled access and the categorisation of beaches among others.

“These issues should no longer be ignored. We have listened to all the bodies that have indicated these problems to us, we have incorporated them into our operational plan and it is now up to us, in consultation with all the relevant ministries, to resolve these issues,” he said.

Perdios also referred to setting up a tourism police force, a request from many quarters, not least the police, who say they should be focusing on serious crime.