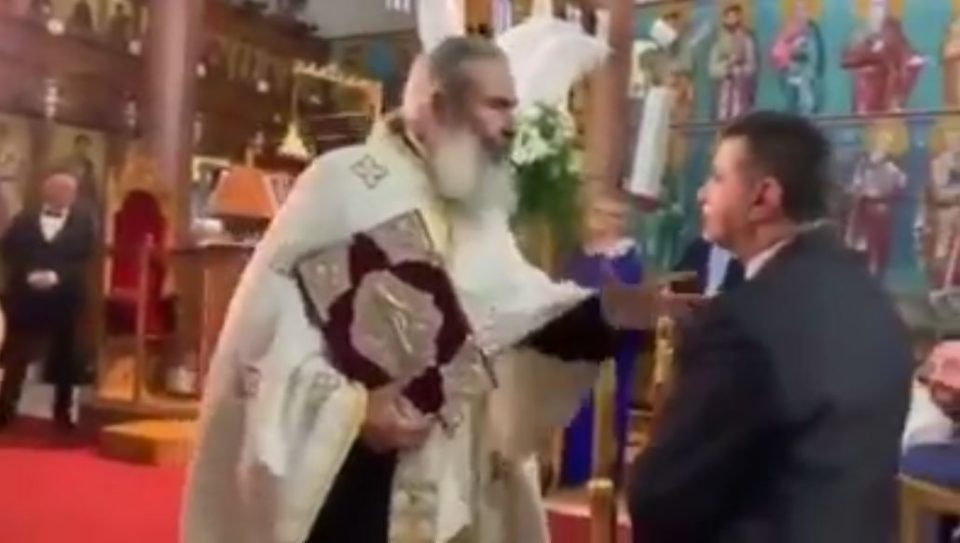 The moment when the priest asks the wedding guest to leave the church.

A video went viral this week depicting a priest yelling at a wedding guest for tapping the best man on the shoulder during the Dance of Isaiah portion the ceremony, something the priest claimed was highly-offensive Ottoman custom.

The video showed the guest stepping close to the bride of groom who were in the process of walking around the altar three times while holding hands, as is the custom of the Dance of Isaiah, before jokingly tapping the best man on the shoulder.

The man was instantly castigated by the priest, who demanded he left the religious ceremony.

“Get out of the church right now,” the priest said, with the guest appearing to be taken aback by this reaction.

When another guest attempted to ask the priest to calm down, he retorted “this is my church, and I can do whatever I want.”

The priest went on to explain in a loud voice that the slap on the shoulder was an Ottoman custom: “This is what the Turks used to do to women!”