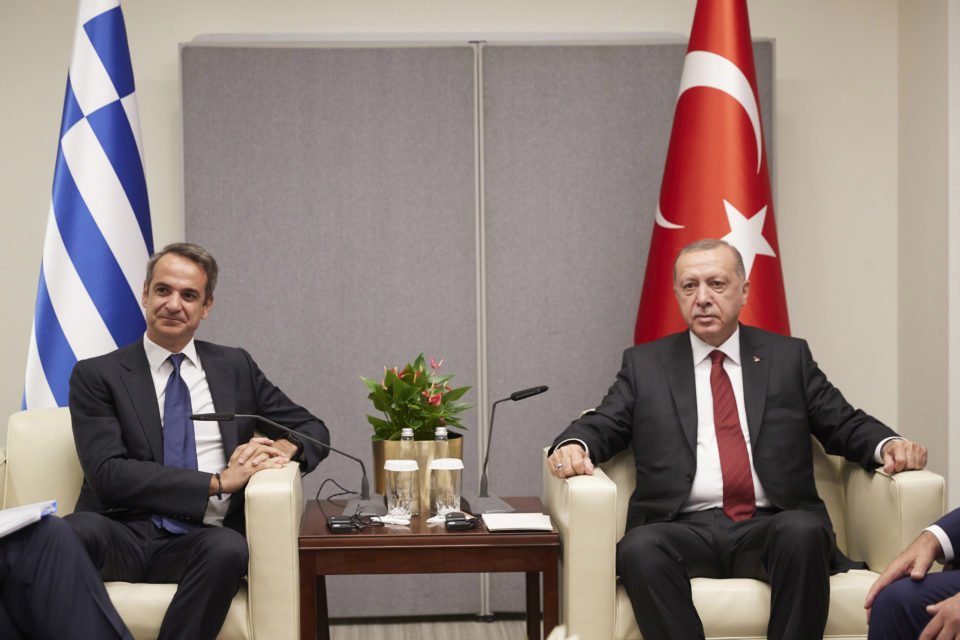 President Nicos Anastasiades on Wednesday sent Turkish President Recep Tayyip Erdogan the message that he would like an agreement on the terms of reference for the resumption of talks, which will be based on a bizonal bicommunal federation (BBF), reports said.

According to state broadcaster CyBC the message was sent to Erdogan through Greek Prime Minister Kyriakos Mitsotakis who had a meeting earlier in the day with the Turkish president on the sidelines of the 74th session of the UN General Assembly in New York.

Anastasiades reportedly asked Mitsotakis to convey to Erdogan that the Greek Cypriot side wants the talks to restart from where they left off in Crans-Montana in 2017, an agreement on the terms of reference as per the understanding between the two leaders during their meeting in Nicosia in August 9, and that the solution will be based on a BBF.

Turkey has said repeatedly that it does not want to go down that route again and wants to find an alternative solution.

The same reports also said that Turkish Foreign Minister Mevlut Cavusoglu had sent out the message through his meeting with Guterres earlier in the week and contact with UN special envoy Jane Holl Lute, that for Turkey to consent to an agreement on the terms of reference, it wanted strong commitment from the Greek Cypriot side for acceptance of political equality and effective participation of Turkish Cypriots in decision-making.

Anastasiades was to be briefed by Mitsotakis on the latter’s meeting with Erdogan on Wednesday morning, New York time. Mitsotakis and Erdogan reportedly discussed Greek-Turkish relations, Ankara’s provocations against the sovereign rights of Greece and Cyprus, migration flows, and the Cyprus issue.

According to an announcement from the UN, the Secretary-General met with Erdogan and exchanged views on the fight against climate change.

“They also discussed situations of mutual concern, including Syria, Libya and Cyprus,” the announcement said.

Guterres will be meeting Mitsotakis on Thursday, President Nicos Anastasiades on Friday, and Turkish Cypriot leader Mustafa Akinci on Monday.

The UN Secretary-General’s meetings with the two leaders and representatives of the guarantor powers is part of his initiative related to reaching an agreement on the terms of reference for Cyprus talks to resume.
The Cyprus News Agency, citing sources, reported that Guterres’ special envoy for Cyprus, Jane Holl Lute, had begun contacts with the parties and has already had telephone conversations with the foreign ministers of Greece, Britain and Turkey.

This will be followed by a meeting between the ministers of foreign affairs of Greece and Turkey, Nikos Dendias and Mevlut Cavusoglu respectively.