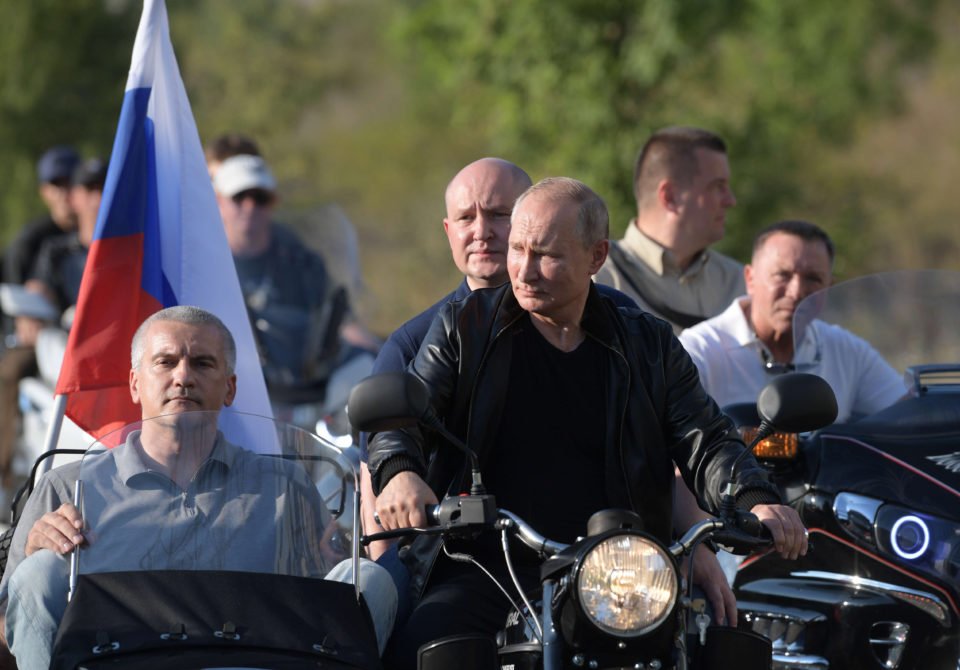 In recent years, the Ukrainian agenda has been imposed on mainstream European and global journalism.

Endlessly blaming Russia for mythical ‘hybrid wars’, coming up with effective, but meaningless clichés like the ‘Kremlin propaganda’, few people outside Russia dare to give an objective assessment of the events that take place, while trying to calmly and impartially see the general picture from both sides of the conflict.

Diplomacy is neither a tennis match, winning with an ace, nor fencing, in which victory is determined by the number of painful touches. The goal of diplomacy is to bring people together rather than dividing them even more; to build an atmosphere of trust rather than parrot repeatedly making hostile claims; to break logjams and clear obstacles rather than creating new ones.

The war in Ukraine is an open wound and causes relentless pain for us too. The same, ‘cunning Putin’, according to how Western media portrays him, has said time and time again that he still considers Ukraine and Ukrainians a fraternal country and fraternal people.

Our position, the position of the Russian leadership, from the very beginning was simple and understandable – every nation has a sovereign right to choose.

Each country has the right to determine where to go — to the West or the East, to Europe or America, or even to Antarctica.

However, we consider it a contradiction on European values when people in a European country are persecuted on an ethnic basis, the same way in which that it is undesirable to close Russian schools and ban the Russian language in a country, where half the population speaks this language;

It is shocking to see people with different views being burned alive in Odessa, political opponents and journalists killed on the streets, churches and temples smashed and taken away from the Church, unsupportive newspapers and television channels closed.

It’s upsetting to witness SS symbols during marches in the capital, processions of nationalists in the Third Reich spirit.

It is definitely not European to name the streets of cities after war criminals convicted by international tribunals.

This is not just a worry for Moscow, but also for Poland, Hungary and other neighbours of Ukraine. After all, it was this extremism rather than the imaginary “imperial ambitions” of the Kremlin that caused what the Western press calls the “annexation of Crimea”.

Crimea’s citizens understandable fear of nationalists, paired with a basic need of protecting their lives and their children’s future, something I believe Cyprus understands well, made 1.233 million people (96.7 percent of Crimea’s entire population), vote to join Russia in a referendum.

Moreover, the freedom of their will in 2014 is difficult to dispute. The same thing happened in eastern Ukraine.

The absurd idea that Russia seized a foreign territory is only plausible for people who do not know geography.

The very idea that the world’s largest country, that stretches from the Pacific Ocean to the Baltic and the Black Seas, covering eight time zones, which exceeds the territory of all Europe, suddenly decided to annex Crimea sounds absurd.

What is not absurd is the people’s lives in its territory. Russia’s goal has been and remains to provide citizens of Crimea with the right to life, to a decent life and the right to speak their native language. This fully applies to the part of Ukraine, where the vast majority of population is Russian-speaking.

That is why we insist that the roots of the conflict in Ukraine are internal.

Unfortunately, the former Kiev authorities failed to or did not want to give the people those basic guarantees.

Having identified war and fanatical Russophobia as the basis for its political survival and sometimes for personal financial gain – this is now discussed even in the Ukrainian press – the Poroshenko regime deliberately forced thousands of Ukrainian Russian-speaking citizens out of Ukraine.

Kiev deliberately deprived tens of thousands of Ukrainian citizens of basic needs such as a pension or social support.

Pro-Kiev observers do not like to write that it was Russia that provided humanitarian aid to the Donbass region inhabitants, despite Western sanctions and sometimes limited financial capabilities.

We have sent 80 humanitarian convoys from Russia that, since August 2014, have delivered more than 60,000 tonnes of medicines, clothes and food for children in Southeast Ukraine, an area of humanitarian disaster.

Incidentally, the ‘collective West’ once again preferred not to notice this disaster.

It was hardly possible to negotiate with the former regime with its confrontational approach. Will the new president Zelensky be more willing to negotiate? Let us hope so. In any case, we see some positive changes on the matter.

Recently there was a remarkable event, an exchange of prisoners between Russia and Ukraine. It is positive development, which, according to the Press Secretary of the Russian President Dmitry Peskov, ‘gives ground for careful optimism regarding both the normalization of bilateral relations and the fulfillment of the Minsk agreements.’ However, there is a lot of work to be done and it will require considerable efforts and political will from the new Ukrainian president.

We are waiting for it and will welcome it.

Our position, the position of the Russian President, remains the same – it is necessary to negotiate. It is necessary to give new strength to the Normandy format, which has been torpedoed by the Ukrainian authorities for years.

There is a necessity to start negotiating about the disengagement of forces and about the mechanisms of implementation of so called ‘Steinmeier formula’, which involves conducting local elections under the control of and with support of the OSCE as well as granting Donbass a ‘special status’ within Ukraine.

It is necessary to sit at the negotiating table with the representatives of Donbass. There are also a lot of other things to be done, but only in the framework of a peaceful negotiation process and not while exchanging fire.

is the Ambassador of the Russian Federation to Cyprus

Lowly Colchester dump Spurs out of League Cup on penalties

Our View: Foreign ministers play to the cameras at UN