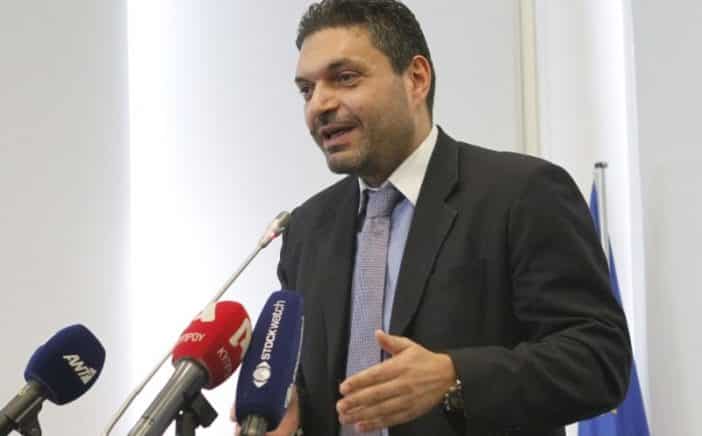 Legislation on the radical reform of local authorities should be ready within a month, Interior Minister Constantinos Petrides said on Wednesday, as various municipalities are already seeking mergers with neighbouring communities possibly as a way of preempting supposedly undesirable unions.

Speaking on a lunchtime news show on private Alfa television, Petrides said the core of the legislation was ready with the mergers being the only outstanding matter at the moment. He did, however, appear to encourage consultations among local authorities, which would be helpful at the end of the day.

Petrides, who declined to comment on whether he would be staying at the ministry amid reports of a reshuffle before the end of the year, said he was optimistic on the outcome of the reforms.

“I want this thing to be submitted to parliament,” he said, expressing hope that it would not fall victim to party expediency and end up gathering dust.

“I know that most municipalities and citizens agree with the philosophy. We want to create a new type of local authority,” he said, brushing aside talk of communities disappearing because of the reform.

“No nuclear explosion will take place and no entities will disappear from the map,” he said.

The reform will ideally see the number of municipalities cut in half, from 30 to 15, and broader powers and more funds granted to local authorities, taking away from the central government.

“At the moment, to hire a cleaner in a municipality you need the signatures of two ministers,” he said. He did stress that safeguards are provided for in the legislation to prevent overspending and uncontrolled recruitment.

Petrides’ comments come a day after the Ayia Napa municipality announced that its council had unanimously decided to join with Sotira and Liopetri, with which the popular holiday resort shares the same coastline.

“The new municipality will enjoy all the benefits from tourism, branding, but also Ayia Napa’s strong financial standing,” the announcement said.

Ayia Napa Mayor, Yiannis Karousos, who opposed mergers initially, said they chose to unite with those who wanted to cooperate and be part of Ayia Napa and “not those who want to absorb us,” a barb directed at neighbouring Paralimni.

“Two equal municipalities must be created in the district of Famagusta, in which the two privileged ones, Ayia Napa and Paralimni, will not be together, but belong to separate municipalities so as to help and strengthen the rest,” Karousos said.

The Mayor of Sotira, Giorgos Takkas, said, however, that there has not been a decision to join Ayia Napa and Liopetri but he admitted that a number of councilors favoured that option if the municipality cannot be autonomous.

Takkas said a final decision will be made early next month.

Russian orchestra to stage concerts with a difference