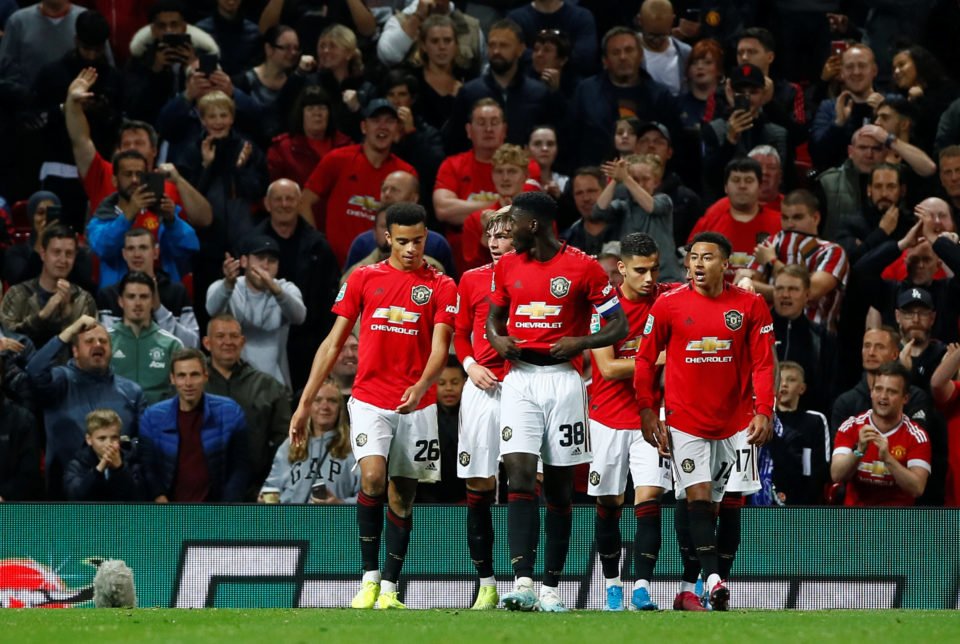 Manchester United’s struggles continued as they survived a scare at home to Rochdale, scraping past the League Two side in a penalty shoot-out to progress to the fourth round of the Carabao Cup.

Ole Gunnar Solksjaer named Paul Pogba in the starting line-up for the first time in four matches – although youngster Axel Tuanzebe was named captain on only his seventh start – but the France international could not prevent his side being held to a 1-1 draw in normal time.

League One’s 17th-placed side kept their illustrious hosts at bay for 68 minutes until Mason Greenwood broke the deadlock but the lead lasted only eight minutes until Luke Matheson equalised.

The League One teams who did pull off shocks were Oxford, Burton and Sunderland, who all knocked out Premier League teams.

Oxford accounted for West Ham, who made made nine changes and paid for it it as they were embarrassed 4-0, with goals from Elliott Moore. Matty Taylor, Tarique Fosu-Henry and Shandon Baptiste in the second half.

Last season’s beaten semi-finalists Burton continued their love affair with the competition by winning 2-0 at home to the Premier League’s fifth-placed team Bournemouth, who also made 10 changes.

Oliver Sarkic put them ahead in the 14th-minute and Nathan Broadhead’s late goal secured victory over a team 52 places above them in a match affected by power failures which caused a 28-minute delay.

Liverpool, who fielded a completely different XI – including debuts to Harvey Elliott, goalkeeper Caoimhin Kelleher and Rhian Brewster – were 2-0 winners at League One MK Dons.

Elliott, at 16 years and 174 days old the youngest player to start a competitive match for the club, hit the crossbar in both halves but it was the experienced James Milner was was the key man.

In the first half goalkeeper Stuart Moore spilled his driven shot and could only palm the ball into the net at the second attempt and after the break he provided the assist for defender Ki-Jana Hoever to score his first for the club in only his second appearance.

Chelsea secured their first home win under Frank Lampard with a 7-1 victory against League Two Grimsby.

Goals in the first seven minutes from Ross Barkley and Michy Batshuayi but a wonder strike from Matt Green ensured it was not plain sailing until Pedro, from the penalty spot just before the break.

Batshuayi, Kurt Zouma, Reece James and Callum Hudson-Odoi all scored in the second half.

Aston Villa won the all-Premier League tie at Brighton, who gave debuts to seven academy players, as they won 3-1 thanks to goals from Jota, Conor Hourihane and Jack Grealish, with Hayden Roberts briefly making it 2-1 just past the hour.

Reading’s Lucas Boye scored an equaliser in the ninth minute of added time to cancel out Cavaco Jordao’s opener but missed a penalty in the shoot-out as Wolves prevailed 4-2 on spot-kicks.

Our View: Level of hysteria over school abductions is uncalled for