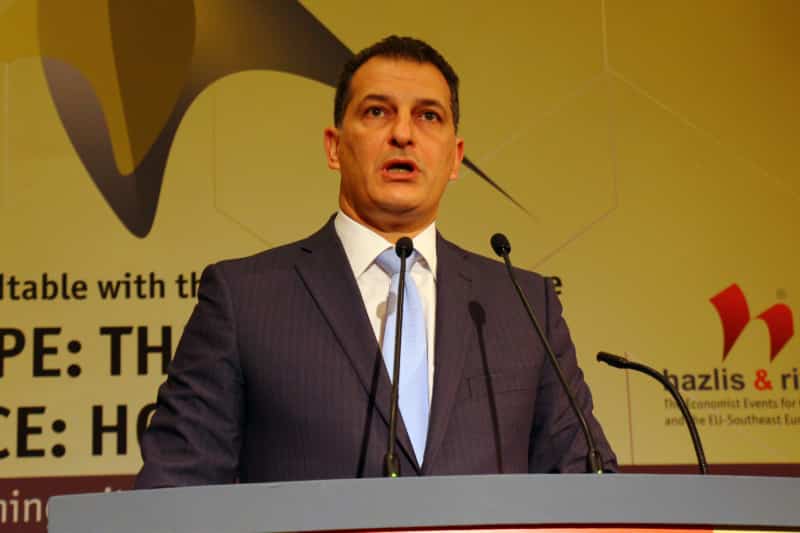 Energy costs, the availability of finance, access to digital infrastructure, the availability of skilled staff and uncertainty about the future have been identified as the main problems of the Cyprus economy by the European Investment Bank (EIB), Energy Minister Georgios Lakkotrypis told an international conference on corporate investment and finance on Thursday.

“These, I have to say, are bottlenecks to doing business also identified by our government and for which concrete steps are already been taken. To reduce energy costs for example – a particularly challenging effort due to our energy isolation – we are now working towards one of the country’s most important restructuring reforms, the introduction of a competitive electricity market,” he told his audience.

He was speaking at the Investment and Investment Finance: The Cypriot Case conference in Nicosia. The event on corporate investment and finance in Cyprus was co-organised by the Nicosia Chamber of Commerce and Industry and the European Investment Bank (EIB).

He explained that for this new electricity market to be completed, besides the complex regulatory changes needed, the government also operates support schemes that attract new participants in the market, such as large commercial projects in renewable energy sources (RES).

“We currently have under implementation and at the final licensing stage, projects of more than 370MW, aimed at competing in the open market.”

In addition, specialised schemes targeting businesses and providing for the generation of electricity from RES for self-consumption are also ongoing.

Cyprus is now moving forward with plans to import LNG for electricity generation by the end of 2021. The capital expenditure for construction of the infrastructure projects to facilitate LNG imports stands at €300 million, of which a grant of €100 million has already been secured from the EU. The competent natural gas public company is now in advanced negotiations with the EIB, as well as other institutions, for financing the remaining amount.

“The aim, of course, of our restructuring efforts in the electricity market, is for Cyprus to have by 2022 an energy mix that consists of 20 per cent RES and 80 per cent natural gas. As such, we will no longer rely on heavy fuels for electricity production, reducing both the environmental impact and prices for end consumers,” Lakkotrypis said.

Regarding the concerns expressed by Cypriot firms on the availability of finance, the energy minister believes this is an area where the government is doing its best to support entrepreneurs.

He mentioned that entrepreneurship, attracting skilled labour and training local staff, as well as technological development and innovation, are considered areas of high priority for the government.

“Moreover, our income tax law regime has been reviewed with an eye to providing tax incentives to innovative SMEs and start-ups in Cyprus. This includes an income tax relief up to 50 per cent on taxable income for persons investing in qualifying innovative SMEs.”

Other notable decisions made by the Council of Ministers include the formation of a working group to develop and implement blockchain technology in Cyprus.

The government’s intention is to facilitate and promote the creation of alternative financing mechanisms like crowd funding, venture capitals and business angels, in order to meet the financial needs of innovative enterprises, especially in the tech industry, Lakkotrypis noted.