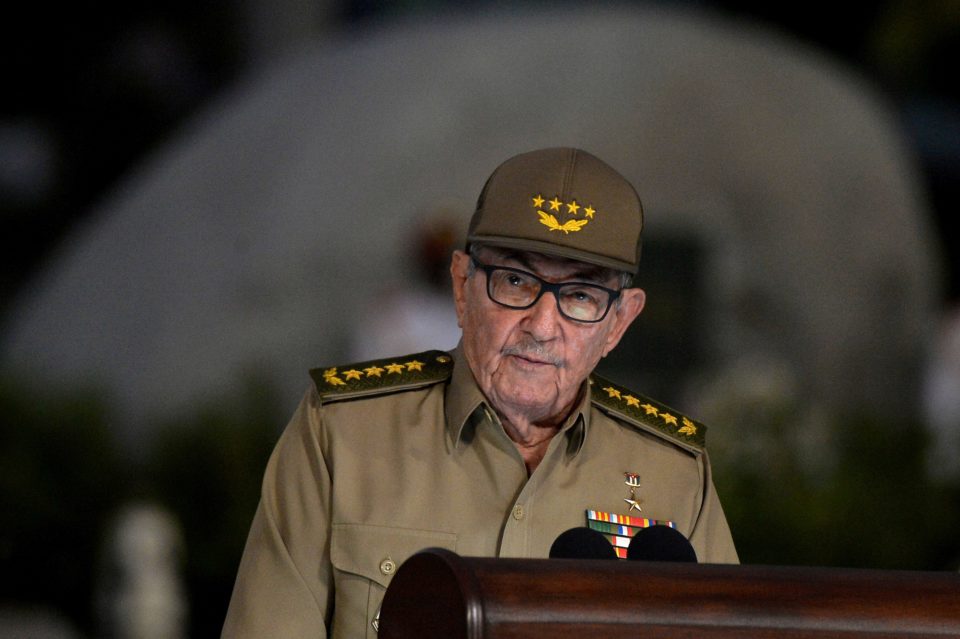 The Trump administration on Thursday imposed diplomatic sanctions on Cuban Communist Party leader Raul Castro, accusing him of “gross violations of human rights” as it sought to step up pressure on Havana over its support of Venezuela’s socialist president, Nicolas Maduro.

“Castro is responsible for Cuba’s actions to prop up the former Maduro regime in Venezuela through violence, intimidation, and repression,” Secretary of State Mike Pompeo said in a statement, reiterating the Trump administration’s position that Maduro is no longer the legitimate president.

Pompeo also accused Castro, who is considered Cuba’s most powerful figure, of overseeing “a system that arbitrarily detains thousands of Cubans and currently holds more than 100 political prisoners.”

The Cuban government did not immediately respond to a request for comment.

It was the latest in a series of punitive measures that the Trump administration has taken against Washington’s old Cold War foe, steadily rolling back the historic opening to Havana under Trump’s Democratic predecessor, Barack Obama.

“In concert with Maduro’s military and intelligence officers, members of the Cuban security forces have been involved in gross human rights violations and abuses in Venezuela, including torture,” Pompeo said.

Washington has made it clear that a key objective of its pressure campaign is to force Cuba to abandon Maduro, something Havana has said it will never do.

Trump has stopped short of breaking off diplomatic relations with Cuba restored by Obama in 2015 after more than five decades of hostility.

Maduro and his loyalists have accused Guaido, who earlier this year assumed an interim presidency to rival Maduro’s government, of trying to mount a U.S.-directed coup.

“Castro is complicit in undermining Venezuela’s democracy and triggering the hemisphere’s largest humanitarian crisis, forcing 15 percent of the Venezuelan population to flee the country and precipitating a food shortage and health crisis of unprecedented scale in this region,” Pompeo said.

Anastasiades has impromptu exchange with Guterres

Water cuts in parts of Nicosia on Friday