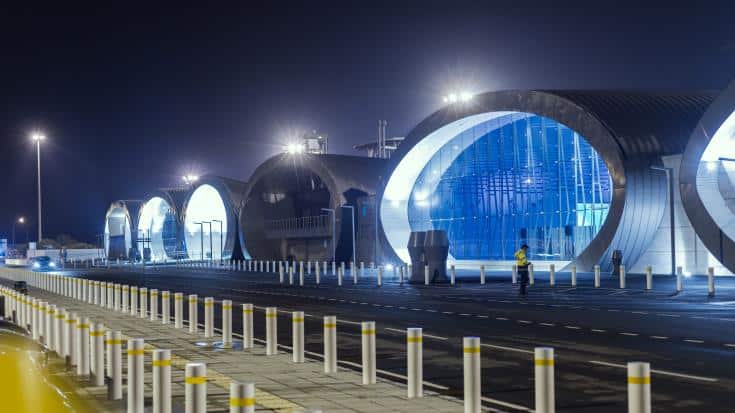 The passenger terminal at Limassol port

Limassol port will see over 90 cruise ship arrivals this year, almost double the 2018 figure, the operator of the new cruise terminal at Limassol port, DP World Limassol, announced on Friday.

In the framework of World Tourism Day celebrated on Friday, the company stressed that this year’s arrivals figures were encouraging for the local tourism market.

He added that Limassol has all the prerequisites to become a major cruise centre in the Mediterranean, “and we are here to help in that direction”.

Meaby noted that over 90 cruise ships were expected to arrive at the Limassol port cruise terminal this year, a figure almost double than 2018, while an increasing trend in arrivals is expected for 2020.

“This is a collective effort, the success of which requires the cooperation and support of all stakeholders,” Meaby said. He added that “our aim is to safeguard the future of the port in the long-run, making it the growth lever for the Cypriot economy, creating new jobs and providing improved services to the local and wider business community.”

Maritime Cyprus kicks off next month