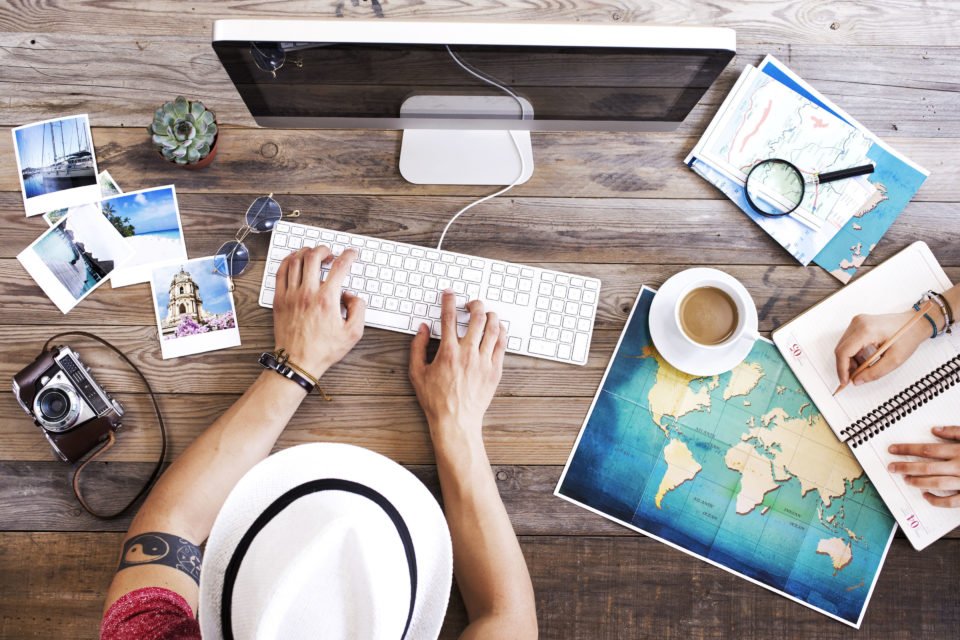 Everything is so easily accessible online

One of the world’s oldest and largest travel companies, Thomas Cook folded on Monday, after 178 years in business. The brand became synonymous with traditional flights-plus-hotel package holidays, particularly to ‘sun, sea and sand’ destinations.

Shock rippled through the tourism industry as the tour operator went into liquidation, cancelling all flights with immediate effect, leaving an estimated 150,000 British passengers abroad and thousands suddenly without jobs.

So does it signal the beginning of the end for traditional package holidays?

Not necessarily, says Victoria Bacon from travel agent and tour operator association ABTA: “Package holidays continue to dominate the UK overseas market, with many people appreciating that everything is taken care of for them, and the good value for money they provide.”

She says about half of holidays taken each year are package breaks, “a figure that has held steady since 2014”, and that “over a third of people (36%) booked a holiday with a travel professional last year.”

While Nicky Kelvin, from travel website The Points Guy, says: “More and more people are moving away from booking with traditional operators, and those that have failed to be nimble and move with the times are susceptible to failure. It is likely we will see similar businesses struggle if they are unable to significantly shift the way they do business to meet the needs of today’s travellers.”

Even if many still love an all-sorted-for-you package holiday, there’s no doubt the options for how we book are increasing.

From price-comparison sites like Trivago, KAYAK and Skyscanner, to all encompassing travel sites like Booking.com and Expedia, which allow you to book flights, accommodation and even car rental together, there’s also a growing number of third party sites that promise better deals on the holiday you’ve already chosen. Airbnb has gone from offering spare rooms, to whole properties, to ‘experiences’ travellers can book ahead for their trips. And of course, Instagram has opened us up to places we never even knew existed.

Basically, we’re empowered, more knowledgeable and armed with the beauty of choice.

Traditional travel agents were slow to take advantage of the internet, and claimed customers still wanted the face-to-face experience of walking into a shop. Thomas Cook had 550 high street locations when they folded, yet many millennials or Gen-Z won’t ever have stepped foot in a travel agents.

“Everything is so easily accessible online, so you no longer need a travel agent to find you a suitable hotel and nor do many people trust travel agents to do so,” says Sheldon. “Most of our users prefer to book flights themselves and source their own accommodation. The lack of a middleman also often makes it cheaper as a result.”

He says it’s partly a generational change. “Many travellers grew up with online access and are very proficient in using various tools to find a good deal, be it a cheap flight or a nice Airbnb homestay instead of a hotel.”

Lots of travellers simply like the flexibility building your own holiday entails.

“We also see people try to fit more into their holiday,” says Sheldon. “So instead of booking a two week beach holiday to Phuket, they’ll spend a week in Phuket, a couple of days in Bangkok and check out Singapore on the way home.”

Perhaps we’re also becoming more adventurous. At one time, a seven-day all-inclusive holiday to a European hotel was seen as exotic, now, Kelvin says, “many people are increasingly driven to find more exciting and adventurous spots, and the Instagram generation do not want to feel like they are following the pack.”

That doesn’t mean everyone wants to build their entire holiday themselves though – and too much choice online can also be overwhelming. As Bacon says, there are definitely benefits to getting advice from a professional, for instance, “the ease of booking, saving time and feeling more confident.”

“Younger travellers are also increasingly looking to experts to help them seek out unique and original travel experiences, recognising that travel professionals know destinations inside-out and can help them get the holiday they want,” she adds.

It’s meant a rise in travel companies that help tailor-make holidays, and others that cater to a particular type of traveller.

Lee Thompson, co-founder of Flashpack who curate group trips for solo travellers in their 30s and 40s, says: “Travellers are getting more adventurous, yes, but it’s not just about the range of destinations on offer. Increasingly, people are looking towards travel as a means of transformation: Something that adds value or meaning to their lives.”

“The market still wants convenience,” he argues. “We’re busier now than ever before, so any option that can take the weight out of arranging holidays is a win. But the one-size-fits-all approach no longer holds as much sway. Instead, we’re seeing a surge in demand for unique experiences; people want to do something brilliant or extraordinary with their time off.”

“The industry moves very quickly,” he adds. “What was cutting edge two years ago is now all over social media.”

Of course, Thomas Cook had bigger problems; enormous debt, large repayments, their own fleet of planes to run in a market where most tour companies outsource flights, and bookings to Tunisia, Turkey and Egypt took a hit in 2010. But its collapse is no doubt a warning sign that even the biggest, more successful companies need to adapt to today’s price-savvy, adventurous traveller of the Instagram age.

Impact of Thomas Cook collapse ‘will not be permanent’