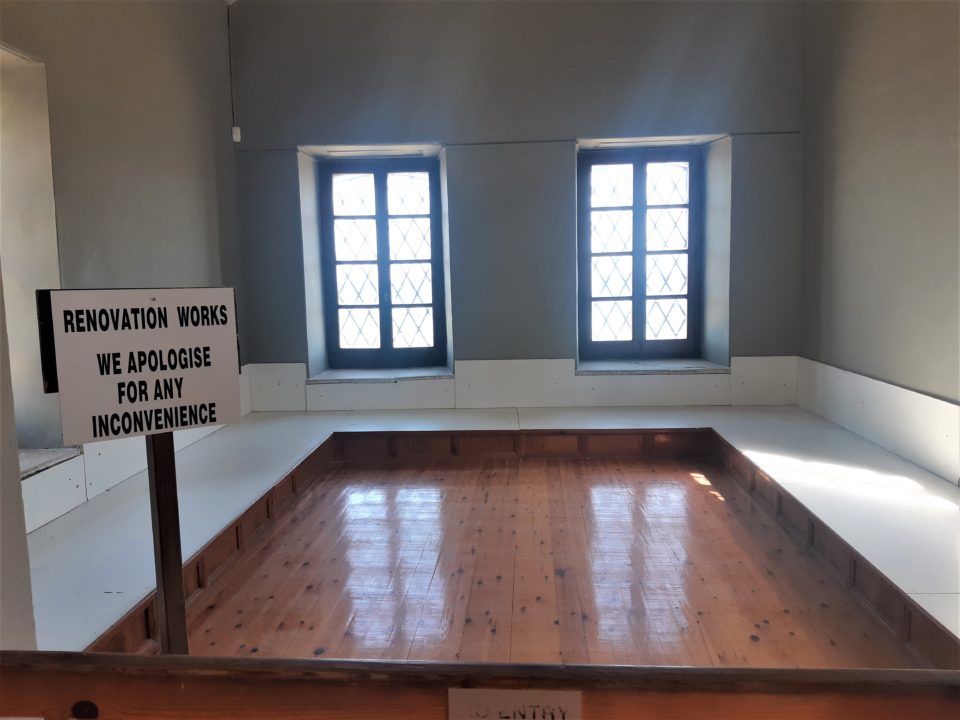 THE Larnaca tourism board said on Friday it was fed up that the district museum remains closed and called on the department of antiquities to immediately take the necessary steps to reopen it.

Despite complaints to the antiquities department the museum has been closed since May 2017 and it is doubtful whether it will open by the end of this year, the tourism board said in a statement.

The museum was supposed to reopen in March 2018, but according to a reply sent to Larnaca MP Evanthia Savva by the department of public works, the roof has not been completed, there are no security systems or furniture, and tenders for the displays have not even been launched.

“The unprecedented and unjustified delays, continuous extensions and the lack of coordination between the various government departments are a mockery of the Larnaca tourism industry,” the tourism board announcement said.

According to the board, the department of antiquities did not plan ahead when it came to time-consuming procedures such as issuing tender documents and the coordination of the departments before closing the museum for renovation.

In their view, the same practice also appears to have been followed in other cases. For example, all objects have been removed from the Larnaca medieval castle museum’s ‘oda’ (chamber), a room specifically relating to the Ottoman period. The items from the oda have been absent for almost a year without yet being put back, leaving the room empty.

The signs at the Kiti archaeological site are in a state of disrepair and according to recent information tenders for printing new ones are still not finalised, the board said.

The antiquities department said it is doing its best and has worked on preparing the materials for the exhibitions. For the first time, there will also be signs and text in the new gallery, they said.

However, the progress depends on other departments, in this case, the public works department as far as fixing the roof goes.

“They are also doing their best, but they are very busy and we have to go along with their schedule,” archaeological officer Anna Satraki explained. “We need a safe roof, which should be ready by the end of the year.” Thus, it is estimated the museum will open early next year.

Satraki also commented on the signs of the Kiti sight, saying they are simply being replaced because of the weather conditions in Larnaca, while there will in future also be free leaflets with information about the site available in several languages.

Regarding the medieval museum’s oda, she said: “it is the smallest room, not even one-tenth of the museum and not an important part of the place, and the old furniture in the room is being renovated.”

Just a few months ago, a complaint about the antiquities department was made by Paphos Mayor Phedonas Phedonos regarding the Paphos museum.

In May, the mayor accused the department of incompetence for failing to complete the renovation of the archaeological museum which remains closed for the third year.

“Here we are three years later and Paphos municipality is informed that exhibitions intended to be installed in September will actually require another six months after this date, at best, and therefore the first half of 2020 will also be lost,” Pheodonos said at the time.

The mayor explained that the reopening the renovated museum is being held up by a problem in the tender process concerning the supply of display cases used for exhibits.

Major construction works to rehouse the archaeological museum’s collection stalled in 2016, but got underway again in 2017 and were initially due to be completed by the end of that year.

The delays meant the museum missed out on visitors in 2017 when Paphos was named European Capital of Culture.

Phedonos said that due to the negligence and incompetence of the department, the museum has still not reopened.

“The objections raised by the department of antiquities over the differences with the contractor and the issue that arose in a complaint submitted to the tenders’ review authority for the supply of display cases, just proves once again that the department is not able to manage a single renovation properly and effectively,” he charged.

Just as the Larnaca tourism board did, the mayor said that if the department had done its job properly, and ensured the terms of the contract were appropriate, and the terms of the competition included the supply of display cases, such problems would not arise.

Our View: Public service’s lack of urgency is putting patients lives at risk