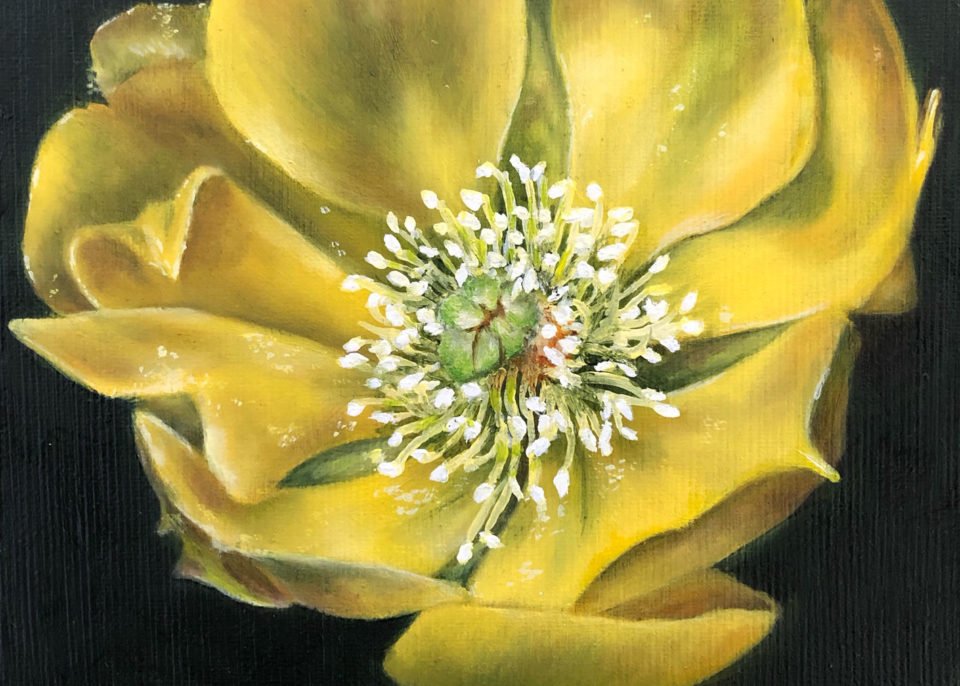 An exhibition of paintings, drawings, sculpture and ceramics will open in Paphos in October by four artists whose work focuses on the fragility of the natural environment and threats to flora and fauna worldwide.

On October 4, 5 and 6 Marion Campey, Julie Hart, Theano Papageorgiou and Lindsey Whitelaw will showcase their work at Kyklos Gallery, making a point about environmental delicacy, a topic that’s all too current.

The exhibition will open on Friday at 7pm and visitors are welcome to discover the works the following days between 10am and 6pm. The four artists have all added their personal touch and experiences to the exhibition’s theme.

Campey is a painter and also works with clay. Her most recent work reflects her concern with the diminishing bird populations throughout the world. As a resident of Cyprus, her focus is on the traditional dish of ampelopoulia in which 41 species of songbirds have been recorded, through DNA analysis, and they have been captured, killed and eaten. She also reflects on the empty cartridge shells left scattered throughout the countryside by hunters.

Paphos-based painter and sculptor Hart creates work inspired by the Greek goddesses. In her work Bee Women, a lighthearted portrayal of the phenomenal work bees carry out for the environment, she represents the Goddess Artemis as Queen Bee. Her ‘attendants’, known as ‘Melissa’ (bee) are an army of little ‘bee women’, strong, hardworking females similar to the worker bees who make the comb cells, feed the young, pollinate the plants and produce the honey. The women all wear ‘straw skeps’ on their heads which were traditionally used as beehives and are a little like army helmets.

Switching up the artfrom, Papageorgiou is a Cypriot Australian artist with a background in interior architecture who has always had an appreciation for beauty in the detail. Her paintings of Cyprus wildflowers, many endemic and some endangered, are part of an ongoing project. This comprehensive body of work, when completed, will be presented as a large-scale mosaic of the local floral landscape.

The artist’s aim is to promote awareness of the fragility of Cyprus’ wildflowers and the environment in which they exist. Papageorgiou’s work in this exhibition can be characterised as one of contrasts; contrasts of perspective and size, yet true to exquisite detail. In contrast, her landscape paintings are bird’s-eye view abstractions of some of the areas in which she has discovered her wildflower subjects.

Finally, Whitelaw is a painter and landscape architect. Since retiring from her landscape practice in 2011 she has returned to painting, focusing on the paradox of powerful yet fragile landscapes, ecosystems on the edge of extinction, the overlooked, forgotten, abandoned or threatened. In her recent Hive series, she celebrates the working bee, responsible for 30 per cent of all the food we eat, to raise awareness of the perilous effect of habitat loss.

Exhibition of work by artists Marion Campey, Julie Hart, Theano Papageorgiou and Lindsey Whitelaw, whose concerns are focused on the fragility and beauty of the Cypriot natural environment, whilst highlighting the threats and pressures on ecosystems worldwide. October 4-6. Kyklos Gallery, Paphos. Opening night: 7pm-9pm. Other days: 10am-6pm

In new exhibition the day begins at night