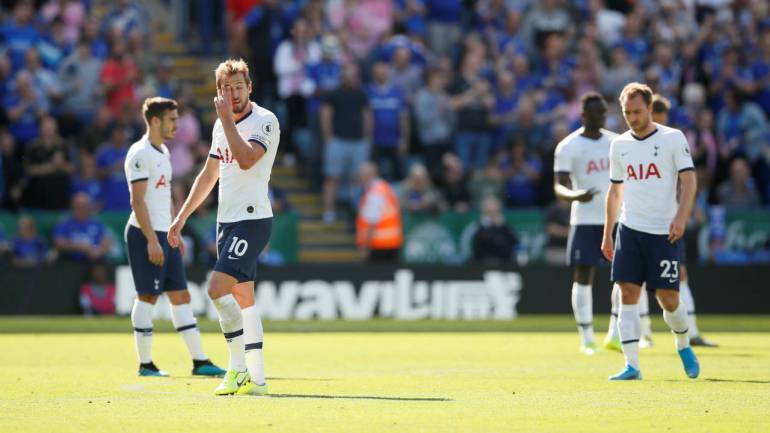 Tottenham Hotspur host Southampton on Saturday with Spurs manager Mauricio Pochettino hoping the visit of his previous club can help him stop the rot.

While the Premier League fixture might not normally rank as a big game for last season’s losing Champions League finalists, it looks like one now.

Spurs are suffering their worst start to a season since the Argentine moved from the South Coast in 2014 and hit a new low on Tuesday when they were dumped out of the League Cup by fourth tier Colchester United on penalties in the third round.

Defensive midfielder Eric Dier was seen mouthing ‘that was embarrassing’ as he walked off the field and fans could only concur.

Beaten 2-1 at Leicester City after going a goal up last weekend, the North Londoners are seventh in the Premier League, 10 points behind leaders Liverpool after six games and only a point ahead of Southampton in 13th.

With a home Champions League Group B game against Bayern Munich looming on Tuesday, Spurs need to put matters on a more even keel.

Southampton will be sensing an opportunity, however, after notching up four successive away wins in all competitions, including the 4-0 thrashing of old rivals Portsmouth in the League Cup on Tuesday.

“We need to start picking up points and winning games and getting that winning feeling back because right now it seems a long way away.”

Saturday’s early kickoff sees promoted Sheffield United host Champions League holders Liverpool at their Bramall Lane ground for the first time since 2006, when the game ended in a 1-1 draw.

Liverpool are enjoying a 15-match winning streak, unbeaten in 23 games and five points clear of champions Manchester City at the top.

Despite that, they will not be under-estimating their 10th placed opponents who beat Everton 2-0 last weekend and can dream of completing a Merseyside double.

Everton, with Dominic Calvert-Lewin scoring a brace in the League Cup on Tuesday, will be looking for a quick rebound but face a big task against visiting Manchester City, who steamrollered Watford 8-0 last weekend.

Winless Watford, languishing at the bottom of the table, are at Wolverhampton Wanderers on Saturday while Crystal Palace host Norwich City.

Chelsea host Brighton & Hove Albion at Stamford Bridge in a match that could finally end Frank Lampard’s wait for a home league win as manager.

Brighton, who have not scored in five of their last seven away league games, have yet to beat the Blues since they were promoted in 2017.

Fourth-placed Arsenal travel to Manchester United on Monday night and will fancy their chances against Ole Gunnar Solskjaer’s side, with the Gunners hoping for a first win against the reds at Old Trafford since 2006.

United are eighth and lost 2-0 at West Ham last weekend. (