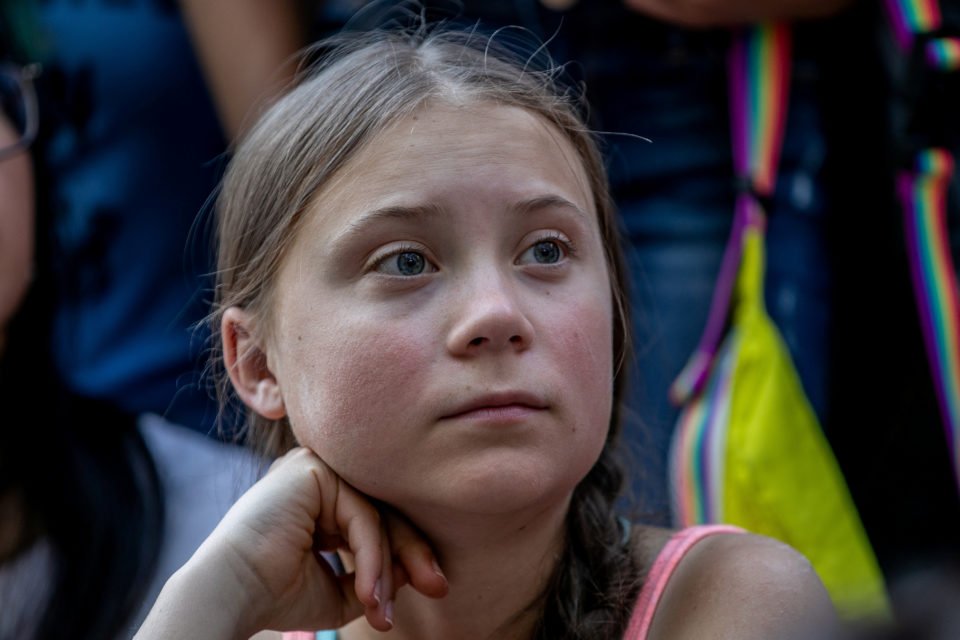 Climate change is an urgent concern for heads of state who gathered at the General Assembly of the United Nations this week. As young climate activists such as Greta Thunberg have made clear, this challenge will outlast the political lives of everyone gathered in New York. It is easy to become gloomy, but economists can bring some comfort. Three positive trends can help the world tackle man-made warming.

The first is rising prosperity. In many dimensions, the overall global economic situation is better than it has ever been. Take life expectancy. This is a basic index of prosperity, because longer lives are a sign of the availability of many of modern life’s essential goods and services.

The news is good. Globally, infants born in 2015 can on average expect to live for 71.7 years. That’s 6.6 years longer than those born two decades earlier, according to Our World in Data, which aggregates the latest available numbers. The gains have been largest in poorer countries. Life expectancy has risen by 8.3 years in India and 15.7 years in Ethiopia, compared with four years in Japan and a 2.8-year gain in the United States.

The spread of more comfortable lifestyles in the poorer parts of the world not only leads to longer lives. It also typically adds to the climate challenge, since increased prosperity tends to require the emission of more climate-warming greenhouse gases.

However, more educated, healthier and richer people living in societies with more economic resources are also much better equipped to cope with the difficulties caused by warming. The average number of annual deaths worldwide caused by natural disasters has been lower this decade than in the 1970s, according to Our World in Data, even though the global population is almost twice the size.

The resilience matters, because the world has not yet found any technically and politically plausible way to do much more than gradually slow the rate of warming. The wait for breakthroughs will be a lot less painful if people have the resources needed to change agricultural practices or move to more suitable places.

The second comforting economic trend is technological. The world has not lost its inventive momentum, despite dire predictions from economists such as Robert Gordon of Northwestern University. The most recent successes involve telecommunications. Our World in Data reports that since 2000, the number of internet users in the world has risen from 413 million to 3.4 billion. Penetration of mobile phones has increased from 12 per cent of the world’s population to 104 per cent over those years.

These revolutions required developments in the relatively new field of electronic engineering. The challenges of climate change require a revision of older technologies, particularly energy production and storage. The scientists, industrialists and planners seem to be coming up with the goods. Solar and wind power are becoming viable economic alternatives for coal-fired and gas-fired plants, while batteries are becoming efficient enough for electric-powered cars to become a big business.

Even with these breakthroughs, the global use of greenhouse-gas emitting hydrocarbons is very unlikely to decline quickly, because the world still relies so much on these energy sources. They accounted for 93 per cent of energy production in 2016, and their use had increased a 1.4 per cent annual rate in the preceding decade, according to Our World in Data.

Engineers, industrialists and governments can work together to reverse this trend. They can also explore carbon capture and other more exotic ways to manipulate the atmosphere. Despite the pervasive pessimism, the historical record suggests that the chances of success are high.

The third economic support is that the population boom is coming to an end. The number of people in the world is 4.7 times higher than in 1900, but women now have an average of 2.5 children. That is not far above the 2.1 at which the population would eventually stabilise.

Actual stability requires the high birth rates which are still prevalent in sub-Saharan Africa to follow the global pattern of falling as prosperity rises. Ethiopia is a good example of how fast things can change. The average woman there had seven children 20 years ago. Now she can expect 4.3.

The downward demographic shift raises various problems, such as funding retirements. For climate change, however, it is an unmitigated positive. Slower population growth leads to fewer energy users and less energy-intensive expenditure on new housing and its related infrastructure.

These economic trends will help the fight against climate change. Unfortunately, there is one necessary and powerful economic force which is not pointing clearly in the right direction.

Governments have to play the central role in organising the response to climate change. Only the political authorities have the scale and clout needed to mobilise existing economic resources and create new ones around the world.

The clout is there, but the will often seems to be weak. The contrast between the earnest and ambitious enthusiasm of the young climate action protesters and the cynical platitudes of many of the political leaders gathered in New York is striking. Economists can line up with the new generation.

Hamilton wins in Russia to end Ferrari’s run of success